Parrots are sociable birds, in general. Many species live in flocks in the wild, and most of them, at the very least, gather together to forage food. As long as you avoid putting different sized species together, you will usually find that parrots get along just fine.

But there are exceptions, of course. Lovebirds tend to be aggressive (yes, their love is only for each other, not for their other cage-mates!) Cockatoos often look for trouble. Budgies are so small that they're likely to be bullied by any other parrot species. In general, never mix and match the sixes of bird in your aviary, and always ask for advice before introducing new birds to the set-up. 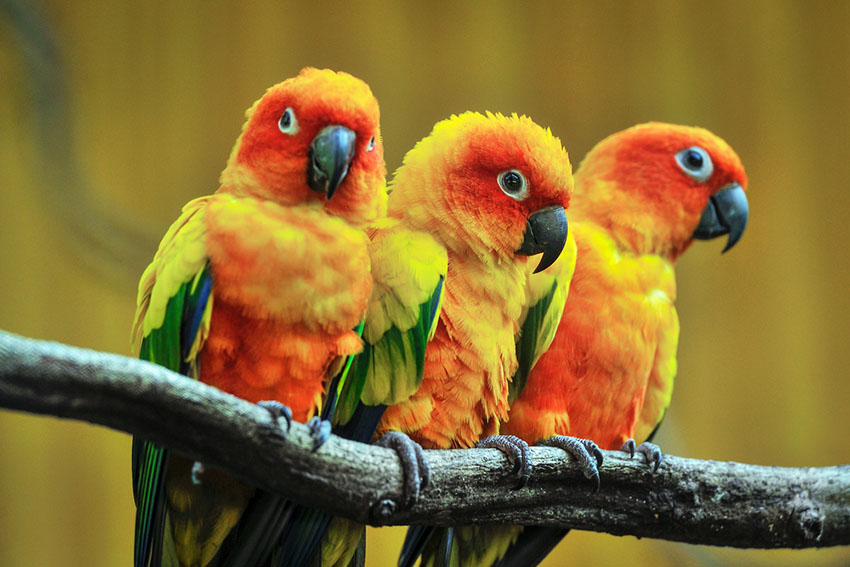 
Keeping More Than One Parrot

Smaller parrots can live in small flocks in an aviary, but you will need lots of space for that to work. Some species simply don't enjoy company, though, even if it's a member of their own species. These loners include African Greys and most of the Cockatoos (with the exception of breeding pairs, of course). Lovebirds only have eyes for their partner, and will be aggressive to any other bird who comes too close.

One way of making sure birds are used to each other is to buy them at the same time while they are still young. Otherwise, the surprising hatred that can arise between two birds can even cause squawking arguments when the birds live in separate cages. If you have parrots that strongly dislike each other, keeping them in different rooms may be your only option. Some aviaries have partitions to stop birds from fighting – although, again, they may still squawk and scream at each other through the bars! 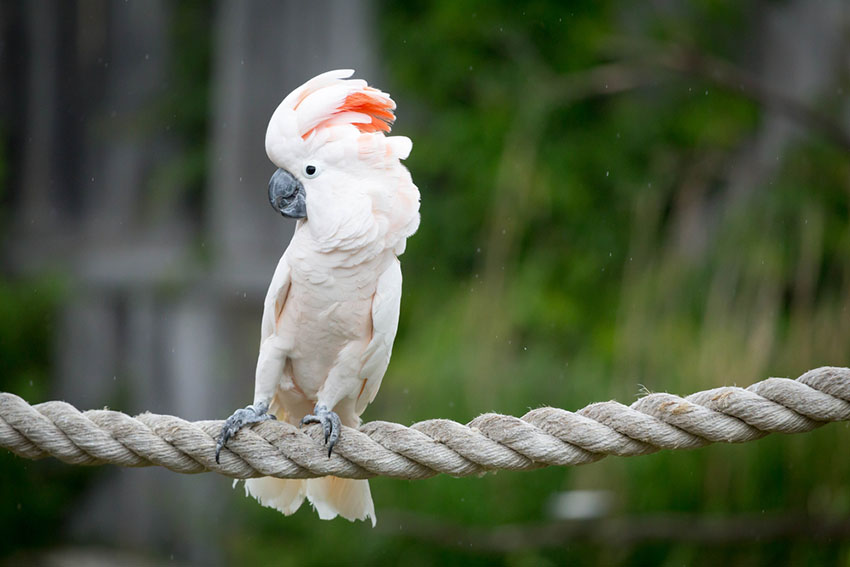 A Cockatoo who loves you will hate other Cockatoos!

Hand-reared birds are the ones with the worst social skills. They will love you, once they have bonded with you, but will treat all other parrots as a rival to be hounded and hissed at. Also, a male parrot such as a Cockatoo will have no idea how to act with a female Cockatoo. In these circumstances it is common for the male to attack and - if he can - kill the female. So, any bird that has been brought up alone by a human must always remain alone. That sounds a little sad, but the point is that you are their beloved companion, and they need no other.

If parrots have paired up, they will not be happy if a newly introduced third bird appears in their midst, and will try to kill it. A similar problem occurs with same-sex pairs (sometimes the result of a mistaken sexing of the chicks) – they will enjoy a happy first few months, but will become instant enemies once the adult hormones kick in. This can happen with both male and female pairs, in most species.

It is not the case with all parrot species, though. Conures and Amazon parrots mix well in same-sex groups. Once again, you should ask a vet, breeder or other expert before mixing & matching, even if the parrots in question belong to the same species.

I am going to get a african gray parrot what is the best bird that can live with it.

Can we make pair of female corrella cockatoo with amazon male ?

Wow :) This is an incredible collection of ideas! Waiting for more helpful pieces. You would amazing to read a similar one here- petcareio

To Chase: Galahs and Sulphur-Crested Cockatoos flock together in Australia. Even if not the same species, I can see how the sulphur-crested would accept a bird she would normally flock with in the wild. Adding an African Grey is another matter. A Grey is the most intelligent parrot and demands a lot of attention. The Cockatoos are very social, and your sulphur-crested will likely hate the interloper. Might be worth it to expose your bird to a Grey at a bird shop to see the reaction.

I have a male & a female Princess Parrot in a large cage, but although they have been together from a young age, they have developed animosity. The female has started to over preen her tail & is destroying it. She does have a beating box & swing to escape from dominating male, do you suggest I try them in separate cages??