Street cats comes in three types – domestic cats with a nice warm home to go to after they’ve finished prowling the neighborhood; strays that once had a human home to go to but were either thrown out or got themselves lost; and feral cats that were born in the wild and have never lived with humans. 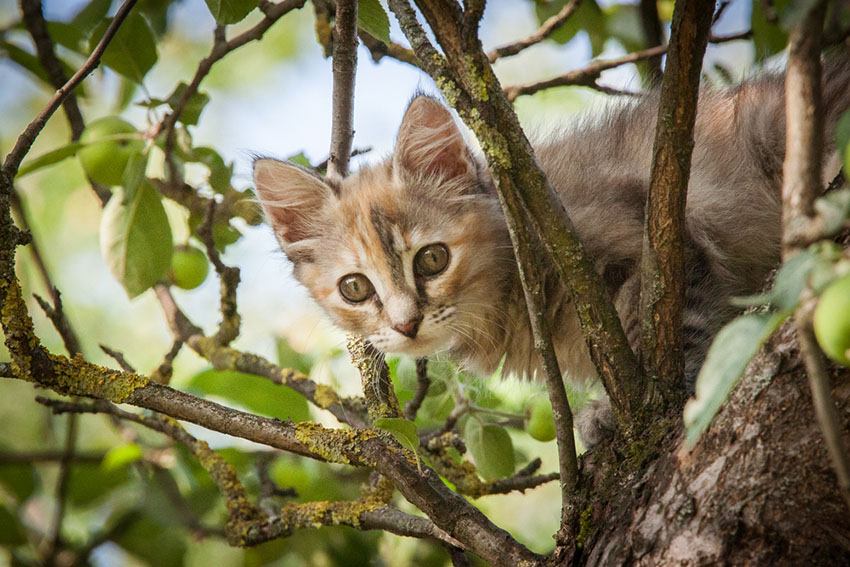 Strays are usually house pets who have failed to find their way back home - for all kinds of reasons!

It can be difficult to tell a stray cat from one that lives a double life, appearing cute and lost one minute and then sneaking back to its ‘real owner’. If it’s wearing a collar and is approachable, you can check to see if there’s an address or phone number attached. The cat might also be microchipped, and a vet will be able to access the owner information on the chip.

The cat’s body language will give you clues as to whether she's a stray, rather than just a house cat taking exercise (or a feral cat, which will always be very wary or aggressive if you approach her). If she looks thin, or seems particularly needy, meowing and rubbing against your legs, she could be a stray. If you find a friendly and/or collar-wearing cat who appears to have made a makeshift bed in a quiet corner, she could be a stray with no home to go to.

Then again, it could be Mom cat making a nest. Check her belly: if she looks big, she’s probably expecting kittens. Pregnant cats often make their ‘nests’ outdoors, so you can’t automatically conclude that she’s a stray.

If you’ve managed to find owner details on collar or chip, give them a call. If your friendly stray has no collar or chip, your only chance of finding the owner is to put “cat found” ads online, and on PetsLocated.com, which checks its Lost list against its Found list. You can also put photos of the lost cat in shop windows and other prominent places in the neighborhood. If you still have no luck, your options are to keep the cat, find someone else who wants it, or get it rehomed. Check online for the cat rehoming organization closest to your town.

Stray cats are more likely to approach you, or your house, than feral cats. They are far less likely to run away when you approach them and some may even tolerate or enjoy being stroked. A stray cat is more likely to make eye contact with you and show body language that indicates it's happy and comfortable - walking with its tail straight up, for example. Stray cats are likely to meow in response to you, whereas a feral cat will not meow or purr.

A feral cat is one that was born in the wild, or has been away from its human friends for so long that it has reverted to a wild state. Unless they are still kittens, they can never be tamed. You’re very likely to see a gang of ferals at some point, as there are an estimated 60 million living in the US! 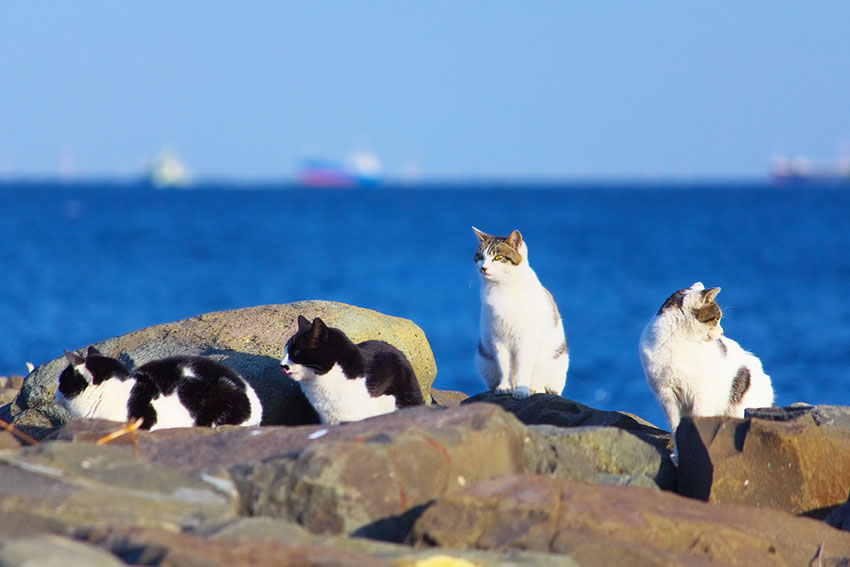 Feral cats won’t display any body language which indicates they feel comfortable or happy in your presence. They won’t make eye contact with you and will crouch low, or sit with their tail wrapped around them. They will not meow at you, and will run away if given a chance (unless it’s one of the many ferals that thrive near restaurants in tourist towns!) Ferals seldom walk with the happy tail-in-the-air poise of a domestic cat.

If there are other ferals in your neighborhood, and if food, water and shelter resources are plentiful, they will tend to move around in a loose-knit gang. Not exactly a pack like feral dogs, but definitely not loners like strays or house cats.

Most cities have policies to deal with feral cats, including trapping, neutering and returning. This keeps the numbers in check without actually killing individual cats. Some are even “employed” in warehouses and factories to keep the rodent population at bay!