Link to this page  Your Affiliate Stats

2. How to use this code: This link cantains your affiliate code and can be placed anywhere a normal <a> tag could be placed. 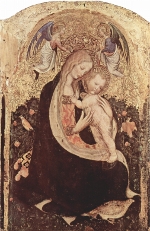 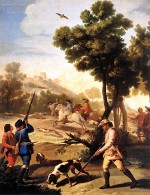 There were a lot of mouths to feed on an Egyptian building site so if you weren't employed as a pyramid technician you were probably growing wheat, fruit and raising quail. The Egyptians soon realised that quail were a brilliant source of protein for their workers so established large farms for breeding them.

In fact, quail were so common that they had their own heiroglyph. If you haven't studied Egyptian before this is a good place to start. Step 1) Draw an owl, a quail and some water. Step 2) Put them all together and what have you got? The word Moon of course! That's because an owl is pronounced M, quail is pronounced Oo and the symbol for water is pronounced N. Next time you go to an Egythian restaurant we recommend ordering an Oo Omlet.

These days, Egyptian might not be that widely spoken anymore but quail are still an important source of food for both the meat and eggs in a lot of countries. Quail eggs are in fact arguably more nutritious weight for weight than chickens eggs but more on that later.

Quail have features in other countries too. In the Far East records of quail go back as far as 770BC. It is thought that the Chinese quail is the ancestor of many of todays breeds. Quail have been bred domestically for over 4,000 years.

Unlike chickens, quail are very good at flying. In fact they are migratory birds. Most migrate by flying often traveling from as far as Africa to England. They have strong flying wings but like to glide when traveling long distances. Other mountain quail migrate on foot from high to low altitude in small groups.

Like chicken - the word quail has found its way into the English language. The term 'quail' means to 'shrink back in fear or cower' . This is not our experience of quail which normally fly directly upwards if scared.

Quails seems more proteinous than chicken, but chicken seems to have more commercial value because is more known.