The Runner duck is one of the most easily recognisable ducks and has always been popular due to their charm, striking appearance and high egg production. It is the furthest shape from the traditional Mallard breed. The Runner arrived in the UK from Asia in the 1850s but it has been around for a lot longer. It featured in the hieroglyphics of ancient Javan temples and is one of the descendants of the traditional herding ducks of Indo-Chinese Peninsula. The Runner has been used to create new breeds such as the Khaki Campbell. Indian Runners have been voted Omlet\'s favourite duck.

These ducks are perhaps the closest thing you can get to a Penguin or a walking wine bottle. You can spend many happy hours watching these slender creatures patter around your garden. They generally need less water than other varieties and can get by with just a tub of water in which to dunk their heads. These birds have a good nature, but can be rather jumpy at times. They are average in terms of noise level.

The standard varieties include White, Black, Buff, Chocolate and Gray although there are a wide range of other non-standard colours available. 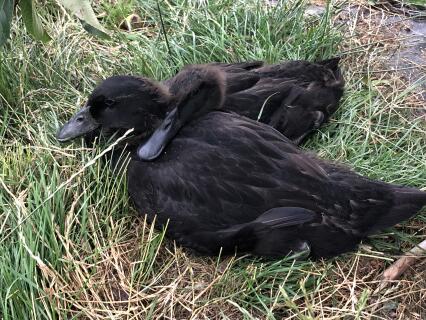 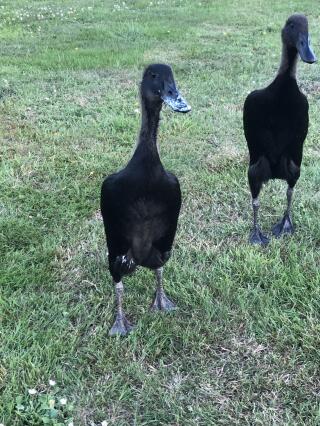 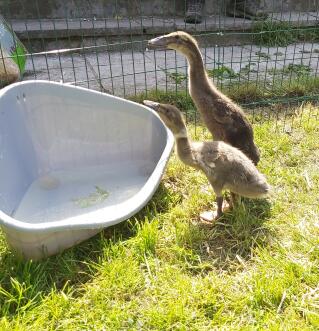 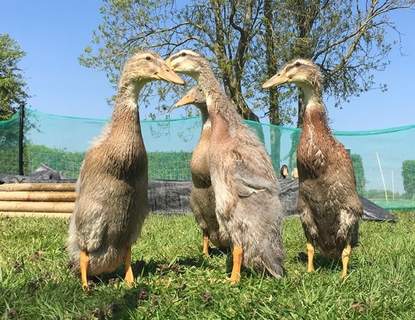 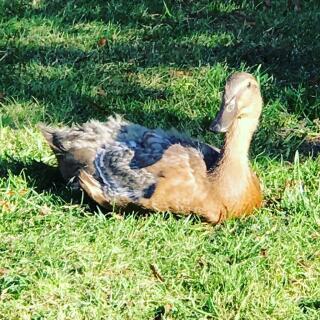 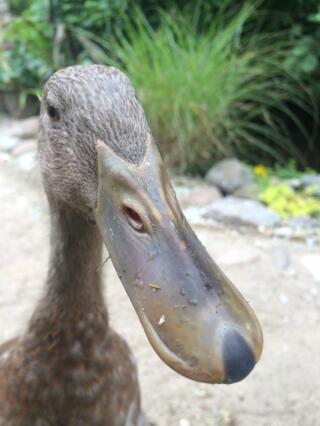 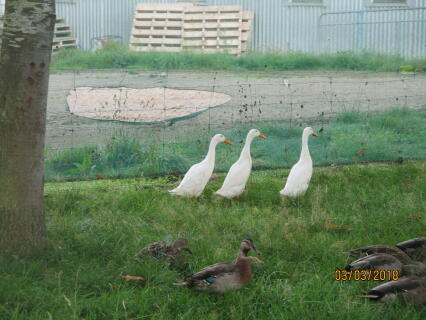 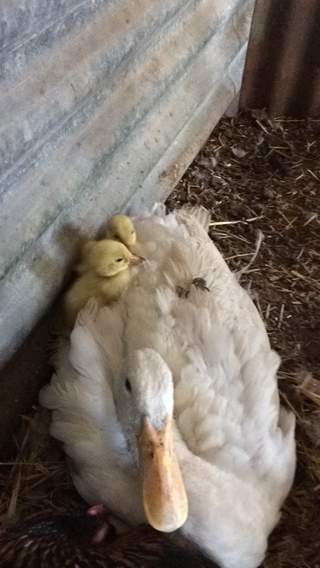 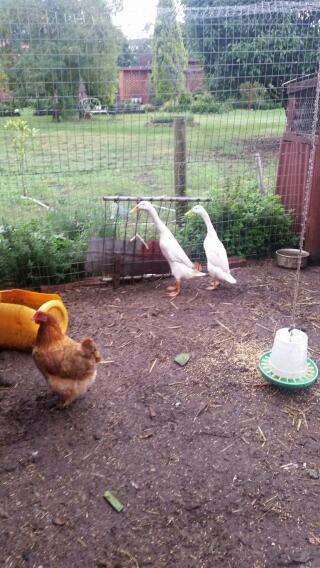 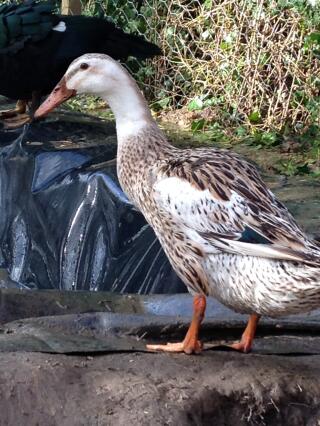 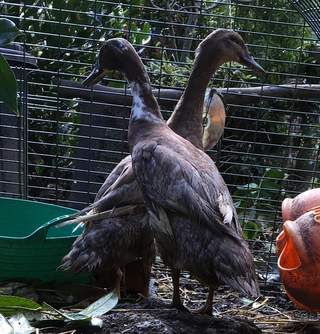 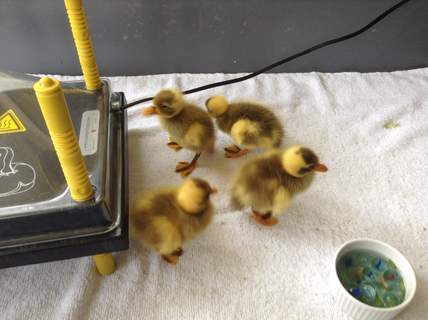 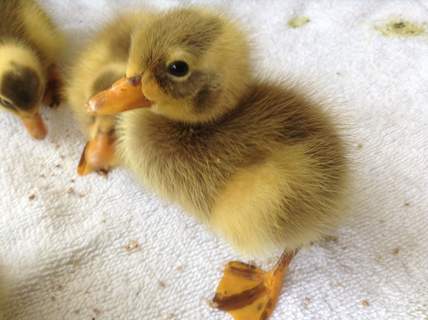 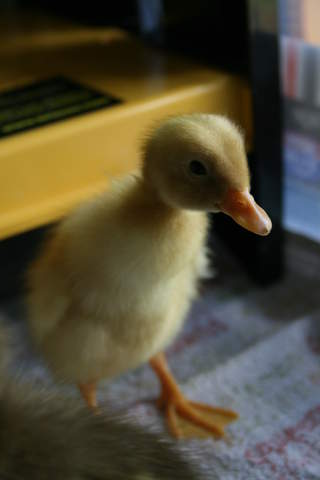 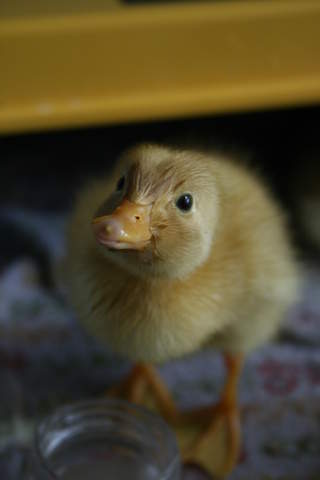 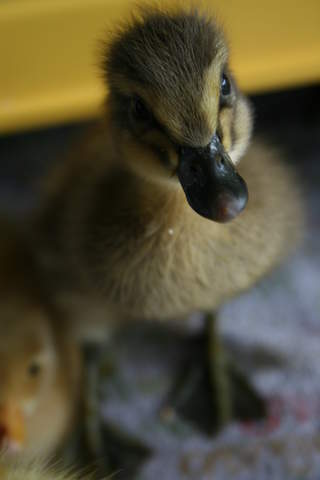 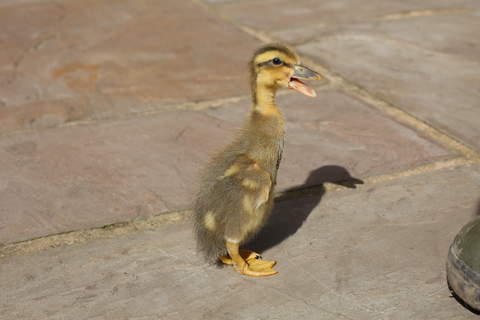 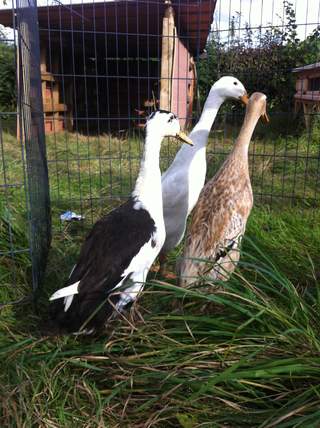 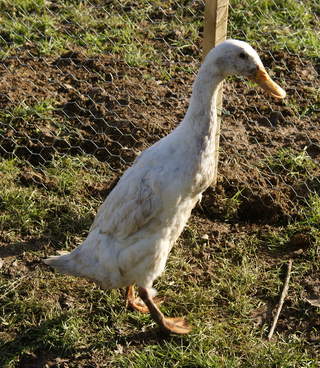 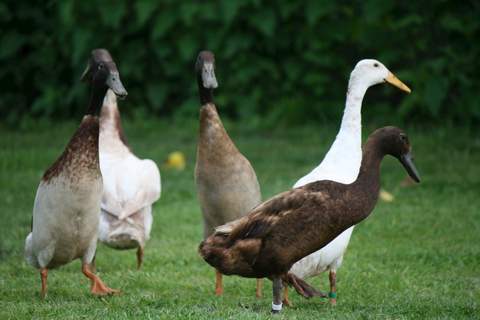 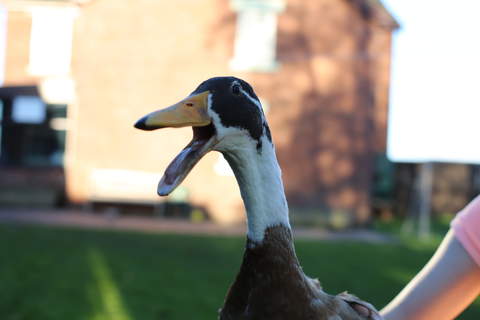 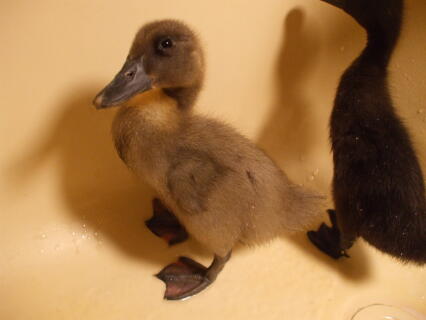 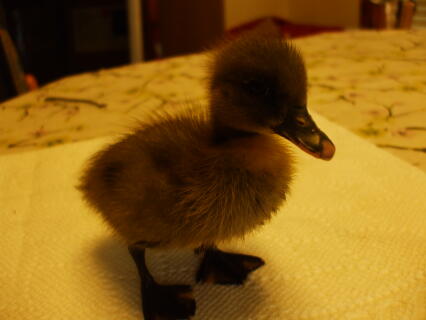 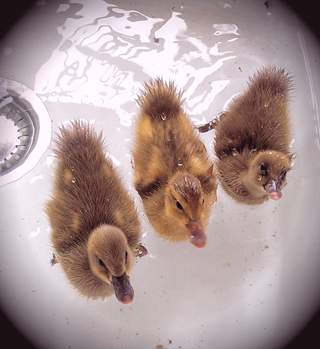 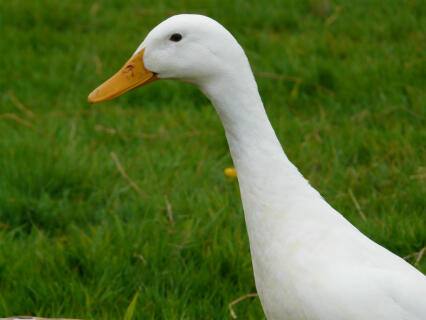 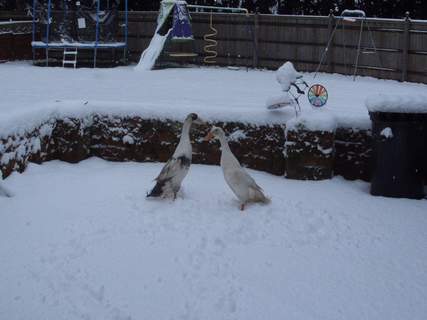 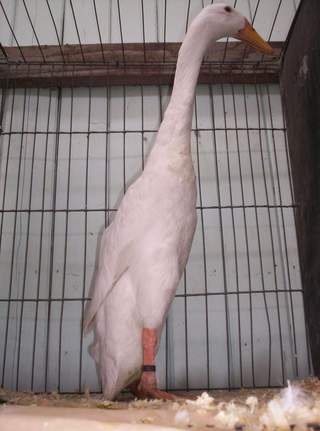 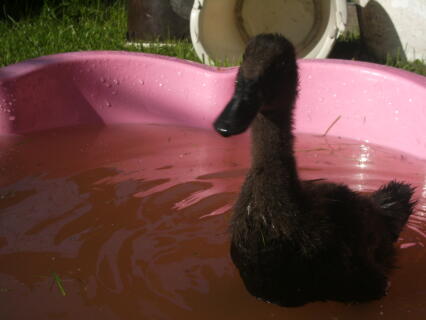 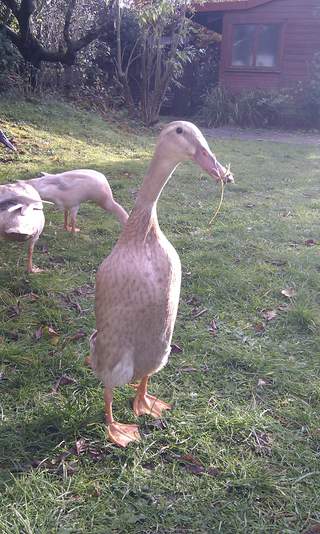 Latest Reviews For Indian Runners (5 of 11)

Based on 11 Verified Reviews

i have 2 Indian runners and i love them

Came by this breed by chance, built a incubator for my school gcse and wanted to try it out and had two runners a Drake and a duck (teaching them to swim was a fun and messy time) the Drake cracks my up every time As for their hardiness by god there a tough bird, a dog got into my Drake and made a mess of him pulled out feathers and down and left him with a puncture wound and a 2cm gash under wing (I did not know of it at the time) my sister cleaned him up so I called the vet and I boxed him and took him to my flat ready for a vet visit in the morning, following advice for a supprised vet that he was still alive with this gash wound we had no idea about they patched him up gave him two shots of antibiotics, pain relief, stitches and glue on a wound however the vet didn’t think he would survive that night. he’s now doing very well and he is very happy again, and his age, well he is 8 years old, healthy and happy :) defiantly recommended this breed and if you can I recommend hatching and raising these ducks the experience is unexplainable, but remember to teach them to swim, heard of someone who didn’t and let’s say their ducks swim like a brick

i breed Indian Runners and love them i spent a lot of time with them watching and learning ,,,its so interesting now have a bigger incubator and hatching more as my ducks lay eggs all year round i find they respond to my voice no matter how far from them i am

i had 8 white and fawn indian runners and i am vary happy with them, they are super smart, and friendly, 2 of them even liked to snuggle. they all won blue ribbons at the fair, too. this is a nice 1st breed to have because they dont fly.

Service was brilliant, we were able to pick them up pretty much straight away. There was no hassle, ducklings have settled very much into their new home. We were able to see the mum and dad which was nice to see where they came from as well. We would definitely buy from this seller again.