Should Gerbils Live In Pairs?

Gerbils need the company of their own kind in order to be happy. Without gerbil friends they’ll get lonely and stressed.

They are very social creatures and live in groups in the wild, usually consisting of a breeding pair and several generations of pups. They live together in a big burrow, and do pretty much everything together. They eat together, communicate, and sleep in the same chambers. Without this constant companionship they will be instinctively lost and unhappy, even if you play with them a lot. 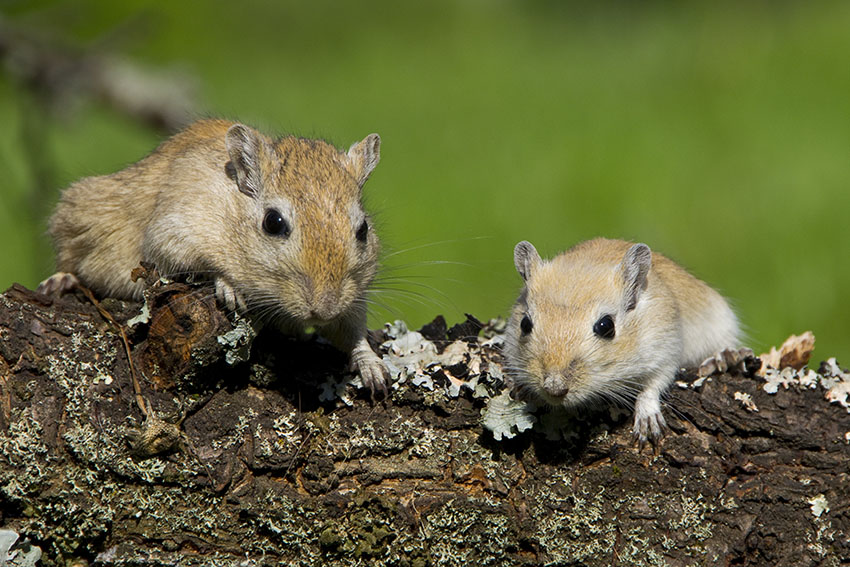 Gerbils need each other!


Keeping the animals together is sometimes a bit complicated, though. If your gerbil has been kept on its own and you’ve later tried to introduce another gerbil, it’s natural that they will react badly to the 'forced marriage', even if the first pet was actually very lonely to start with. As far as they're concerned, the newcomer is a potential threat. If a strange gerbil came into their burrow in the wild, they would try to drive them away.

So, if your pet gives a negative response to the newcomer, don't panic. Try some different introduction techniques. You can find more advice on the How To Introduce Gerbils page of this Guide.