What Do Guinea Pig Noises Mean?

One of the things new guinea pig owners are most surprised by is the range and the volume of noises that their pets can produce. From loud squeaks to wheeping noises, guinea pigs have some great sounds, some of which have obvious meanings (such as the squeaks of excitement when food approaches) and others which are a little more cryptic. In this section we have some examples of guinea pig noise interpretations. 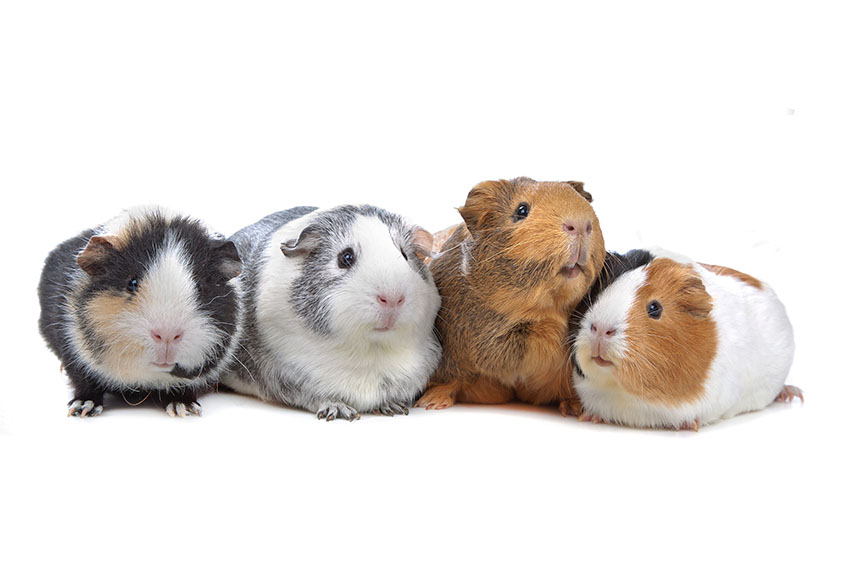 Guinea pigs can make a lot of different noises

Why Do Guinea Pigs Purr?

Guinea pigs often purr whilst they’re being held, and this is normally a sound of contentment. If you feed one of your guinea pigs their favourite treat whilst they’re securely seated on your lap, you’ll likely hear a sound that is akin to a cat purring. If at any point you hear a very high pitched purr, then this can be a sound of irritation.

A sound similar to purring is rumbling, a noise guinea pigs make to show their dominance. Males will often emit this very low sound when they’re trying to attract females to them, whether it works or not.

Why Do Guinea Pigs Squeak?

There are a wide variety of different guinea pig squeaks, many of which you will become well acquainted with over the course of your guinea pig ownership. Here are some of the more common noises and their meanings.

Wheeping - this is probably the most common guinea pig noise, and you’ll likely hear it several times a day as you feed your guinea pigs. This repetitive noise, rising in pitch as it continues, means “give me food!”. Whether you’re exiting the house to offer them some fresh vegetables, or if they hear the fridge door opening, you’ll likely hear this noise and feel incredibly guilty if you weren’t intending on feeding them.

High pitched squeaking - this can be indicative of a guinea pig in pain. If you’re handling your pet and it makes this noise, either you’re handling it too tightly or you’ve disturbed an injury or infection that’s causing it pain. Similarly, it’s important to note that if your guinea pig freezes and appears paralyzed, then this can also indicate pain and you’ll need to make sure your guinea pig is ok.

I raise Guinea Pigs for the local pet stores.They can be fun and funny when they want the same piece of food.Tug a war is quite comical.I raise them to be pet friendly for a child's first pet.

What does wheezing indicate?

I have 2 girl Guinea pigs, they are fed in the morning and night , I leave hay all day and there pellets they eat alot of fresh vegetables and herbs , I like their little purring sounds