This is a dainty dove which is smaller and usually darker than the collared dove, was immortalised in the Christmas carol ‘The Twelve Days of Christmas’. It is 24 - 28cm in length, larger than a black bird and it's upper parts are distinctly spotted with black and chestnut with a black tail that has a white edge. The soothing coo that is a quintessential sound of summer, has sadly become increasingly rare over the years. The cause of the Turtle Dove’s decline is thought to be lack of food during the breeding season, which results in a shorter season with fewer Turtle Doves attempting to nest, which in turn has earned this fancy bird a place on the RSPB red list of conservation concern. The best time to spot Turtle Doves is in April and May.

The female lays 1- 2 eggs in a nest, with incubation taking 14 - 16 days. Both parents raise the young and they fledge at 20 days old. They can produce 3 broods a year, but more commonly only 1 - 2, due to the lack of food available. It feeds on weed seeds/shoots, but due to modern farming practises, these are not as common.

They can be found in woodland, hedgerows and open land and are often seen feeding on the ground. They are very timid. They are mainly found in southern and eastern England but can often be seen as far as Wales and the North of the UK. They over winter in Africa and usually arrive in the UK at the end of April. 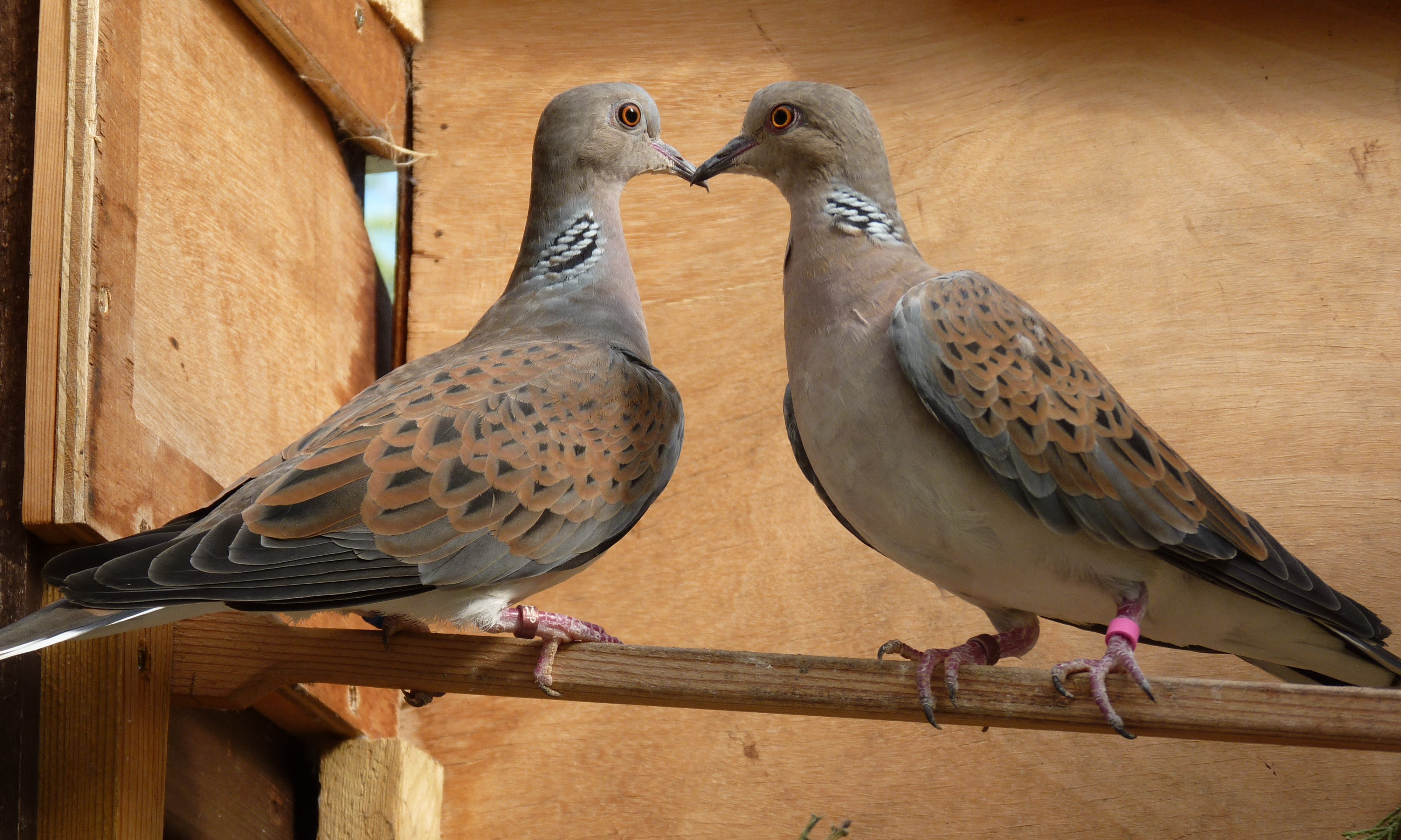 Sorry, there are currently no Turtle Dove (Streptopelia Turtur) listed for Sale