How To Crate Train An Older, Adult, or Rescue Dog

When crate training an older dog, one of the most important things to remember is that the process will take time. If your dog is ever scared, or feels forced to go into his crate, you will really struggle to train him. The key is to try to encourage your pet to have some really positive emotions about being in the crate.

You can do this by making sure he has some fun in there! Use it as the one place where you reward your dog with treats, and offer him his food inside the crate to make him feel at ease. Make his den comfortable with plenty of soft bedding, and put it in an area of the house that gets a lot of attention. Eventually you will be able to invite your dog into his crate when you want him to calm down after a long walk or just before bedtime.

Investing in the best possible crate will give you a head start - the Fido range is a great choice for all dog owners. 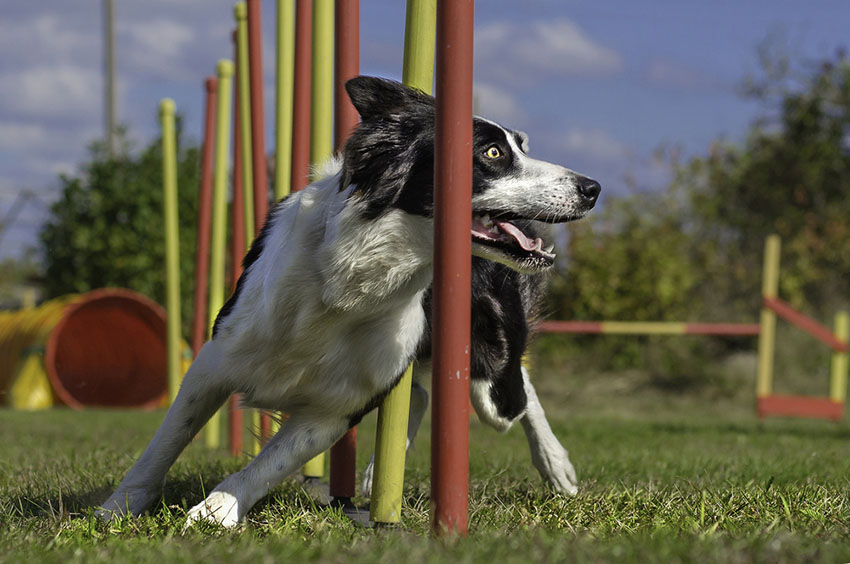 A dog trained use a crate will be calm and easy to train in other matters - even the slalom, demonstrated here by this Border collie


Introducing Your Dog To His New Crate

Begin by tempting your older dog into his crate with a treat and lots of praise. Make sure that you fuss him once he is inside so that he feels at ease. If your dog seems scared or anxious, reassure him with a soft voice until he calms down. After only a couple of minutes of being in the crate, invite him back outside. It is always best to start with small intervals as you slowly work up to the end goal of keeping your dog in his crate overnight. When your dog comes out to you, give him lots of praise but don’t give him a treat - treats should only be given when he is inside the crate. Repeat step one until your dog is comfortable going in and out of his crate without getting frightened or apprehensive.

When you feel that your dog is comfortable enough being inside his crate with the door open, you can begin to close it. Invite him into his crate and then close the door for 30 seconds. It can be a good idea to give your dog a chew toy or even a large marrow bone. This might encourage him to stay inside for longer than you expected. Stay in sight to reassure him that he can easily leave if he gets frightened, and after the 30 seconds are up (or longer if your dog is preoccupied with chewing), open the crate door and invite him out. If your dog gets at all worried while he is in his crate, try calming him down by talking to him in a soft voice. If this doesn’t help, open the door, invite him out, and then go back to step one.

Repeat step two while gradually increasing the length of time you leave your dog in his crate. Always stay with him and praise him when you open the door to invite him out. It may take some time, but if you can stick to this routine, then eventually your dog will learn to love his crate. He may well begin to use it on his own accord, if you make it a place that he enjoys. 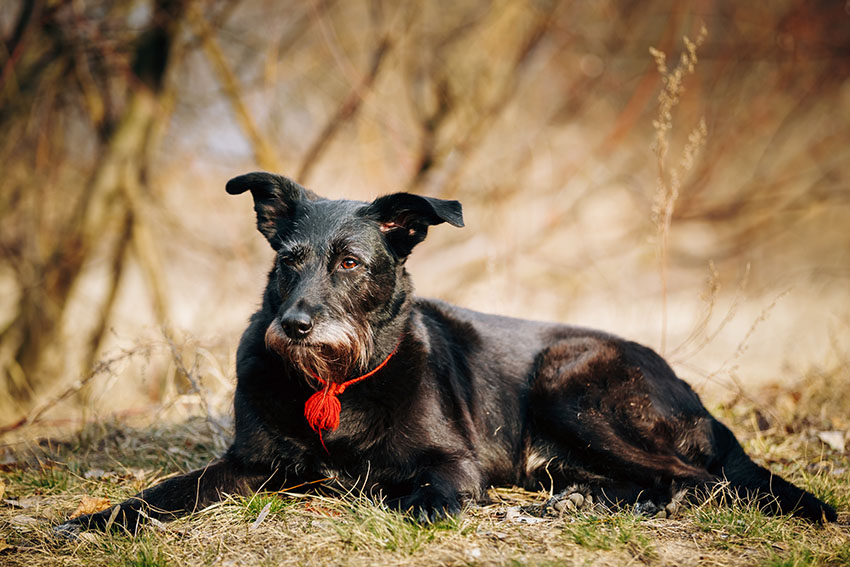 The best way to get your older dog sleeping in his crate at night is to make him feel as comfortable in there as possible. He will come to love his new den, if it’s warm, safe, and enjoyable. Place a soft blanket inside and only give treats when your dog is in his crate to reinforce the positive association.

Before you start crate training it is really important that you exercise your dog. Tire him out by letting him run or play with his favorite toys, and make sure that he has used up all of his excess energy. If you invite your dog into his crate to rest and he still has lots of energy, you will find it very difficult to get him to settle.

Once your dog has used up all his energy, tempt him into his crate with a treat. Once he is inside, fuss him and give him lots of praise. If your dog is not entirely comfortable yet, you don’t need to close the door. Sit with him until he has calmed and settled and then reward him with a treat. If you have tired him out enough, he will want to have a little snooze. When he falls asleep close the door behind him and watch over him until he wakes up.

The next thing to do is to try extending the length of time that your dog is in the crate. Start with an hour. If you dog wakes before the hour is up, sit with him until he nods off again. As soon as he falls back asleep quietly close the door and supervise him until he wakes up. If he decides that he doesn’t want to go back to sleep, invite him out of the crate; and next time make sure that you have really tired him out before you start!

Keep extending how long you keep your dog in his crate for until he can rest quietly for a few hours. Once he is at this stage he should be ready to stay in his crate overnight. But remember- persistence and repetition are key. As long as you make your dog’s experience of being in his crate relaxing and enjoyable, he will soon be confident using it of his own accord.