Live food such as insects or mealworms aren’t necessarily crucial to your bird’s diets, but during the mating season or moulting season they are beneficial. Outside of these seasons live food can be served up as a treat.

A popular choice of live food are mealworms and wax worms, both should be readily available in chilled tubs at pet suppliers or even as a dried product. Insects such as crickets are also available and are another good option.

A more timid species such as a Canary will take a while before they get used to eating food that moves, though once they get the hang of it they will love it. 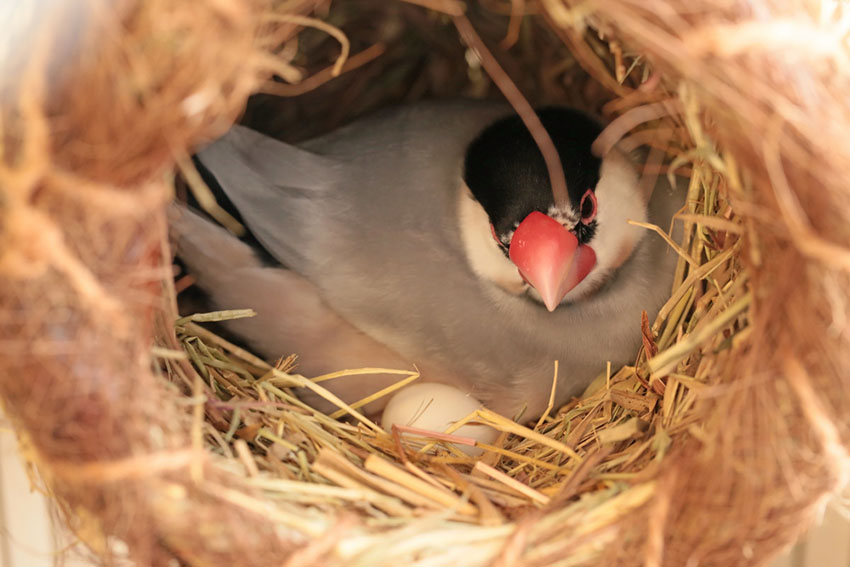 Meal worms are simply insect larvae that are mass “produced” for the bird food industry. Most finches love them, but it is important to note that young finches can’t digest their leathery bodies and shouldn't be fed them until adulthood.

Mealworms are usually sold refrigerated and as a result the larvae are semi-dormant. Bird keepers often revive them in containers of porridge which are then fed to the birds. These containers need to be properly sealed with a lid, and ideally some form of moisture should be added to (an apple or slice of potato that is changed once every three days will be enough). The birds should be fed the worms before they turn into beetles, though if you want to save on the live food bills you can keep a few beetles to produce more larvae. The worms will need to be served in a dish with raised edges so that they don’t manage to wriggle their way to freedom.

If you are going for the dried worm variety, you don't have to worry about them turning into beetles. Dried worms will need to be chopped up before being served, alternatively they can be soaked in water for a few hours. Anything that hasn’t been eaten will need to be removed from the cage at the end of the day.

These Double-barred finches won't say no to a few mealworms

Wax worms are the larvae of wax moths. Much like mealworms, they are commercially produced for birds. They don’t have as much nutritional value as mealworms, but due to their softer and pulpier build they are much easier to digest for most birds. Wax worms are much harder to keep and feed at home so it is easier to buy them in smaller batches, though they can survive for several weeks if kept in the fridge.