The most common problem you will have with your birds will be aggression. This will be more of a problem in smaller cages with more birds. If you notice that one bird is starting to bully the others, it is a good idea to seperate the bully by placing them into another cage. Bear in mind that some species are incompatible, and many others will become aggressive during the mating season. 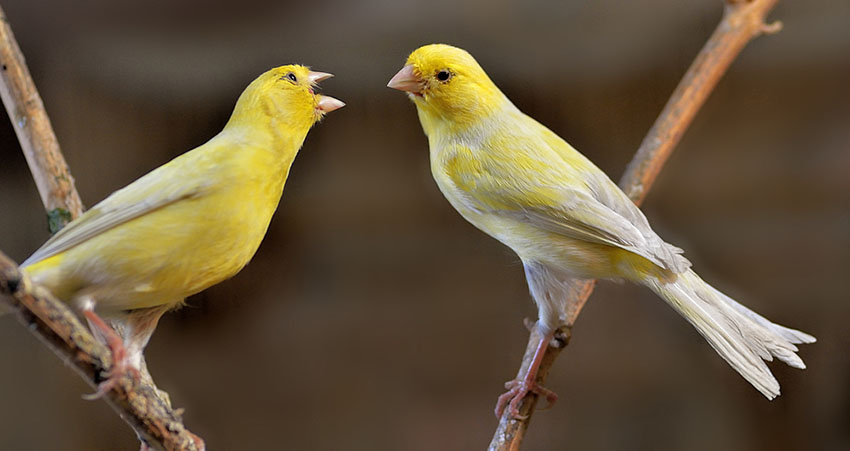 Canaries are usually placid, but aggression is possible

As with most other animals, tensions will be high during the mating season. Canaries will sometimes enter bouts of competitive singing, even if they are being kept in separate cages. Whilst this can often be pleasant to the human ear, a constant song-based showdown between two birds will soon stress the involved parties out. If you have this problem, the best solution is to separate the two cages so that they are not within earshot. If the competitors are in the same cage, there is little you can do. The confrontation may even end in a scuffle, or one of the birds may become so tired that they’ll retreat to a corner. Keep an eye on any such development to make sure the user doesn’t succumb to any illness due to the fatigue.

Hens may sometimes lay eggs even when no mating has taken place. It is mating and nesting that require the specific stimulation of courtship and bonding, not so much egg-laying per se. If a hen does lay an egg without a cock bird, it will of course be infertile.

Your birds will have several tell-tale signs which will let you know if they are feeling overheated or cold. A bird that is too hot will have drooping wings and an open beak. Make sure that your birds have some shade that they are able to retreat to, or even install a cooler if things are really too hot. A hot bird is not usually in any danger and will just spend more time sitting and panting.Keep in mind that these symptoms can also be symptoms of a more serious illness. 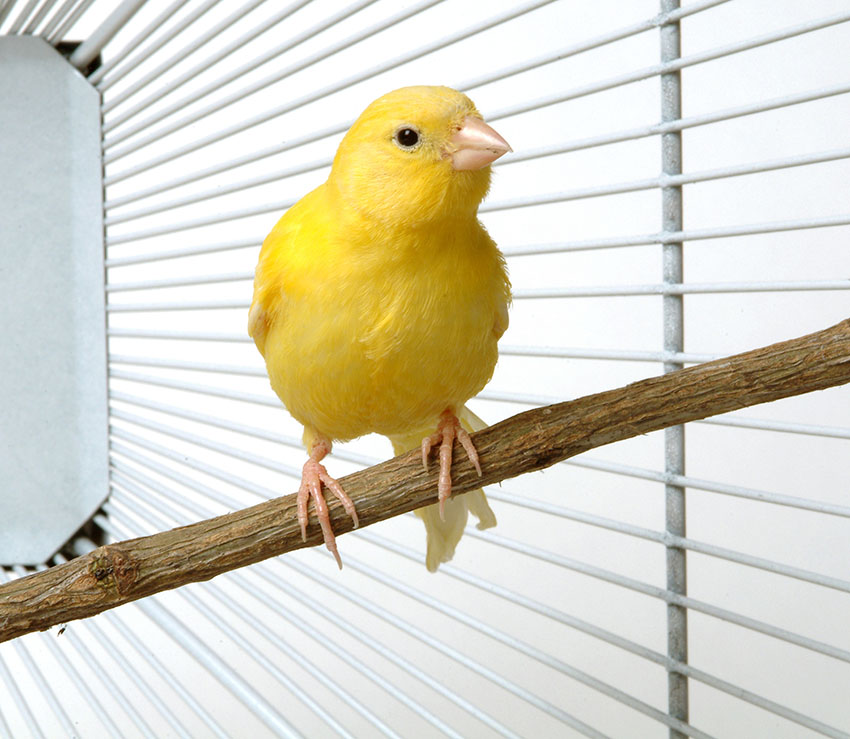 
A fluffed-up bird could, again, indicate illness; though it could also simply mean that your bird is cold. If there is anything you can do to safely heat up the environment, do so. A cover over the cage during the night is a good move.

Owners whose pet canaries or Zebra finches perch on their finger will come to recognise the normal temperature of their pets’ feet. If the bird is hotter or colder than usual, you will be able to tell by their feet.

Sometimes a cock bird will enter the mating season earlier than then hen. In cases such as these, the hen will not be receptive of the cock’s courtship, and the frustrated male may begin chasing, or even attacking her. If this does happen the pair will need to be temporarily separated.

A tired bird doesn’t necessarily have to be ill, they might just not be getting a good night's sleep. If there are lights on in the house during the night, your finches will not be happy and will lose sleep over it. Make sure that your birds are in a dark room during the night, and if it’s not possible to turn off all the lights try covering their cage with a sheet overnight.

Some cock finches will take great pride in their nests whilst the hen is incubating the eggs. During this time it is not uncommon for them to become aggressive towards other birds that get slightly too close. If given enough space, the other finches will simply learn to stay away until things calm down. In a smaller cage, this is a more serious problem with no real solution other than separating all the other birds. This is one of the reasons why Canaries are usually kept either alone or in breeding pairs. 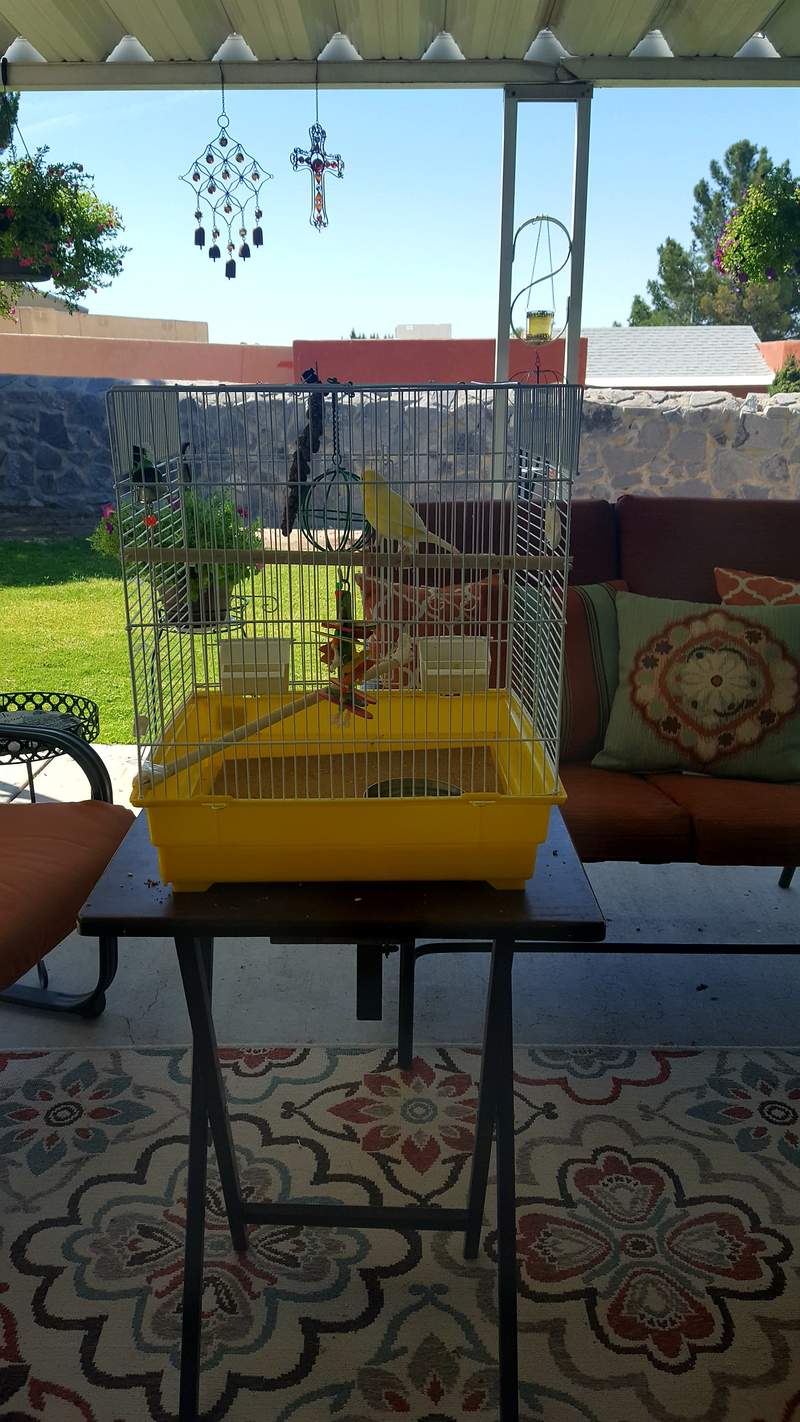 I have three zebra male finches who are a year old, they are all brothers. For the most part, they get along just fine but at night it's like they are fighting over who is getting a certain perch. I noticed one of the finches has a few feathers missing under his lower beak. Is that from one of the other male's doing that or what. Should I separate him from the other two?

I have a gouldian finch it stopped chirping a month ago it was sleeping and probably got scared it was flying around in the cage and since then it stopped chirping it’s feathers are fading and falling off. It will chirp 1 to 5 times for the day any advice would be appreciated

We had two greenback Lady Gouldian Finches approximately 2.5 years old. They lived in the same cage since we became their adopted home. They always gotten along, Last spring they laid 20 eggs. Overall the female was much more hardy and stronger than male. The male was gentle and sweet and sadly passed away today suddenly after being puffed out for three days. I watch the two of them interact most of the days. Nothing in their habitat changed. But all of a sudden he was on the floor of the cage one day at 3pm. I last checked on them at 12pm. I assumed he injured himself in flight. That was ruled out once I realized he was able to move and fly. The female was aggressive with him when he was puffy and he seemed scared of her. Any time she would come close he would leave. Long story short - I am wondering what role the female played in his death? She doesn’t even seem to care he died today while we are all very heartbroken.

I have a female and a male zebra finches, so when the male wants to mate with her, she doesnt let him. She would keep on jumpint from stick to stick and doesnt let him get on top of her. What should i do?