All animals come with an urge to mate built into them. Your birds are no exception to this rule, and given the right environment and stimulus, they will mate even in captivity. The key to breeding is to pair up the most healthy, fit birds with one another. A bird must be at least 6 months old, and no older than 7 years. They will also need to have been fed the best foods beforehand, this includes protein supplements such as egg food (see the Finch Food section of this guide). 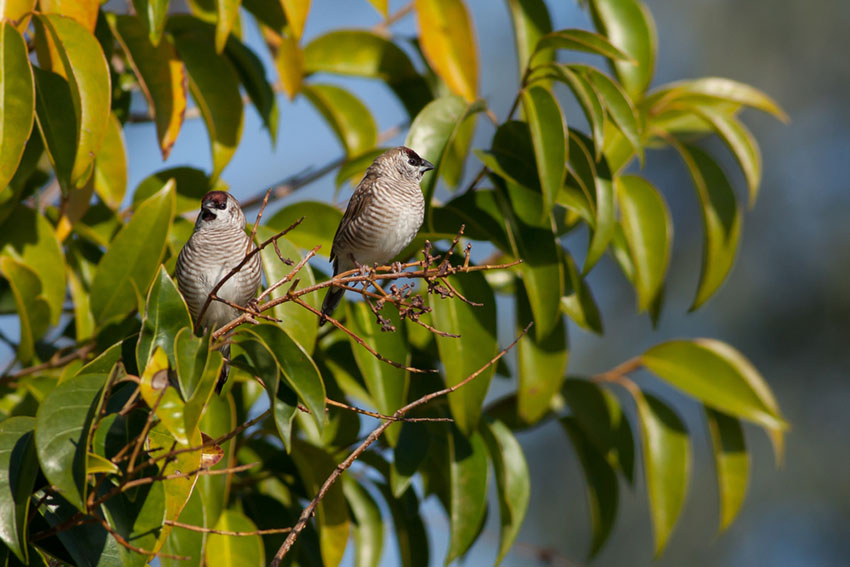 A pair of Plum-headed Finches

Different species have different courtship behaviours, but the basics remain the same across the board. It is the male which makes the most fuss during this season, displaying and/or singing to gain the attention of their possible future mate. One of the only exceptions to this male-courts-female rule is the Star Finch. Here, the female is the one who has to make the first move. She will wave a small stick or a grass stalk at the male of her choice, and this will trigger the cock bird to make his courtship moves.

If you keep more than one pair of any species, you will soon come to notice the variations in the songs and tweets used by the male to impress the female. This is possibly most prominent in Zebra Finches, where there can be big differences between the voices of individual birds. 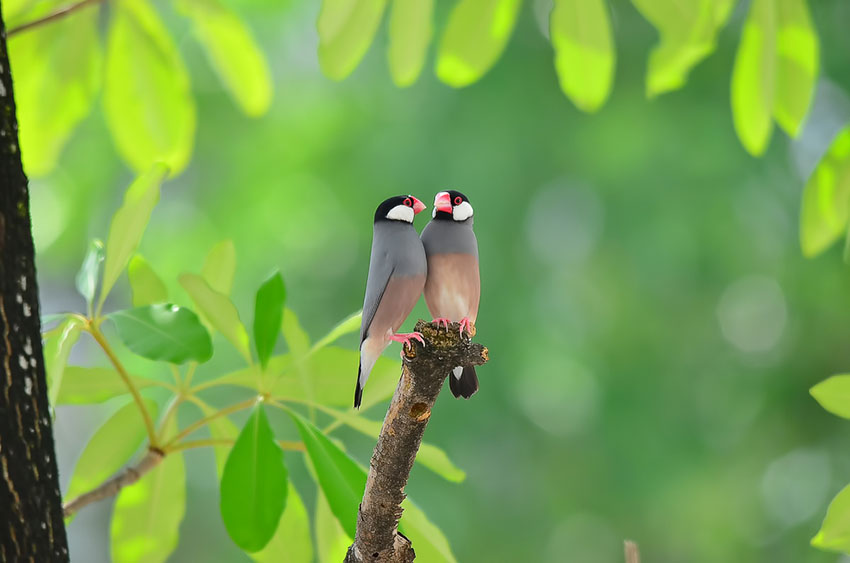 
Depending on the type of finch you have, a courtship dance can be a combination of hopping, fluttering, strutting, chest puffing, tiptoe-standing, head-bobbing, wing-dropping, tail-pointing, bowin, physical contact and the offering of gifts such as food or grass stalks.

The courtship will usually end in the two birds bonding and mating, but this isn’t always the case. The love life of funches can be as hard as the love life of us humans, and sometimes a cock just won’t be able to impress the hen bird with his moves. A female that persistently evades the male or makes a hissing noise at him is not interested. This disinterest in the male can also be due to the presence of other birds distracting her with their song and courtship.

Once a cock and hen are perching together, all snuggled up to one another, they have successfully bonded. Once again, this bonding looks different in different species. For example, the Zebra Finch is an affectionate bird that will cuddle up with their newfound partners, whereas some species such as the Gouldian Finch will prefer to keep some distance between themselves, even after they have accepted each other as mates.

Most species engage in mutual preening once paired, and will twitter and chatter with one another. The basic courtship displays and songs will be repeated to affirm the bond, and sometimes the hen will copy her ma\te’s display patterns, bobbing her head and pointing her tail. Both birds will soon start collecting nesting material and begin mating.

The finch chick tht came out from the breeding nest in my aviary has a bald patch on its back and also it appears as a bulging. Also the chick is a little weak. What could be the problem? Please help..

I have beginners luck and my Gouldians have produced 2 chicks. They have left the nest. When will they get their adult plumage? The parent birds are nesting again. Do I need to remove the juviniles to a different cage?

How can I tell if my zebra finches is carrying eggs to be played?

What is the meaning of a male zebra Finch touching beaks with a female, when you introduce them to a new food?

Why does the male finch keep running the female away from her eggs and won't let her set on them?