Abdomen: The underside of the birds body from keel to vent.
Bloodspot: An egg defect, caused by the rupture of blood vessels in the chicken. They are unsightly but still edible.
Bantam:Technically the Bantam is a type of fowl that doesn\'t have a larger version. There are nine bantam breeds. Many small fowl are referred to as Bantams but are infact miniatures or a small version of a large breed.
Broody: The desire to want to sit and hatch eggs.
Chalazae: The cords that anchor the yolk to the shell in the egg.
Chicken: Technically the term to describe a bird, (male or female) of the current season's breeding.
Cock: A male bird after the first moult generally at about a year and a half old.
Cockerel: UK term for a rooster.
Comb: The red muscle on the head of most chickens.
Coop: A chicken house, a prosaic name for the magnificent Eglu!
Crest: The bunch of feathers on the head of some breeds.
Crop: Part of the pre-digestive system of the chicken. Food collects here at the base of the neck and is softened before going through the rest of the digestive process.
Cushion: The area of the back in front of the tail on the female
Cuticle: The last coat put on the egg in the vagina acting as a barrier to disease.
Drinker: Container for water for birds to drink from.
Dust bath: Chickens will use an area of dry dust, be that earth or sand, to remove mites and lice form their feathers.
Ear lobe: The fleshy bit just under the ears.
Face: The skin around the eyes. 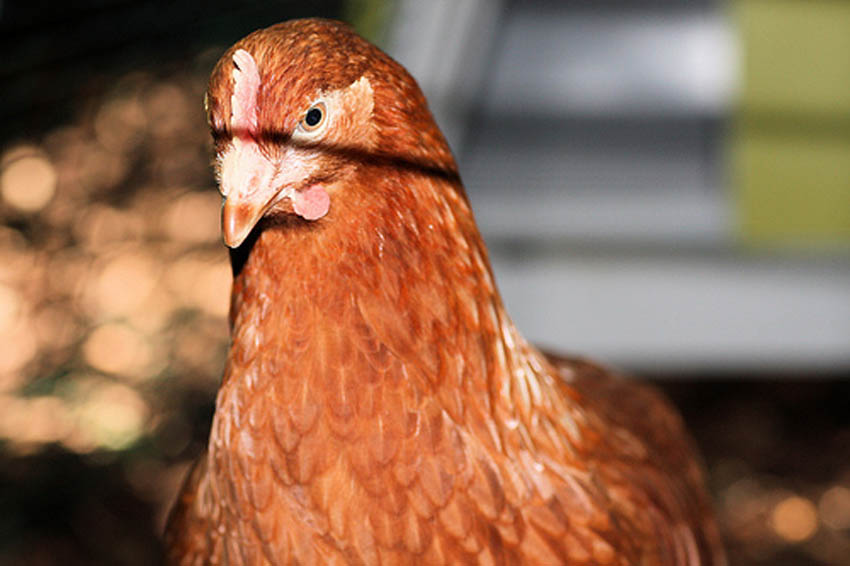 E is for Eglu, S is for Sunbathing!


Flight feathers: The biggest primary feathers on the final half of the wing.
Gizzard: The internal organ of the chicken that collects grit and grinds food down.
Grit: Insoluble stoney matter fed to chickens to allow their gizzard to grind their food up.
Gullet: The oesophagus. (The pipe between the throat and crop.)
Hen: A female after her first laying period, roughly a year and a half old.
Hybrid: Birds that have been genetically bred from two different breeds for good characteristics from both, such as laying well and having a good amount of meat.
Keel: The bird's breast bone.
Nicholls, Simon: One of the four founder members of Omlet. Small but perfectly formed and fluent in west country.
Mash: A mixture of (wet or dry) coarse ground feed.
Meat spots: Bits found inside an egg caused by some foreign body or other passing into the oviduct as the eggs are forming.
Moult: The yearly shedding and replacement of feathers. Lasts for around 8 weeks.
Paul, Johannes: One of the four founder members of Omlet. In pursuit of the perfect piece of cake.
Pea comb: A comb that looks like three separate combs, the middle one being the largest.
Pellet: Pellets formed from a fine mash bonded together.
Point of lay: Also known as Started Pullets - a young pullet about 18 weeks old, the age at which the bird could start laying. Your first egg could be four weeks after this though.
Primary feathers: The first ten feathers on the wing starting at the tip working towards the middle. Out of sight when the bird is resting.
Pullet: A female bird from the current year\'s breeding.
Pure breed: A breed that is pure, i.e. has had no crossing with other breeds or varieties within the same breed.
Rooster: A male chicken, particularly a breeding male.
Roosting pole: Also known simply as a Pole, or Perch, this is where chickens like to roost rest up at night.
Rose comb: A wide flat comb nearly flat on top, covered with small nodules ending up with a spike. Size varies with breed.
Saddle: The area of the back in front of the tail on the male.
Scales: The horny tissue covering the toes and legs.
Shaft: The stem or base of the feather.
Single comb: A flat vertical comb with serrations along the edge.
Started pullets: Another term for a "Point of lay" hen Tuthill, James: One of the four founder members of Omlet. Has a beautiful singing voice.
Utility: Birds bred for meat or egg production rather than shows.
Variety: Birds of the same breed but of different colours.
Vent: The orifice at the rear end of the bird through which both eggs and faeces are ejected.
Wattles: The fleshy appendages hanging either side of the lower beak.
Windham, William: One of the four founder members of Omlet. Often mistaken for Brad Pitt.
Wing clipping: The practice of clipping, (cutting the end off) the primary and secondary feathers on one wing to prevent the bird from flying. 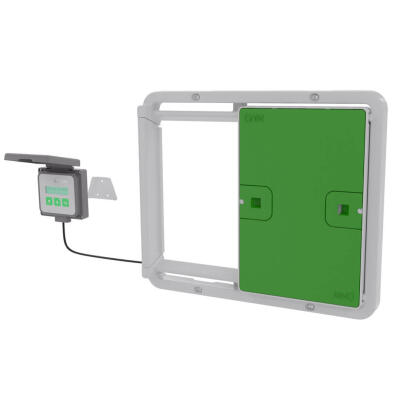 Can't wait for my chickens and Eglu Cube to arrive! Very useful information!

WOW WHAT A MINE OF INFO,THANKYOU VERY MUCH FOR A VERY INFORMED LOOK INTO CARING FOR CHICKENS,VERY MUCH APPRECIATED FROM ME A TOTAL NOVICE .

Great information! We've had hens for nearly a year now and they love to come in front of our glass sliding door. They will sit there in front of us, pruning their feathers and having a little nap. We have noticed that they have something on their back that protudes and they occasionally touch it with their beaks while cleaning themselves. What is it?

I haven't yet managed to find a simple hen keeping book near where I live, so this guide is fantastic - not to mention adding the right amount of humour into it, I absolutely love it!