How Do I Stop Gerbils Fighting

There are various reasons why gerbils fight. Watch them closely to work out what the problem might be. They can make a lot of noise when they get angry with each other, and that sometimes lets off enough steam for things to return to normal. But if one gerbil draws blood from another, you need to separate them temporarily. Use gloves to do this, to avoid being bitten in the heat of the fight. Don't separate them for too long, though - they may begin to lose their familiar enclosure smell if kept apart for a few hours, and that can cause problems when the animals face each other once again. 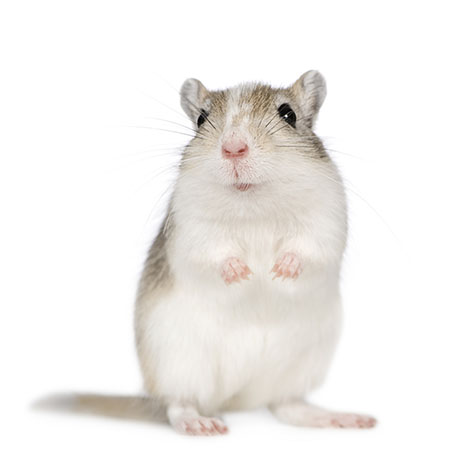 Squabbling is a natural part of gerbil life, but if harassment becomes regular, you'll need to intervene


The solution is setting up a temporary divide between the two gerbils. This will mean that their scents won’t diverge, and that they aren’t able to get at one another. Mesh divides are best, but once you’ve built the divide you’ll want to watch them for a while to make sure that they can’t get through. Don’t forget to make sure that both animals have access to food, water and lots of bedding. Try removing it after five or six days and watch them carefully for a few hours to make sure they’re getting along better. When using this ‘split-cage’ method, it’s a good idea to swap the gerbils over a few times a day. This will keep them smelling the same, which is really important if you want them to be able to be friends again.

If you have more than two gerbils, you will need to figure out which one is being aggressive and remove that one rather than the victim. This is because removing the victim is unlikely to help - when they are reintroduced in a few hours or days it’s likely to be just as picked on as before. Moreover, if the aggressor is left to it’s own devices it might just start harassing someone else. It’s best to temporarily remove the one who is being aggressive. If it’s not obvious, examine the gerbils to see if there are any bite marks. The one being aggressive is less likely to have bite marks, but if they all do then the aggressor is the least likely to have any marks on its rear, as it’s unlikely to have been retreating.

Possible Causes of Fighting in Gerbils

The cage is too small

Even the best of friends won’t get on well if they’re kept in an enclosure that is too cramped. A good guideline is that each gerbil needs to have at least ten gallons of space. This space needs to be given in the right dimensions - a deep cage is necessary in order to allow the gerbils to satisfy their burrowing instinct. 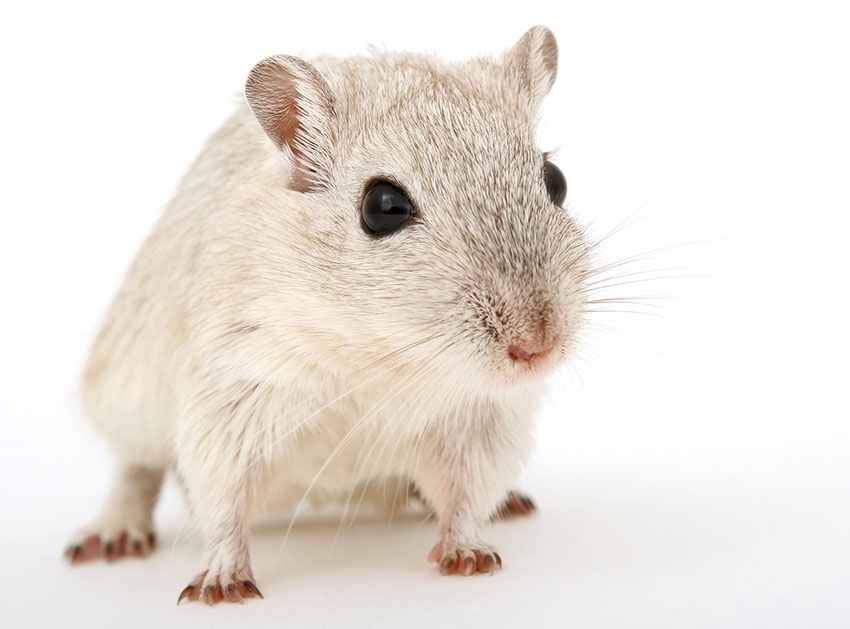 If you have too many gerbils in a small space, fights may break out


Something has made them smell different

Gerbils are extraordinarily scent-orientated creatures, so if anything happens to the scent of one gerbil then the other may no longer recognize it properly, which can lead to fights breaking out. This is especially common with gerbils that are outside of their enclosure a lot of the time.

If one of your gerbils is suffering from a health problem, then it may be less able to remain dominant, a situation that can lead to the less-dominant individuals making a bid for the top spot. The fighting could be the lower-ranking pets trying to take over.

You would think that having multiple nest boxes would reduce fighting, but it actually can do the opposite. Gerbils like napping together, and one of the key signs that your gerbils aren’t getting along is if they stop sleeping with one another in the same spot.

To help prevent fights, some owners have found it best if there’s only one nest box. This means that they have to sleep next to one another.

As gerbils approach old age, they become less able to defend their position as top dog, and younger gerbils may start to challenge them for their enviable position in your little gerbil society. This sort of fighting is particularly common amongst female gerbils, especially mothers and daughters once the pups are a few months old.

Hi I have 2 gerbils and they have a good sized cage, they have started sleeping on opposite ends of the cage though.... one of them started chewing this wood and the other came up behind him and jumped onto his back, he chased him around for a little while trying to get on his back and then they separated again. I’ve never seen them fight before it’s normally play fighting and they are both brothers and normally so friendly with eachother. I am not sure why they aren’t sleeping with eachother often anymore? Any help?

So i got 2 male gerbils and they are brothers. so they liked each other and no fighting and had them for a few months comming up to a year. i saw that pet smart had a white gerbil and i got it. put it in my 90 gallon tank which is huge and they all seemed to like each other. Then a few hours later my to older gerbils (not the new one) started fighting the one thats was chaseing was my sweet gerbil he was nice and kind but for some reason he just started fighting with his brother. I dont know if its because i brought a new gerbil if i take back the new gerbil to the store will my other 2 gerbils be ok and not fight anymore with eachother? They both like the new one cause they are not fighting with him.