As the name fittingly suggests, these tiny creatures infest a bird’s airways. An infected bird will be lethargic, but by far the most obvious symptom is a tic or wheeze in the breath and regular sneezing and coughing. Infected finches will also lose their voices and later on down the line have a nasal discharge. Gouldians are the most prone to these mites. The outbreak can be treated with prescribed insecticides. 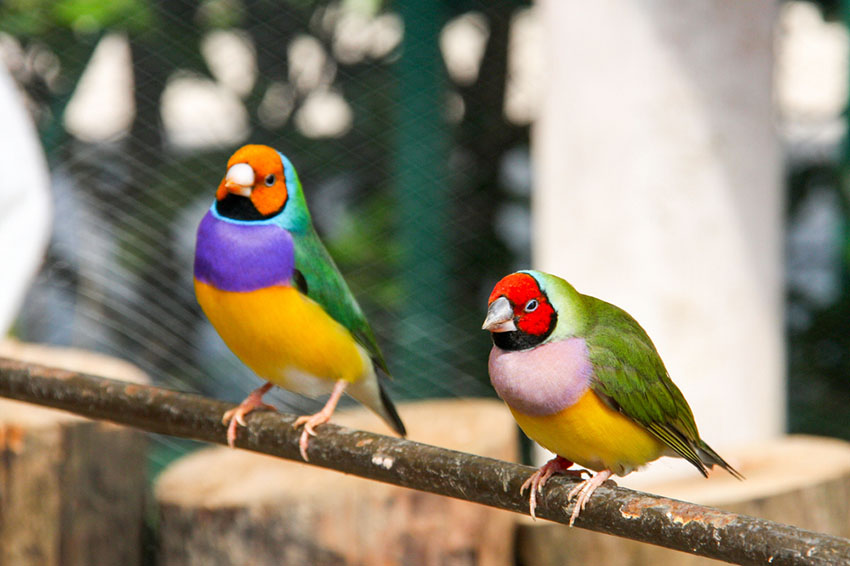 This is an illness caused by coccidia - a single cell organism that infects the bird's internal organs. Young birds (between 2 and 9 months is the danger zone) are more susceptible. The parasites spread quickly and around 80% of infected birds will end up dying. Symptoms to look out for are lethargy, ruffled-up feathers, loose droppings, lack of appetite and a growing blue spot that is visible through the abdominal wall - a sign of a swollen liver. This illness can be treated with antibiotics, but in most cases is fatal.

These are bacteria spread mainly in aviaries by wild bird droppings. Some pet finches, such as the Bengalese, only carry the bacteria without catching the disease themselves. Gouldian finches are prone to falling sick with the bacteria. Symptoms of contamination are lethargy, weight loss, and yellow colored, dry droppings. If fledglings catch it, they are unlikely to survive. Most adult birds will pull through with the help of antibiotics.

This is another coccidia problem, this one infecting the guts. A finch that has this illness will have loose droppings and a messy vent. Fluffed up feathers and lethargy are also seen. This infection spreads rapidly via the bird’s droppings, so you will need to isolate ill birds and get rid of the problem quickly with antibiotics.

Another coccidian parasite infection, this symptoms of this illness are panting, wheezing, coughing and sneezing alongside very loose droppings. Diamond firetails are the most susceptible species of pet finch, and infected birds will usually die. Cage birds often catch the illness from wild birds via droppings. Good cage hygiene is essential to stop such bacteria from spreading. 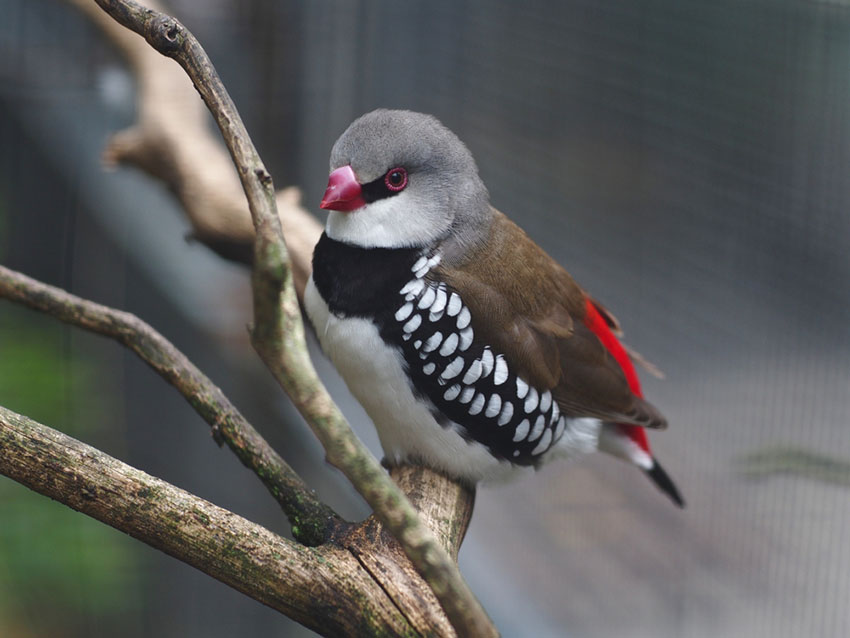 Birds that are infested with mites will become lethargic and fluff up their feathers. These blood-sucking mites usually reside under the wings of the birds. Usually the small, crusty wounds these mites leave behind are spotted before the culprits. Avian lice cause similar problems. Birds that are infested will need to be treated with a mite/louse killer such as moxidectin. Cages will need treating too as the parasites are tiny and can conceal themselves in nooks and crannies.

These are conditions that are usually caused by mites burrowing into the birds feathers or legs and laying eggs. The visible symptoms are scaly encrustations on the infected areas. If left untreated, this ailment will prove fatal. Mites can usually be treated with paraffin oil, but always ask your vet for advice first before taking any action.

This is the same toxoplasmosis that humans can catch. It is spread via cat feces and can infect birds that have eaten wild grass seed. Birds with this condition are infested by tiny protozoan parasites, and if the bird manages to survive the first wave they will, sadly, go blind. If caught early, toxoplasmosis can be treated by a vet.

There are many types of these parasites - tapeworm, threadworm, caecal worms, roundworm, gape worm and gizzard worm being the most common. They are transmitted via worm eggs in food, water and live food. Wild birds are often the main cause for outbreaks in aviaries. Symptoms are unmistakable as the worms will be visible via droppings. The worms will steal the bird’s nutrients and the host will soon weaken and die unless treated.

I have 2 female 6 year old finches in separate large cages placed fairly close together. In the past few weeks one seemed weak and lethargic.I started adding spinach and veterinary finch diet plus vitamins and probiotics and noticed she became stronger and appetite improved but now is seeming agitated and fluffing feathers a lot. Droppings look fine .Im now increasing the amount of hours of light and placed a small humidifier in the room.Just today I began adding Doxycycline to water. Her feathers appear in a little bit of poor condition .Is there anything I may have missed .Oh I'm also adding milk thistle as of a week ago and yesterday started Polymva Is there anything more that I can do???What could be making her sick when the other bird is fine??

Hello there, When my baby gouldian mutations come out of the nest they die shortly after. The parents feed them as normal, they have a clean and healthy environment and it’s frustrating and upsetting to see them die, it’s been happening every year for a few years now. Do you have any suggestions as to what might be wrong and how I can stop this happening?

my owl finch kids is not well and having issue with breathing not eating fine. please help