Rabbits from Top to Tail

It’s a big, dangerous world that we live in. Because of this, Nature has equipped rabbits with many cool features to help them survive, and thrive, in the wild. These are just some of their wonderful adaptations. 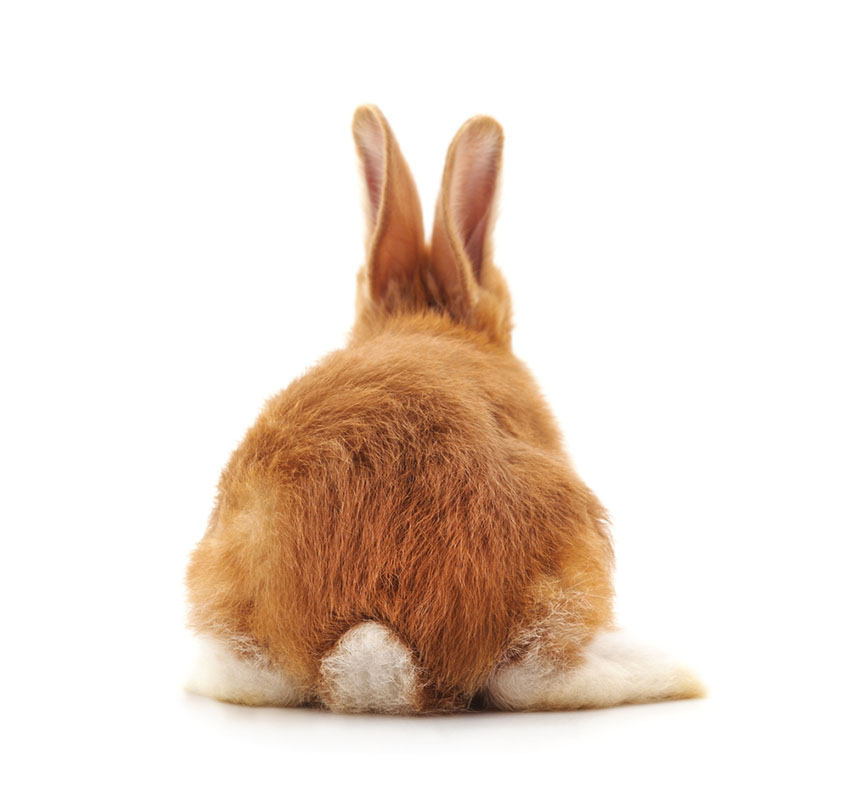 The rabbit’s tail, or scut, is one of its most famous features

Rabbits are specially evolved to eat grass, and have a digestive system that is built to maximise the amount of nutrition they can get from it.

Rabbits have a two stage digestive system. After the chewed food passes from the upper digestive tract where it will be mixed with the stomach acids into the lower digestive system where the fibrous material is taken straight out and turned into rabbit droppings.

The rest of the mixture goes into the caecum, basically a big fermentation tank where bacteria work on releasing all the nutrients from the plant pattr. This is then packed into pellets called caecotrophs which rabbits will eat after they have left its body. At the second time of eating, many more nutrients are absorbed.