How Many Rabbits Make a Home?

In the wild rabbits live together in groups and have a very strong “safety in numbers” instinct. This should be replicated as best as possible in captivity, so no pet rabbit should be without a rabbit companion. A single rabbit may get very lonely on their own, even if you spend a lot of time with them. It is always best to have at least a pair of rabbits.

The next big question is: boys or girls? Ideally you should have one of each, but if you do make sure they are neutered because they really do “breed like rabbits”. Of course breeding is possible and many people do it, but it isn’t something for the causal rabbit keeper. 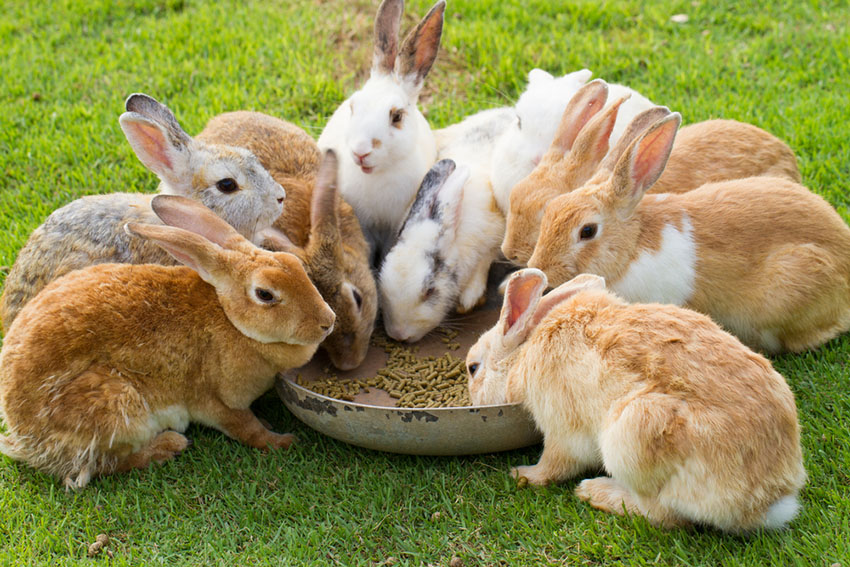 Safety in numbers is a bunny mantra!


Two girls can become very competitive, and will generally be a little more aggressive to one another than a male-female pair. Owners do, however, say that neutering them will get rid of this problem.

Two males can also get a little bit aggressive towards one another, but not to the extent of two females. A male-male pair can make for a good combination, especially if they are reared together. After puberty (around 3 months of age) your two boys might start being aggressive to one another. If this is the case, it is a good idea to neuter them.

I have a dutch rabbit. I do not really see rabbit as pets