Where Do Parakeets Come From?

Parakeets are native to Australia, and this is the only place where truly wild flocks can be found. There are other feral populations around the world, however—notably in parts of Florida, where pet bird escapees have established themselves. Parakeets thrive in warm climates, but just one harsh winter can wipe out an entire flock 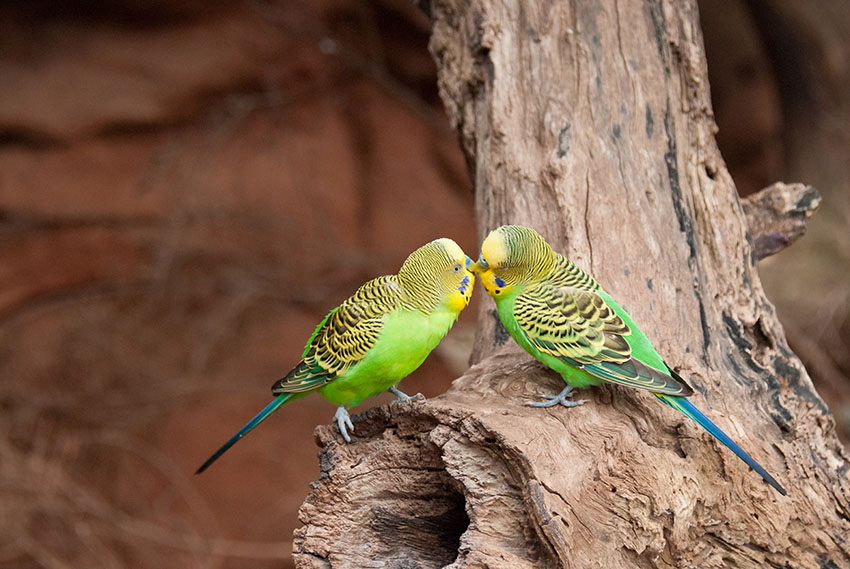 Parakeets in their native Australia


In the US, a wild population in northern States has almost no chance of making it through the average winter. Elsewhere, they are sometimes spotted in the wild; but it takes a few dozern birds to make a viable popualtion.

Where Do Parakeets Live?

The open plains and grasslands of Australia are the parakeets’ original natural habitat. The birds can be spotted flying in large flocks throughout most of the mainland, although they do avoid the slightly wetter areas of the east, the far south west and the northern edges of the Northern Territory. They thrive in hot, dry areas, but never too far from a water source. A lot of the birds time is spent chasing down the best seasonal foods and water sources. 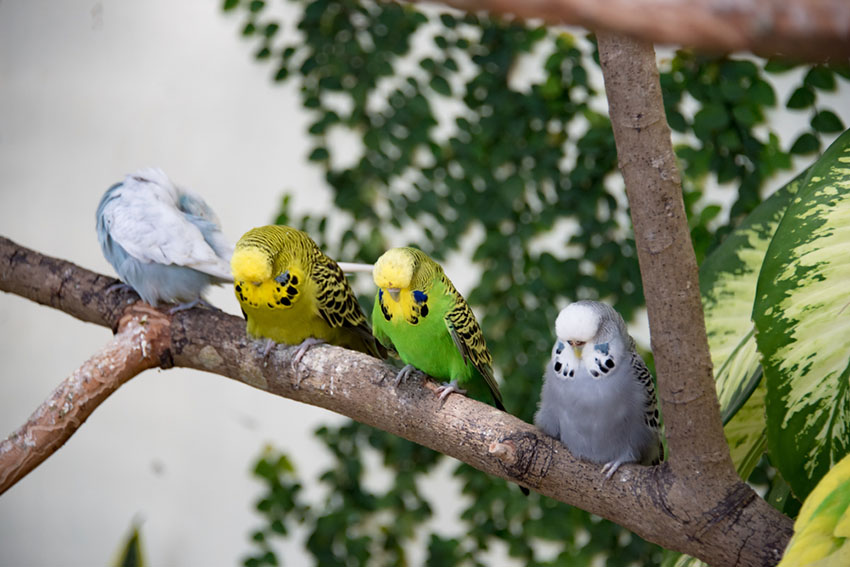 Parakeets asleep in a tree


In this constant search for the best food and water sources, wild parakeets can travel several thousand miles each year. In particularly dry seasons the parakeet is intelligent enough to seek out woodland or wetter coastal areas. Whilst their favorite food is grass seed, in hard times they aren’t too fussy and will happily eat fruits, leaves, plants, and even small invertebrates. This approach to diet has often gotten them into trouble with humans when a flock of these parrots end up eating away fields of wheat, barley, and other agricultural prairies.

Parakeets go for a “safety in numbers” tactic to survive in the wild. The more of you there are, the less chance there is of being picked off by a predator. This doesn’t mean that all parakeets manage to get away. Their commonest enemies are kites and falcons

The size of a flock varies. The usual flock of parakeets can be anything from three to more than a hundred. However, after heavy rain fall when the land is full of budgie food, these flocks can merge and there could be tens of thousands in a single flock. This only goes to show that parakeets are indeed social animals and that they crave company. If you do decide to just keep one, you may need to step in and provide company for your little friend.

Although they are very versatile creatures, quickly adapting to changes, parakeets are also creatures of habit. In the wild flocks drink at daybreak and then spend the rest of the day in search of food. During the hottest hours of the day budgies stay in shady spots in trees to avoid dehydration.

In times of drought, parakeets gather in huge numbers at any puddle they can find, and if there's no surface water they have an invaluable trick up their feathered sleeves. They locate damp ground and wait for kangaroos to arrive, having noticed way back in their evolutionary history that a kangaroo is able to dig for water. With the arrival of humans, a second potential well-digger had arrived in the parakeet’s life. This was probably the trigger for the bird’s expansion across much of Australia, following the diggers. 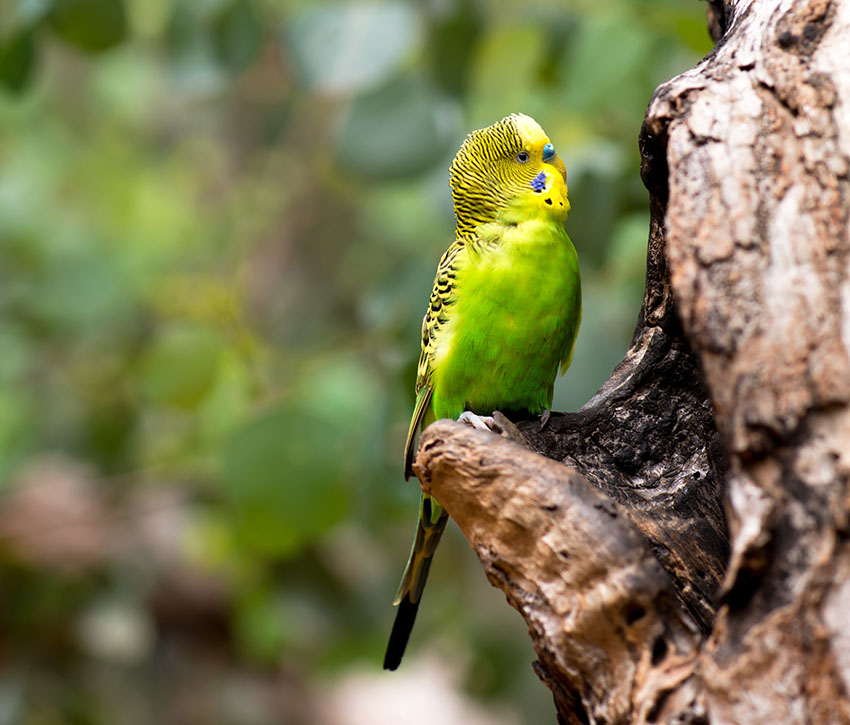 A wild parakeet in a eucalyptus tree


In the wild, parakeets roost together in trees. Their nests are usually located in hollow tree trunks or other cavities. Their tree of choice seems to be the eucalyptus. A large tree can act as a sort of small, bird filled city, with parakeets occupying the smaller holes and other birds such as cockatiels setting up homes in the larger cavities.

Keeping and breeding parakeets has been a popular hobby in the US since the mid-20th century. Many experts enjoy breeding new and exciting variations of the bird. This trade has become popular across the world. Whilst there isn’t a huge amount of genetic diversity between different parakeets (when compared to chickens and ducks), this doesn’t mean that all budgies are the same, as these birds can come in many different colours. 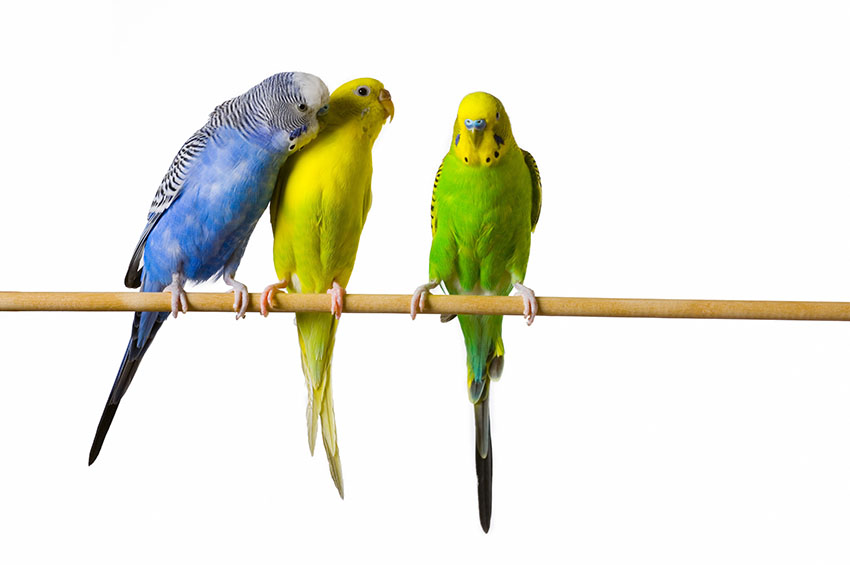 Pet parakeets on a perch


The usual domestic parakeet tends to be larger than its wild counterpart, with fluffier plumage giving the impression of a bulkier head and body. See the Parakeet Varieties and Types section of this Guide for a more in-depth look at parakeet varieties.

Many pet shops stock parakeets; but you can also buy birds directly from breeders, who will know the exact age of every bird they have (which is not necessarily the case with larger pet stores). Every State in the US has its local budgie breeders, and many other countries are equally well served. An internet search for “parakeet breeders in [your chosen county or city]” is a good place to start.