Just like people, all parakeets have different personalities. Despite this, they share certain behaviors. This is just as well, as knowing what’s normal behavior and what’s not is crucial in determining whether everything is ok in your cage or aviary.

In general, there are no big differences in the behavior of cock and hen birds. They both feed, chatter and socialize in the same way, and both can be either passive or aggressive depending on their mood, personality and circumstance. Hens have louder and more shrill voices than cocks, and tend to squawk more too. Females are also less inclined to learn human words - although it is not unheard of for female birds to talk too.

During the mating season - a vague concept, as in captivity this can be almost any time of the year - both sexes become more aggressive and territorial than usual. Females are often more sensitive in these times of surging hormones, so don't get offended when your usually placid bird suddenly attacks your hand. Thankfully, their beaks are no sharper during this time of the year so there's little danger of any bloodshed. These “mating seasons” usually last anywhere from three to six weeks. 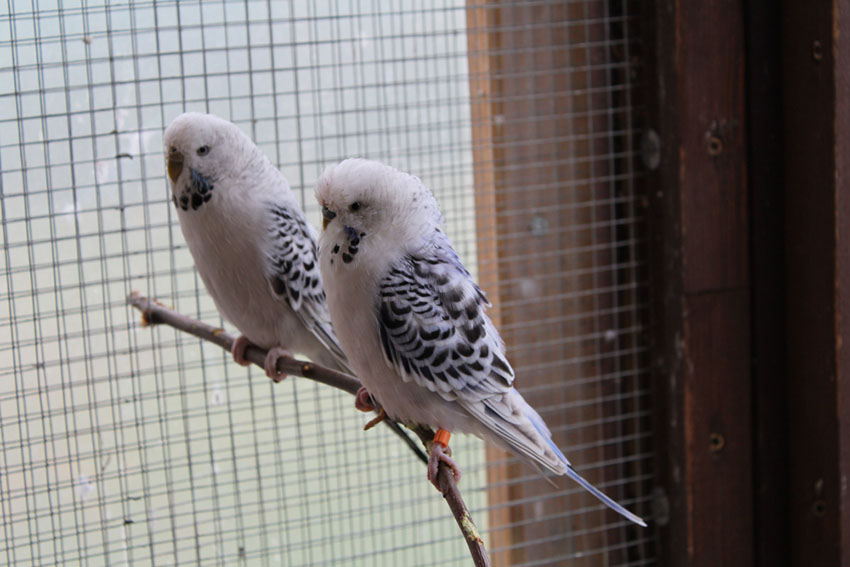 
Naturally, hormonal birds feel a need to mate, and if there's no mate available, toys, food or even your hand may become the center of its sexual attention. This instinct can usually be discouraged by putting your bird back in its cage and perhaps removing mirrors and potential nesting spaces.

A parakeet that’s feeling overheated will slightly raise his wings when perching. The feathers around the cere (nose area) may also be raised. If he’s very hot he will open his beak to pant. Always make sure there is a shady area in your birds’ cage so they can cool down.

On the other hand, a bird that’s feeling cold will sit huddled up on his perch, with his feathers fluffed up. Move them somewhere warm, or if your birds are outside, provide some warm shelter or switch the aviary heater on. 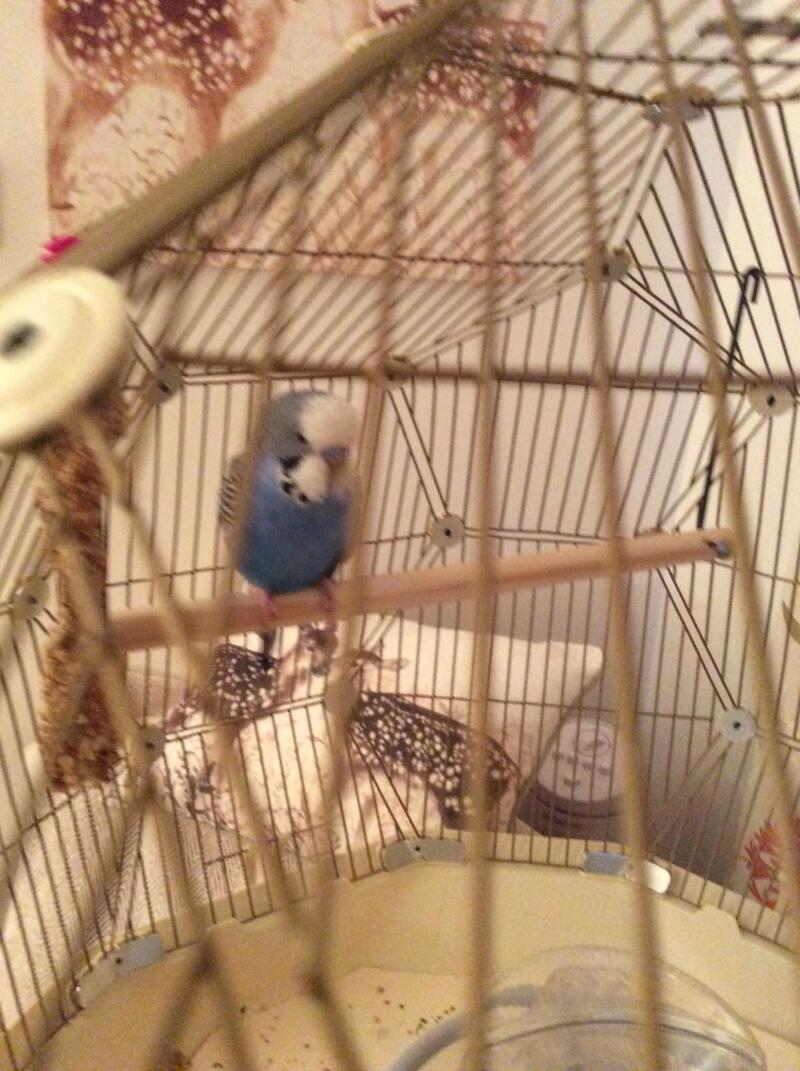 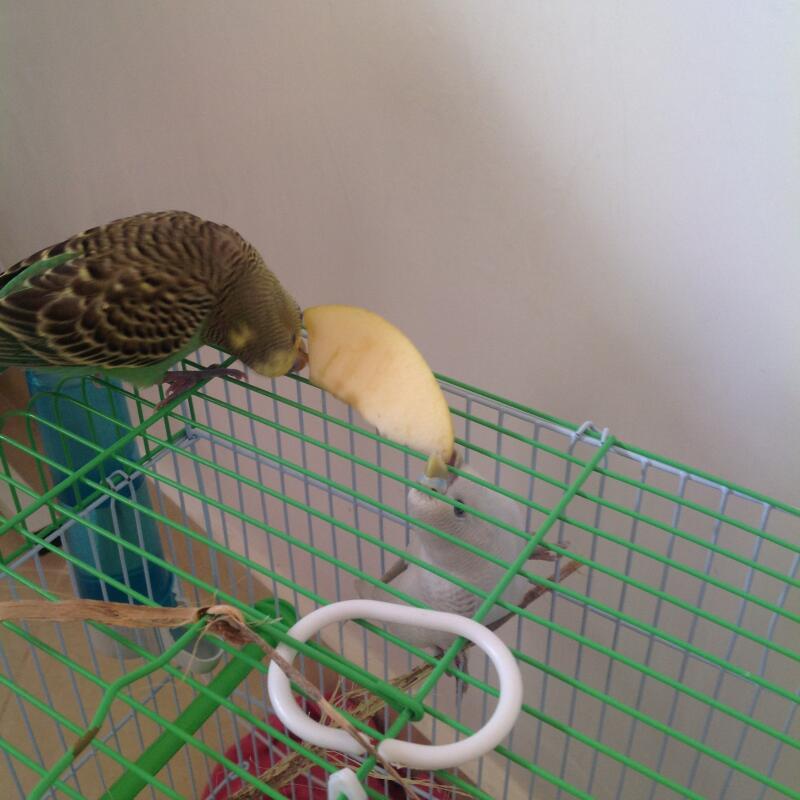 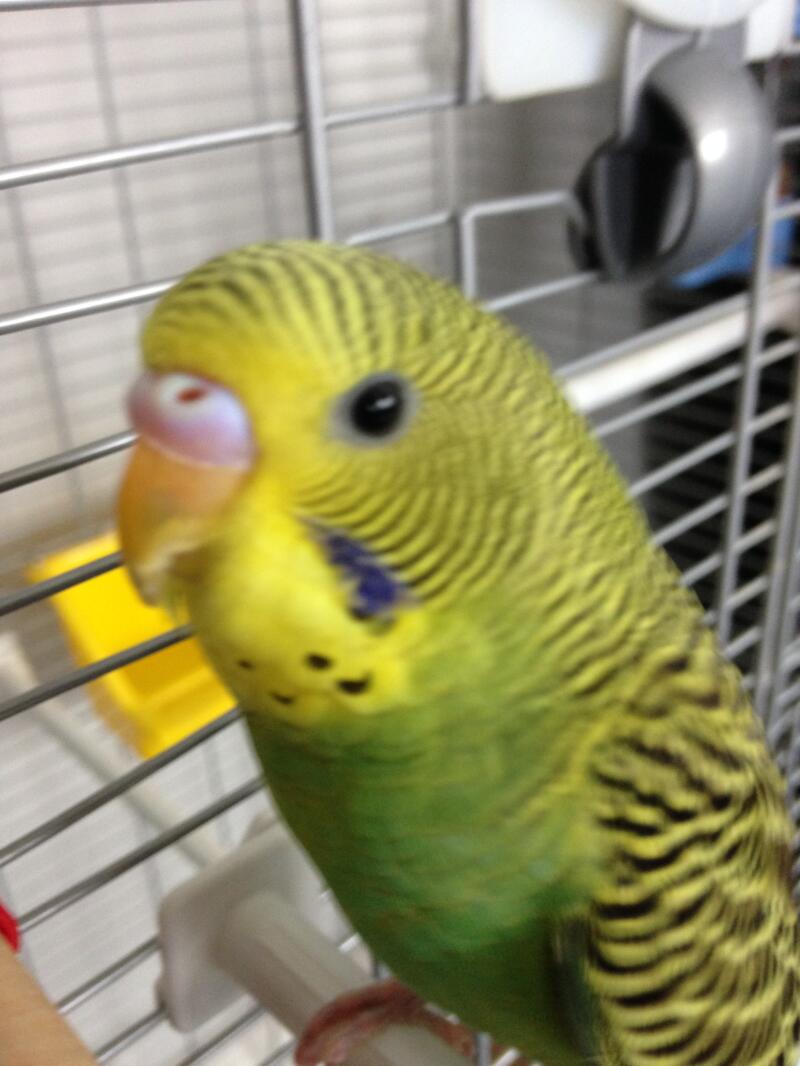 I've had my female budgie 5 years shes never been a social bird ,recently shes started squeaking when I go near cage I talk to her to calm her down and she hardly chirps shes eating drinking and playing ok .I have not frightened her in any way I love her to much but I'm concerned about this noise ,she lost her mate about 7 month ago

I've had my female budgie 5 years shes never been a social bird ,recently shes started squeaking when I go near cage I talk to her to calm her down and she hardly chirps shes eating drinking and playing ok .I have not frightened her in any way I love her to much but I'm concerned about this noise ,she lost her mate about 7 month ago

My non-flying budgie has just started laying eggs. just had three in quick succession. The Third one is under the bird in a corner of her cage. The last two have not produced chicks. If I reintroduce the male bird, will they breed again while the female is on the eggs? Im currently investing in additional cages. Its been a complete accident as the female has been unwell for some time and thought not to be impossible to lay eggs? I just need a means to stop her having further chicks. Regards John

I have a female budgie parakeet I've had for about seven years. Today she started acting very odd. She's panting, and seems very clumsy. When I put my hand down she climbs up on my hand, so she doesn't seem afraid of anything, and at one point she even arched her back and went into the mating trance. However, she's been in mating egg laying mode dozens of times over the years, but I've never seen her act like this, and I've certainly never seen her so clumsy. Also, I don't cage her. She has a cage where her food, water, little enclose egg laying house is, plus all her perches and toys, but I just let her fly around free in the house, and always have. She never wanders more than twenty feet or so from her cage. However, now it seems she isn't even able to fly at the moment. Is she just heavy with an egg, or eggs, and that's why she's behaving so odd? I'm just concerned for her. I'd have to see her suffer. Here's a video I just took of her. Any ideas what might be the matter with her, or is this normal, and I've just never noticed it before? https://youtu.be/QMS6YoE3vq0

I have a male budgie he was given to me a year ago I replaced his cage but now he just sits on his perch only eats his food and millet no fruit now his feathers have started coming out , he is very quiet but he isn’t a friendly bird can you give me some advice please