Parakeets have been coloring the Australian skies for more than five million years. They are members of the parrot family, which has been around for around 50 million years. Parrots love the sun, and because of this are only found in the southern hemisphere. Australasia (the region incorporating Australia, New Zealand, New Guinea and the surrounding islands) has the more species of parrot than any other part of the planet.


Parakeets belong to the parrot family


At a mere 7 inches long (but sometimes up to 9 and a half inches in some domestic varieties), budgies are amongst the smallest members of the parrot family. Their closes relatives alive today are the lories and the lorikeets. Budgies are, however, the sole representatives of the Melopsittacus genus

The parrots are the smartest members of the bird family (crows however come in at a close second). The area of the brain they use to learn and memorise sounds-including human speech-is very well developed. In fact one parakeet won a Guinness world record for the most amount of words memorised, an unbelievable 1,728! Parakeets can also learn tricks. All over the internet you can find videos of parakeets skateboarding, maze-cracking and performing many other tricks. All of this begs the question, how did their intelligence evolve?

As with any question of evolution, the core facts are simple: parakeets and other parrots are intelligent because, over the millennia, intelligent birds got to pass on their genes to the next generation, at the expense of less intelligent competitors. If a female parakeet is looking for the most adaptable and talkative male (and girls checking out boys is how the matchmaking lottery tends to work in the animal world), the clever loudmouths are going to fertilise more eggs than the relatively slow, tongue-tied ones. This is also why cock parakeets are better talkers than hens. 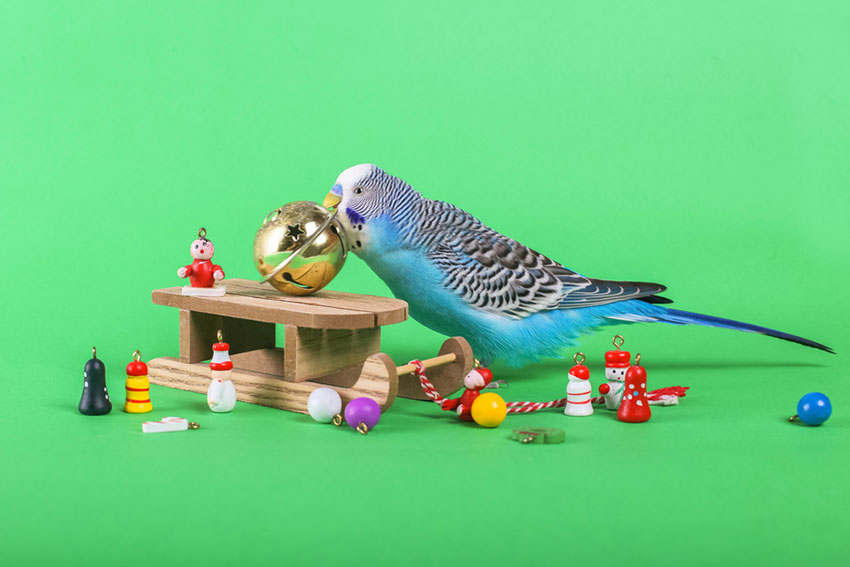 Parakeets love playing – and that’s a sign of intelligence


The parakeet’s ability to do tricks, and the fact that it can be tamed, just goes to show how versatile and adaptable this bird really is. The constant movement, in search of food and water, which parakeets are evolved for has forced them to learn how to think on their feet. In captivity this skill manifests itself as the ability to take on new challenges and feeling comfortable in situations that they wouldn’t encounter in the wild such as befriending humans, mastering a skateboard, or solving a puzzle