A finger-tamed parakeet who escapes his cage but is confined to a sealed room is easy to recapture, tempting him to the finger with millet and then putting him back in the cage.

The problem is trickier if the bird is untamed. In this case, you will need to lure him back by removing all food and handy perches from beyond the cage, and waiting for him to return of his own accord. If you’re in a hurry, you may have to resort to catching the parakeet in a net or towel. 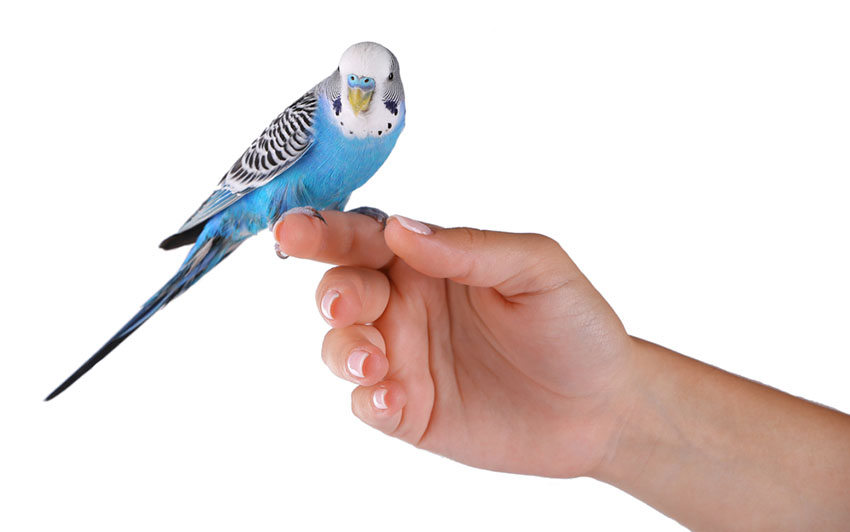 Indoors, an escaped parakeet can be lured back to the cage

If the recapture of an escaped bird moves beyond a closed room, your campaign of recapture needs to be well planned. You’ll need a parakeet-capturing kit consisting of a net and towel, a cage or carrying box, a cage cover, a millet spray, and a recording of parakeets chattering (an MP3 on your mobile phone will do the trick). Your own voice is a useful weapon, too, as that will be a very familiar sound to your pet bird.

Catching a Parakeet Outside

Your chances of recapturing an AWOL parakeet outdoors depend on how soon you realise he’s escaped. It will be easier to lure him back if he’s still in the vicinity of his cage and cage-mates; but if he’s flown further afield, you’ll struggle.

The first place an al fresco escapee is likely to go is to the top of the outdoor cage, or to a nearby tree. If he’s simply nipped through an open window and there is no outdoor cage, he’ll head for your roof/gutter or a high tree/fence. 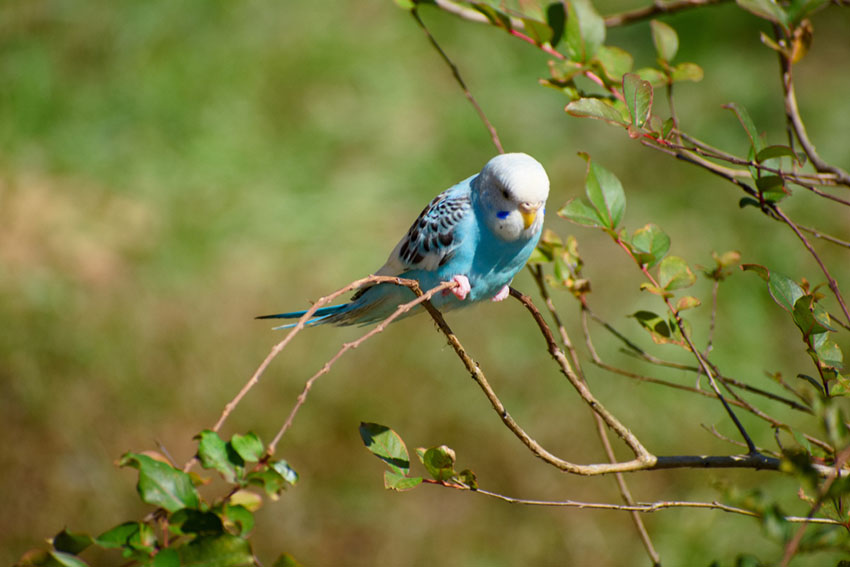 
Parakeets’ tendency to seek out high places doesn’t assist in their recapture, but the trick is to lure the bird down to your millet-loaded hand or portable, food-stuffed cage.


Do Escaped Parakeets Come Back?

A bird that has flown further afield is a lot harder to recapture. He will not necessarily return to the cage or aviary, driven on by a mixture of anxiety, disorientation and curiosity. There are no guarantees of his return and you must rely on luck and cunning to get him back.

If the bird is on the move, follow on foot, carrying with you the parakeet-capturing equipment mentioned above. He will not travel far on his first flight away from the cage, so even if you didn’t see him leave, as long as you notice his absence within the first hour of his escape, you’re in with a decent chance of locating him in the vicinity. Listen for his voice – he will probably be calling to his absent friends, or trying to make contact with other birds he encounters (a house sparrow’s chirrup is not dissimilar to a parakeet’s, and will often provoke a reply). If you can’t see him, play the recording of the parakeet voices, and listen for his response.

When you catch up with him, try to lure him down with a combination of millet, cage and parakeet song. He will be tired, and if he’s been away for a long time he will probably be hungry too. But he will also be stressed, and not inclined to fly down from the safety of the tree or rooftop he’s resting on. This, sadly, is where a lot of parakeet chases end. The bird remains high and dry, and eventually flies away and out of sight. Your only chance of capturing him is to tempt him down. If he’s on a rooftop, there is the possibility of getting yourself into the closest upstairs room and trying to lure him from there. 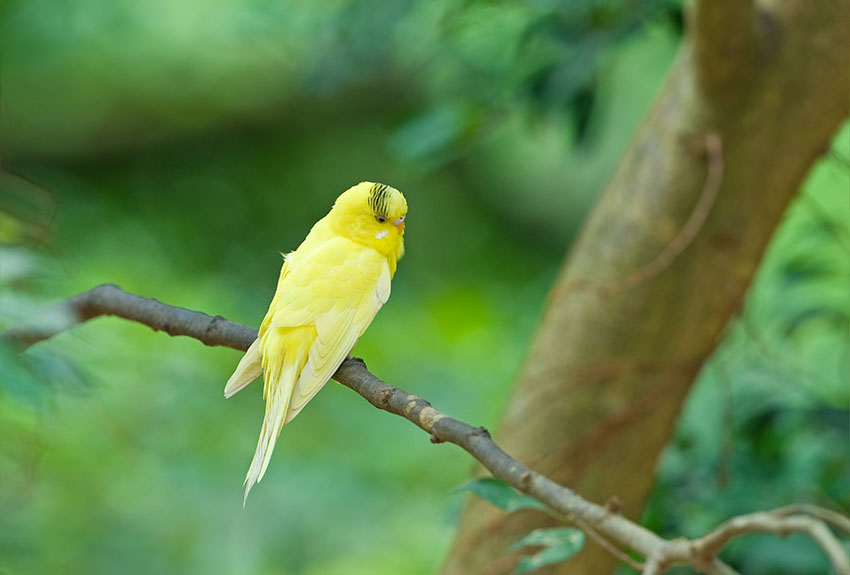 
A net on a long stick occasionally works. Load the net with millet and move it ever-so-slowly towards the parakeet. Scoop him up and bring him down quickly, removing him from the net with your hand and returning him to the cage. He will be stressed and unhappy, but a cage cover will assist in calming him down during the journey home.

Hi, I had a white budgie with a bluish tail and he flew away near the rotary stadium. If any of you see it please contact me, it is in the area of Abbotsford or maybe gone further.He flew away on October 9,2021

Hi, we saw a young white and bluish parakeet in shoreline WA, looks like flighted juvenile.. the bird had a silver band and was last seen Aug. 2nd near park wood elementary school. We tried to capture but didn’t have any success… maybe this will find the owner, he looked tired and dehydrated but overall pretty okay, we’ll groomed etc. hoping for a happy ending.

My beautiful white parakeet escaped through the open door on the 18 th of July 2021 I was able to spot him on the top of the tree near by He was sitting there overnight. The next day he came down but he flew again when I tried to catch him. This broke my heart. I still wake up to his chirping but he is no where to be found. I live in Seattle new holy zip 98108 Please if anyone sees him or locate him please let me know here. Thanks

4 weeks ago a beautiful green parakeet appeared at my bird feeders. I have attempted to find out if it was tame. He/she is not. The beauty is at the feeders every day. He now flies with sparrows all over. It really appears they have accepted his as one o their own. No one answered a newspaper ad. I will hate to see winter though

Ngoc-Anh, if your birds are still missing, they aren't coming back. I am so sorry, it must be very hard to hear this, and your parents may not have wanted to tell you. You have given your birds a wonderful life full of love, but it's time for them to rest now. Love and care for the birds you still have, its what your bird would have wanted.