Despite being relatively robust little creatures, budgerigars can still fall victim to a wide array of disease and illness. You should always rely on a vet to make the diagnosis. You job as a keep is just to identify illness in general terms, using the points listed in Parakeet Disease Symptoms, above.

Also known as macrorhabdiosis, or megabacteriosis, this highly contagious infection is annoyingly difficult to spot in the early stages. The AGY incubates and proliferates in the bird without any outward sign of trouble. One of the first things you may notice is that your bird will lose some weight, despite the fact that they are eating normally. This is because AGY impedes digestion. You may spot the undigested food in their droppings, or the bird may vomit food and mucus. They will also become listless

Up until 2004, the cause of the disease was thought to be a bacteria, but it has now been identified as a yeast, Latin name Macrorhabdus ornithogaster.The misdiagnosis came about due to a bacteria, including Streptococcus, taking advantage of the parakeet’s hammered immune system and spreading a secondary infection. The combination of the yeast and bacteria can lead to a condition known as wasting disease (sometimes referred to as “going light”)

Your vet will be able to administer a drug to combat the AGY, and will recommend a healthy diet to aid recovery. This usually involves removing all yeast-feeding sugary foodstuffs from your bird’s diet.

Despite this you will still need to keep an eye on your birds, as AGY has a nasty habit of lying low for a few weeks and then blooming again.

This is another yeast infection. Candida, the organism responsible, is a form of thrush and can bloom anywhere in the parrot’s digestive system from the crop downwards. A few of the symptoms are similar to AGY infection, these include listlessness, vomiting, and loose droppings. The vomit will usually have a nasty smell, and the bird’s crop may swell up due to gasses produced by the Candida yeast. In very advanced cases the parakeet will suffer loss of balance and shaking fits.

Candidiasis can only be cured with drugs that kill the bacteria, so a trip to the vet is a must-do. The cure for this disease usually takes around a week. During this recovery period the parakeet’s diet should be watched closely and any yeast feeding sugars should be avoided.

This condition has more than one cause, but all the suspects are members of the yeast family. The symptoms of this illness are a swollen crop and sour smelling vomit. Once again, the only cure for this is a targeted drug to kill the infection. 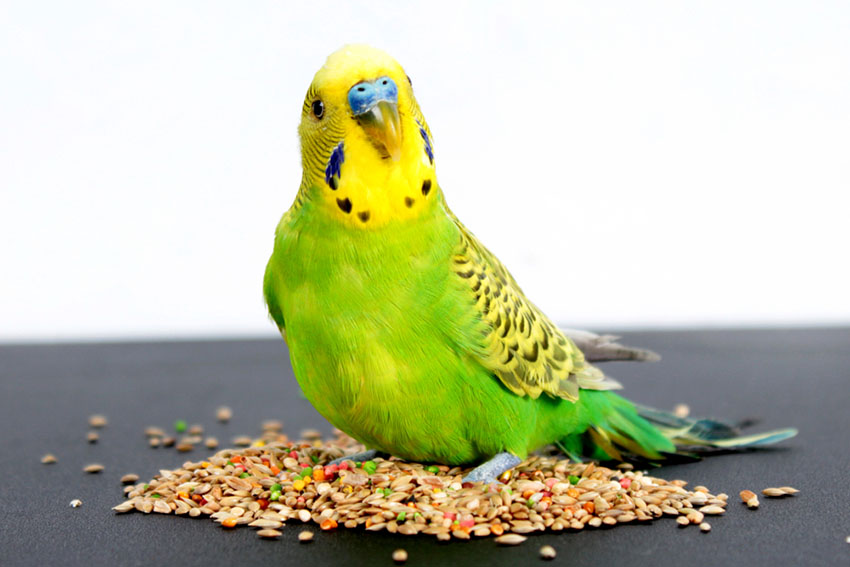 Sneezing or coughing is usually a symptom of a cold or similar virs in the parakeet’s upper respiratory tract. There will be an accompanying runny nose, or the cere may be caked in dried nasal discharge. A parakeet’s sneeze is not the same as a human's, but it’s a noise that you most likely won’t have heard before. This should be a big red flag and you should head to the vet.

This sneezing/coughing will be accompanied by other symptoms such as listlessness, panting, and spending a lot of time on the bottom of the cage. You may notice that your bird is short of breath, and may sometimes grip the sides of the cage with their feet and beak, stretching the neck in an effort to get more oxygen in. Their breathing might be noisy: it will sound like a finger being rubbed on glass..

Several bacteria are usually involved in these parakeet colds. Unlike human colds they will not simply disappear after a few days. You can use a tissue on a tamed bird to soak up some of the nasal discharge, but it is still best to get your bird to the vet as soon as possible.

This is one of the most well-known diseases most people have heard of, due to it being transmittable to humans (see Can Humans Catch Diseases from Parakeets?, above). Chlamydophia psittaci is the organism responsible for the condition, and it is estimated that 1% of wild birds harbour of the disease, a figure that rises to 30% in domestic birds. Most of these birds are carriers and don’t show any symptoms themselves, but they can still pass on the disease via droppings and saliva. The best way to prevent the spread of this disease is to keep the cage clean.

A bird that has succumbed to parrot fever will display most of the symptoms described in Parakeet Disease Symptoms,above. Listlessness, ruffled feathers, breathing problems, loose green droppings and a gummed up cere are common symptoms.

The ill bird will need to visit a vet to verify their condition. Isolation is then vital, and the cage the bird came from will have to be isolated. After this you will have to monitor your other birds for symptoms, and remove any bird you think may have caught it. The vet will prescribe drugs, or in worse cases amy recommend that it is in everyone’s best interest to have the bird humanely put-down.

Also known as Papovavirus, this disease is caused by the Psittacine polyomavirus virus, which kills the young birds before fledgling. This disease does not affect adult birds, although there can be a possibility that they are carriers of the virus. In a milder form, the virus produces a condition known as French moult (see below) 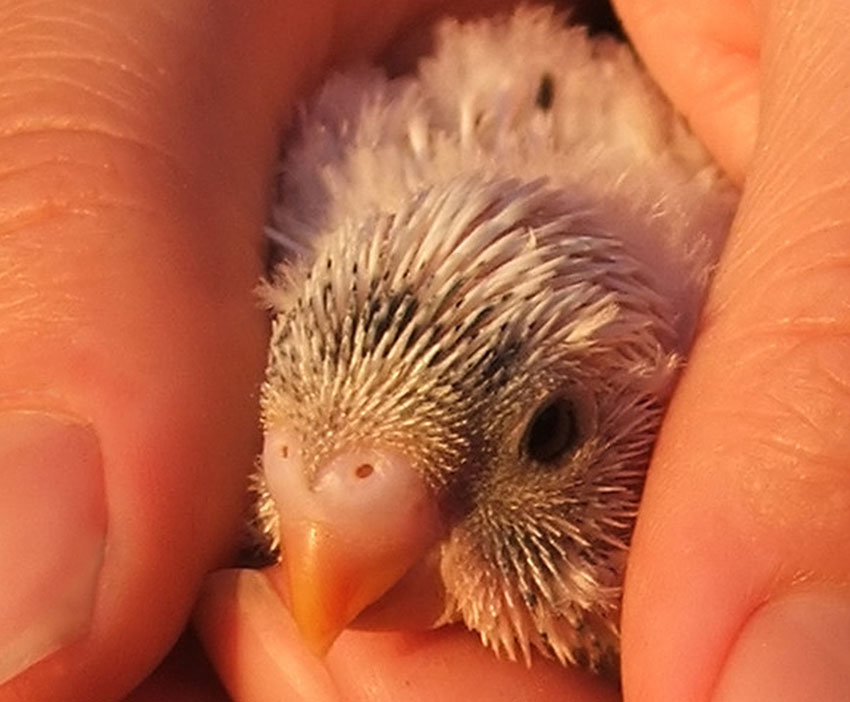 Even a small wound on your bird can become infected and lead to septicemia (blood poisoning). An illness like this will finish off a parakeet very quickly. If you see any traces of blood on the birds or around their cage, make a quick visual examination to spot the wounded party. It could be a case of feather bleeding, but it is much more likely to be an injury. Any form of flesh wound should be reported to a vet for antibiotic treatment.

The best cure for this problem is to simply make sure it can't happen. Rid your cage of any sharp or pointed objects that could cause your bird to cut themselves.

This is a condition that forms in chicks who have been squatting on a flat nesting box floor whilst their leg bones develop. Setting up your nest box correctly is crucial and should help prevent the problem from occurring. If the legs are splayed, the condition can be treated by taping the legs together between the ankle and knee for a few days. Just make sure to leave an adequate amount of slack so that your bird can still move around. Consult an expert before doing this. 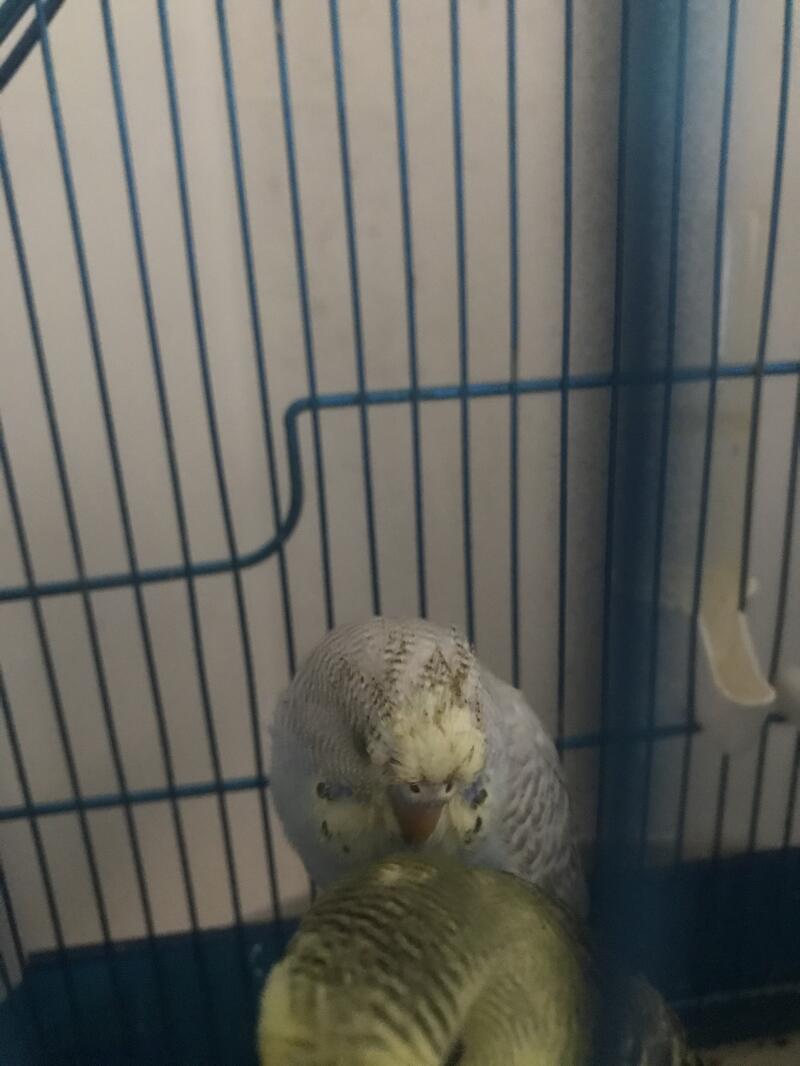 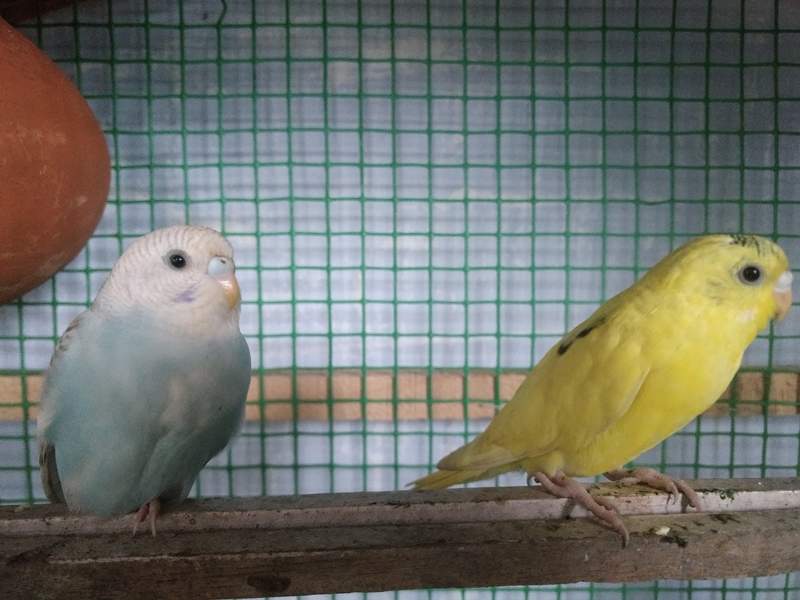 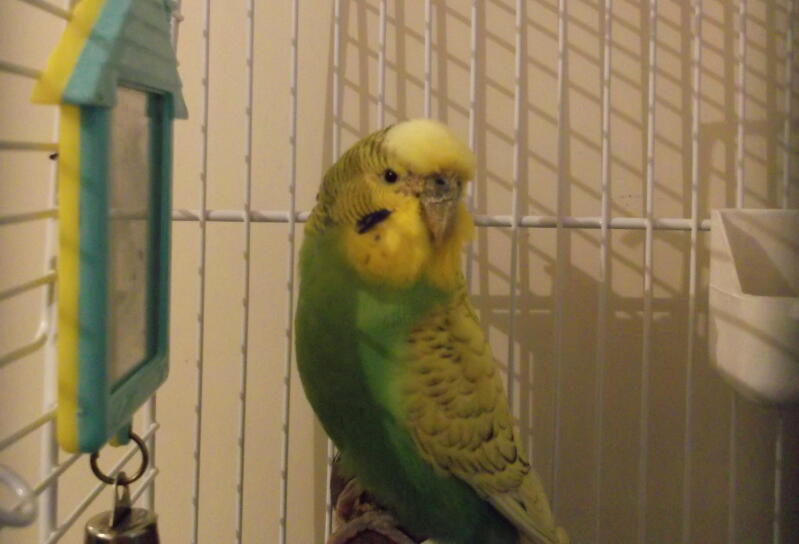 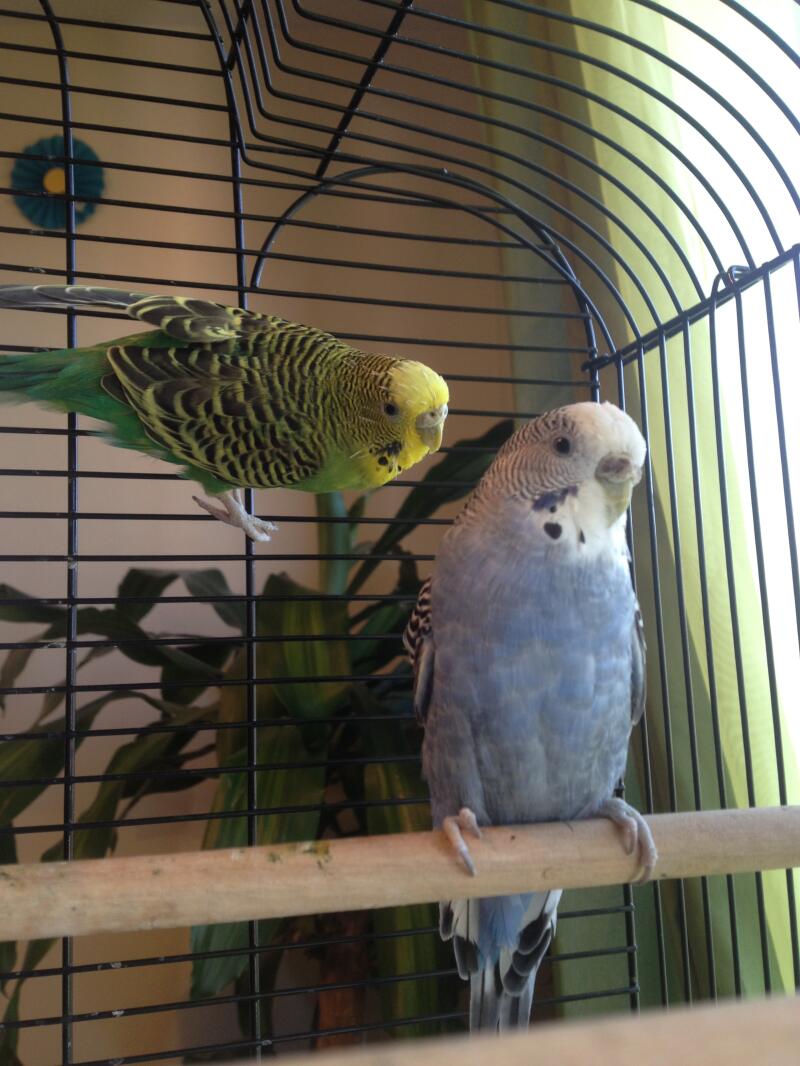 My friend's parakeet has a growth in the the lower abdomen. It appears to be a egg but it's not. It's soft and doesn't appear to be bothering her. If it is a undeveloped egg it's not coming out the right place.

My parakeet has some black on her nose with a slight redness to it. She eats and drinks just fine…I am worried for her any help would be great!

My parakeet has been laying on the bottom of his cage, he isn't eating or drinking, and he is breathing heavily with his wings spread. He isn't old, we got him a couple months ago

My bird had swelling in both the eyes along with runny nose from past one year. We tried various medicines but there was just some temporary decrease in the symptoms. The day before she died, she was very sleepy and didn't eat anything. Next day we found her dead in the cage. One more important point is that it was very cold from past few days. My bird was Alexanderine Parakeet and she was 7 years old. Can anybody tell me what might be the cause of her death ?