In most parakeets, the markings and patterns of their plumage are uniform, in spire of the different bird varieties. The “normal” plumage colors are what’s subject to change, sometimes fading from browns to greys and occasionally nothing whatsoever. The broad categories here are Brown, Grey and Pied.

Some parakeets are born with brown markings instead of the classic black. This is a result of an overall lightening of the bird’s colors, almost as if it had bathed in chalk dust. This color is not specific to one variety of bird, but is rather one of the many details that makes each parakeet different. The most common brown-patterned types are the Cinnamon, in which the lightening effect is minimal; and the Fallow, which is much lighter than the Cinnamon. Fallows also have red eyes and pink feet, and their beak and cere colors tend to differ from standard birds too. 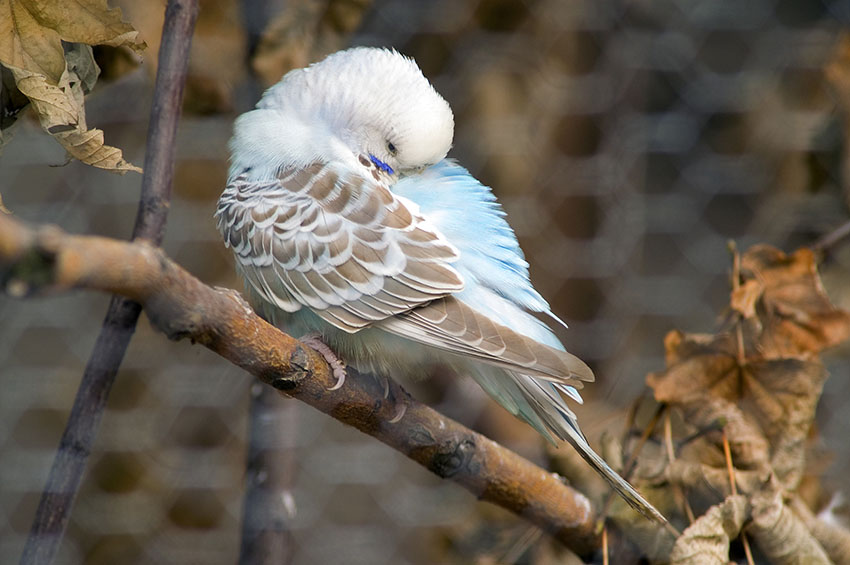 
Even more pale is the Lacewing. These birds are either yellow or white, sometimes with a faint hint of green or blue. These birds are the result of a bird carrying a Cinnamon gene and an Albino or Lutino one (see below). Neither of these genes are dominant, which allows both factors to manifest themselves in the bird.

Some parakeets may have grey markings rather than black. As with the aforementioned brown varieties, they have reduced coloring, resulting in the birds having an almost ghostlike appearance when perched beside a non-grey bird. The Greywing bird is very common, you may even own this type of parakeet. They have half of the “normal” parakeet color leaked away. The Dilute type is even more pale, its chin spots looking like a faintly stained shirtfront that has failed to live up to a washing powder’s promise.

The greying effect on Clearwing types is slightly more subtle. These birds retain their original color schemes--whether yellow/green or blue/white based--but with the dark wing feathers replaced with faint grey--sometimes so faint that it is totally invisible. 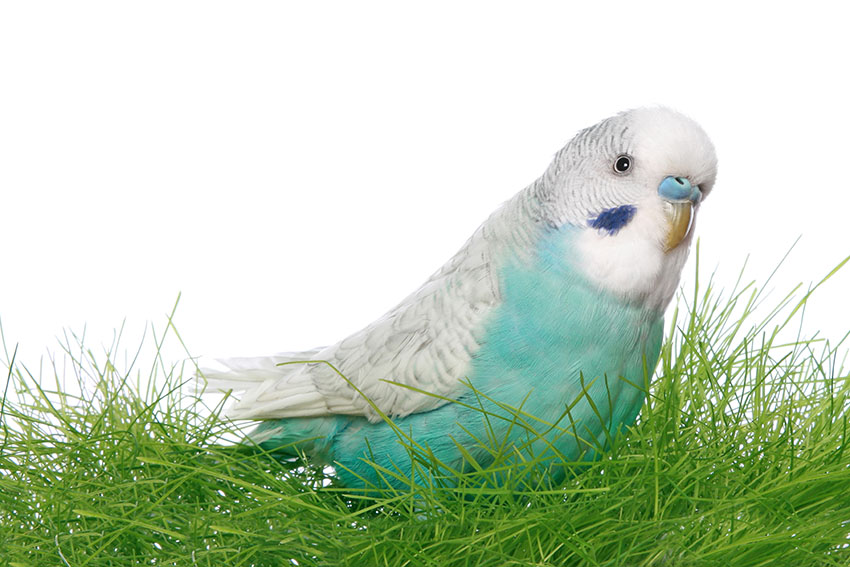 The pied effect is caused by a lack of dark pigmentation across much, but not all, of the plumage. What makes these birds special is that where the dark pigment is lacking, the underlying color of the bird shines through. This is yellow for yellow/green birds and white for blue/white birds. The dark pigment is what’s responsible for the green or blue coloration.

This means that a “Yellow” pied parakeet will be yellow with the odd swathe of green, and a “blue” one will be white with streaks of blue. Most of the time birth types will have black and grey markings in the wings. At a quick glance it may seem that these bird's markings are completely different to “normal” bird’s markings, this isn't the case however. The difference in these birds is all to do with the absence of color rather than altered plumage patterns associated with the opaline and Spangle parakeet varieties. 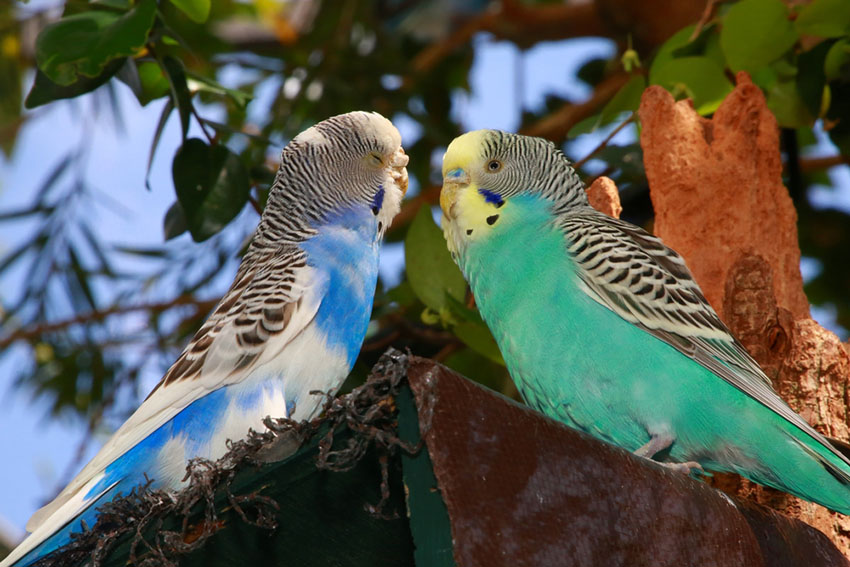 A Pied blue/white parakeets chats with an Opaline parakeet

The Recessive Pied tends to have brighter coloring, and a pleasing, messy patchwork of markings wherever the dark pigmentation decides to show through. Their heads also tend to be ever-so-slightly striped at the crown and in the region o f the eyes and ears. Each one looks different - again, we are talking about patterns and coloring here, not distinct varieties.

The Dominant Pied has random markings across the wings and much of the body. There are also some, known as the “Banded” form, which have “normal” coloring on the head and chest areas, with a thick band of yellow or white (depending on the variety) around its middle.

The Clearflight often has a bald patch look to it, as some of the darker coloration has been removed by random splashes of bleach. In other birds, the pied effect can be minimal , with just a patch or two of yellow or white on the neck and throat. Clearflights also have primary wing feathers and long tail feathers of their underlying body color (i.e. yellow or white). 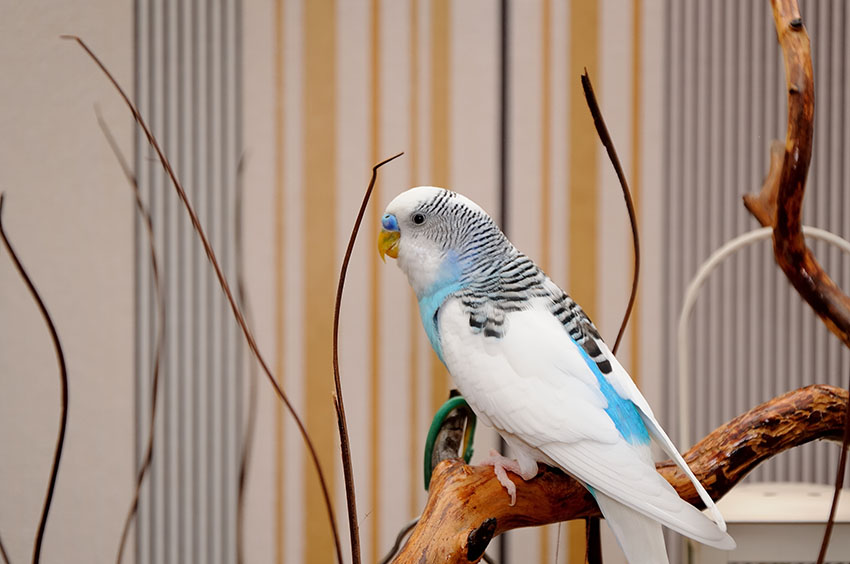 
The Mottled is rather unique in the facr that it changes color with each moult. The underlying base color, either yellow or white, increases it presence each time, almost as if the bird were slowly reverting back to its base color.

Albanism is the absence of pigmentation. This can occur in virtually every animal speiceis, including humans. In parakeets there are two manifestations of albanism, depending on the genetic base color of the bird (yellow/green, blue/white), Albino for white birds and Lutino for yellow ones. In the Lutino there is no melanin present, just the yellow pigment psittacin. In Albino birds there is no pigment at all and the birds are fully white. Both of these type sport pink eyes and feet and their ceres are either pink, blueish-pink or off-white. These birds are also known as White Ino of Yellow Ino, named after the ino gene responsible for the lack of melanin.

A parakeet that is a mixture of white and yellow along with pink eyes and feet, is carrying a Yellow Face or Golden Face gene. (see Parakeet Color Varieties, above). In these birds the albanism doesn’t prevent the gene from showing through. These birds are sometimes called Creaminos. 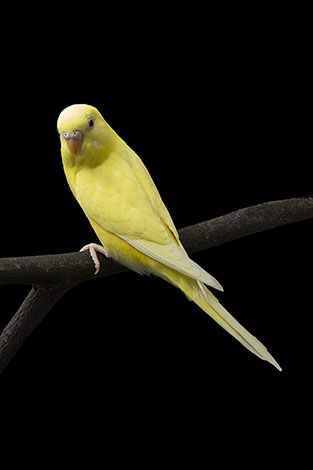 
White or yellow parakeets without pink eyes and feet are not Albinos or Lutinos. They are either Dark Eyed Clear types, or Double Factor Spangles. The former are a mixture of two pied types (see Pied Parakeets, above) - the Recessive Red and the Clearflight. On these birds the markings have completely disappeared, but you can still catch a glimpse of silvert cheek patches on the birds. They also have dark eyes with no white ring around the iris.

Double Factor Spangles are the result of the Spangle variety (see above) carrying two genes for spangling, rather than the one. The only immediately obvious difference between these and the Dark Eyed Clears is the eye, as these double spangled birds sport a white ring around the iris. 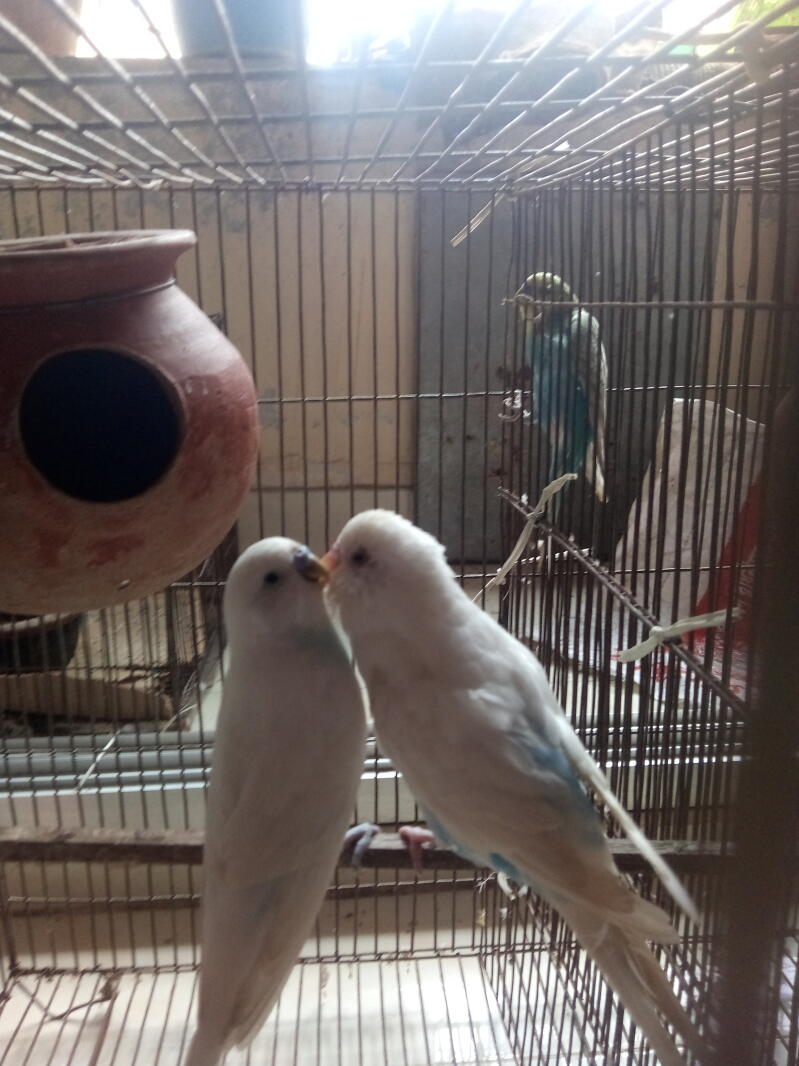 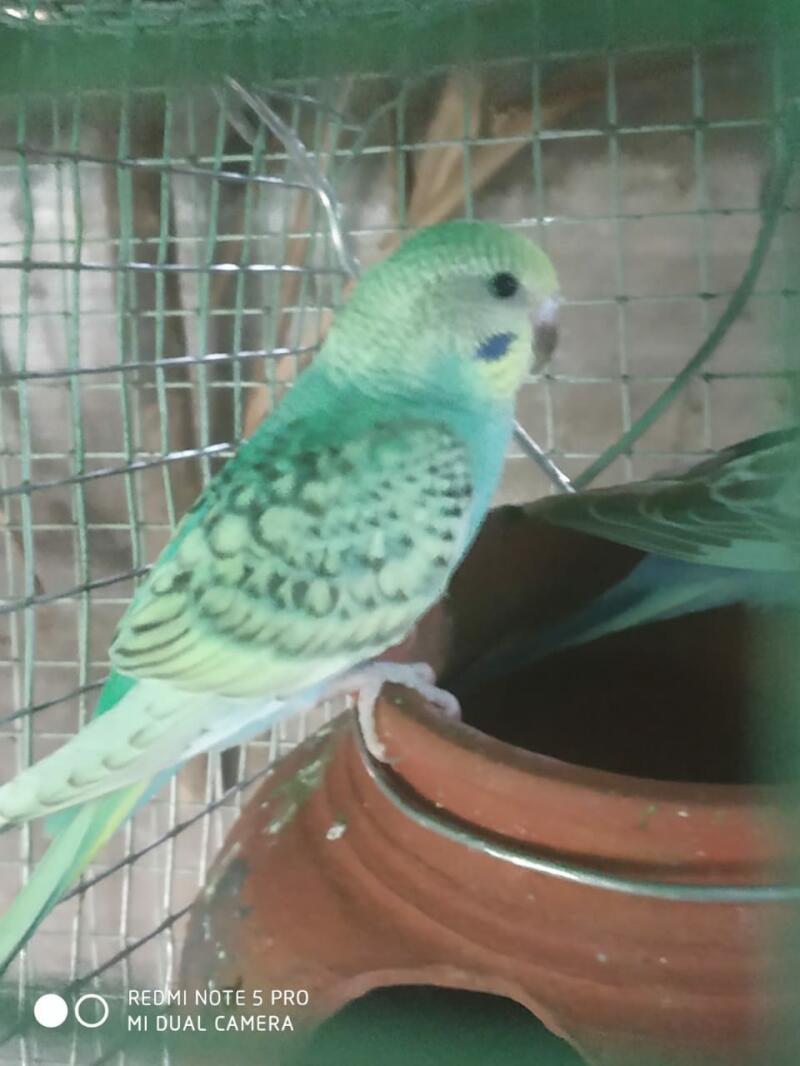 Hi, I have a 10 month old creamino budgie named Daystar and I heard that Albino and Lutino budgies have a low immune system, is this the same for creamino? I'm trying to figure out if she is, because I can prevent sickness from reaching out to her. Anyway, Thank you so much for this article it helped a lot????????????