The Appenzeller originates from Switzerland and will lay well on little food. They are ideally suited to mountain life as they are excellent climbers, like to roost in trees and as they only have small wattles and combs, they don\'t have so much to get frostbitten. They have a well spread tail, full hackle and fairly hard, tight plumage. On the head is a horn type comb with two small rounded spires and the unique crest points forward like the bonnets on the traditional costume bonnets worn by the ladies in the Appenzellerland region. Spitzhauben actually means pointed bonnet. The wattles are long and fine and the ear lobes are white and oval shaped. They have a powerful beak with large deep nostrils and a fleshy knob at the front of the beak. The prominent eyes are brown.

The Appenzellers are really quite bright and will happily look after themselves when insects are plentiful. They like having freedom to roam as well as having things to climb as they are always on the go and like to roost in trees. Appenzellers will need extremely secure fencing as they are very good fliers. They are good layers and will occasionally sit if undisturbed.

Silver spangled, gold spangled, black. In all colours, the legs are blue and the eyes are dark brown. 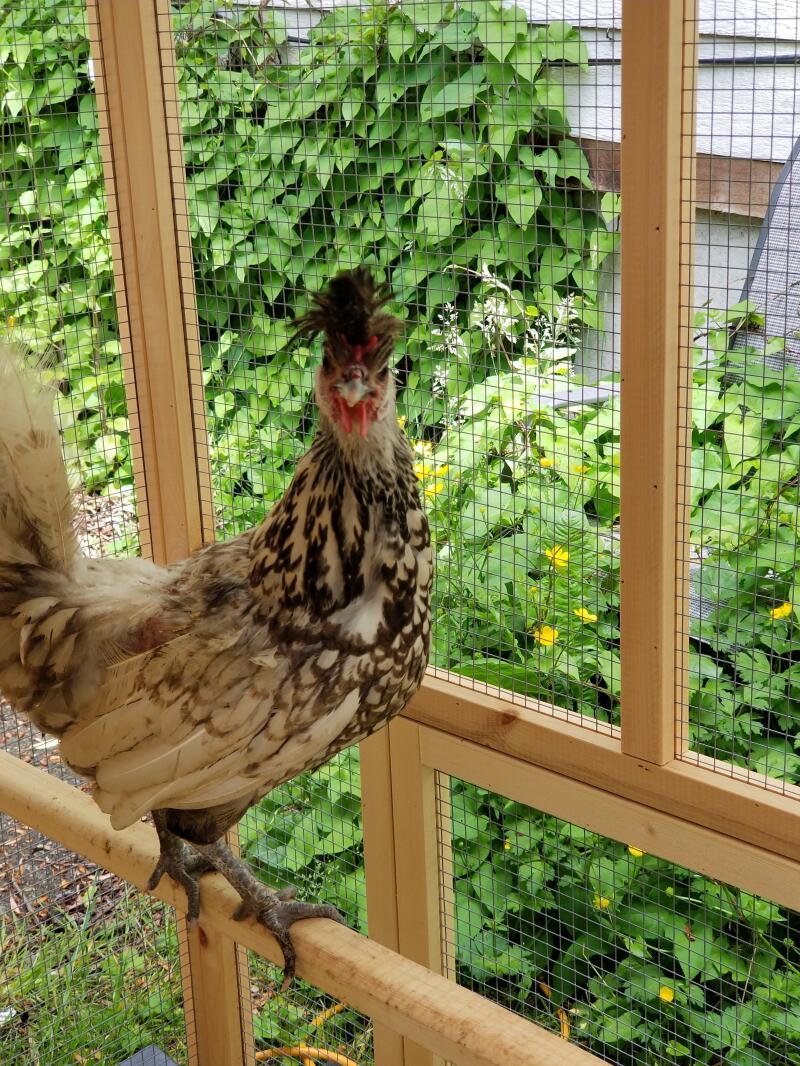 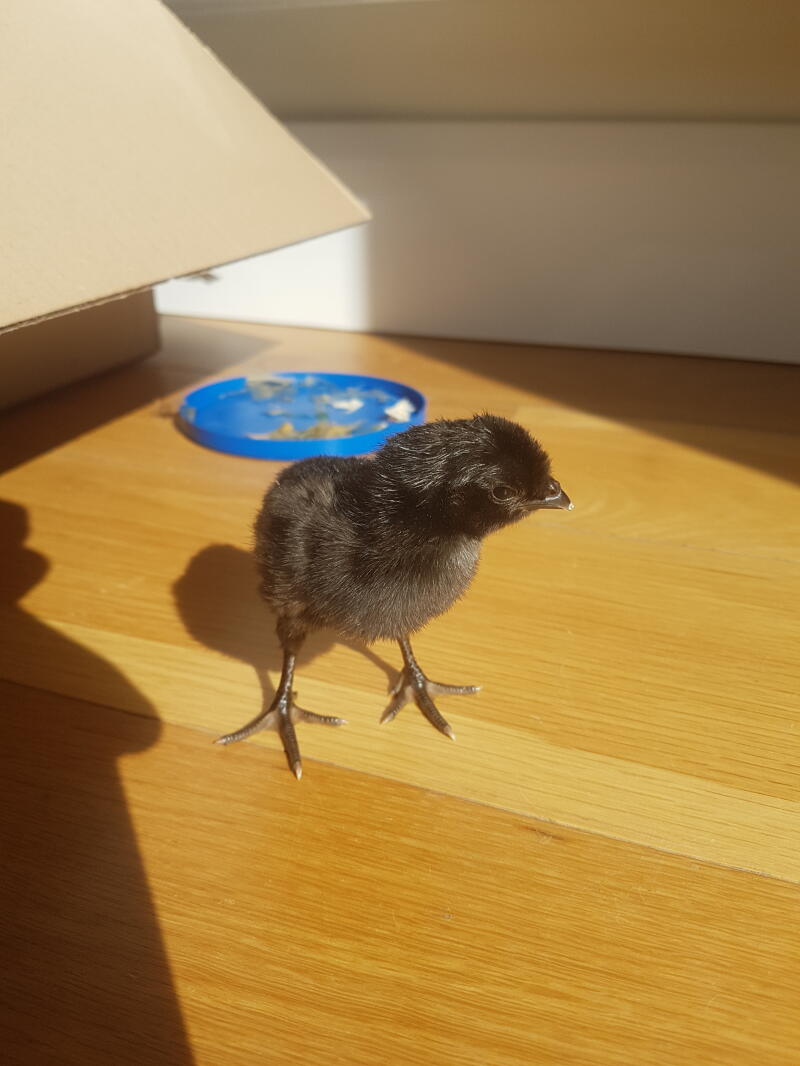 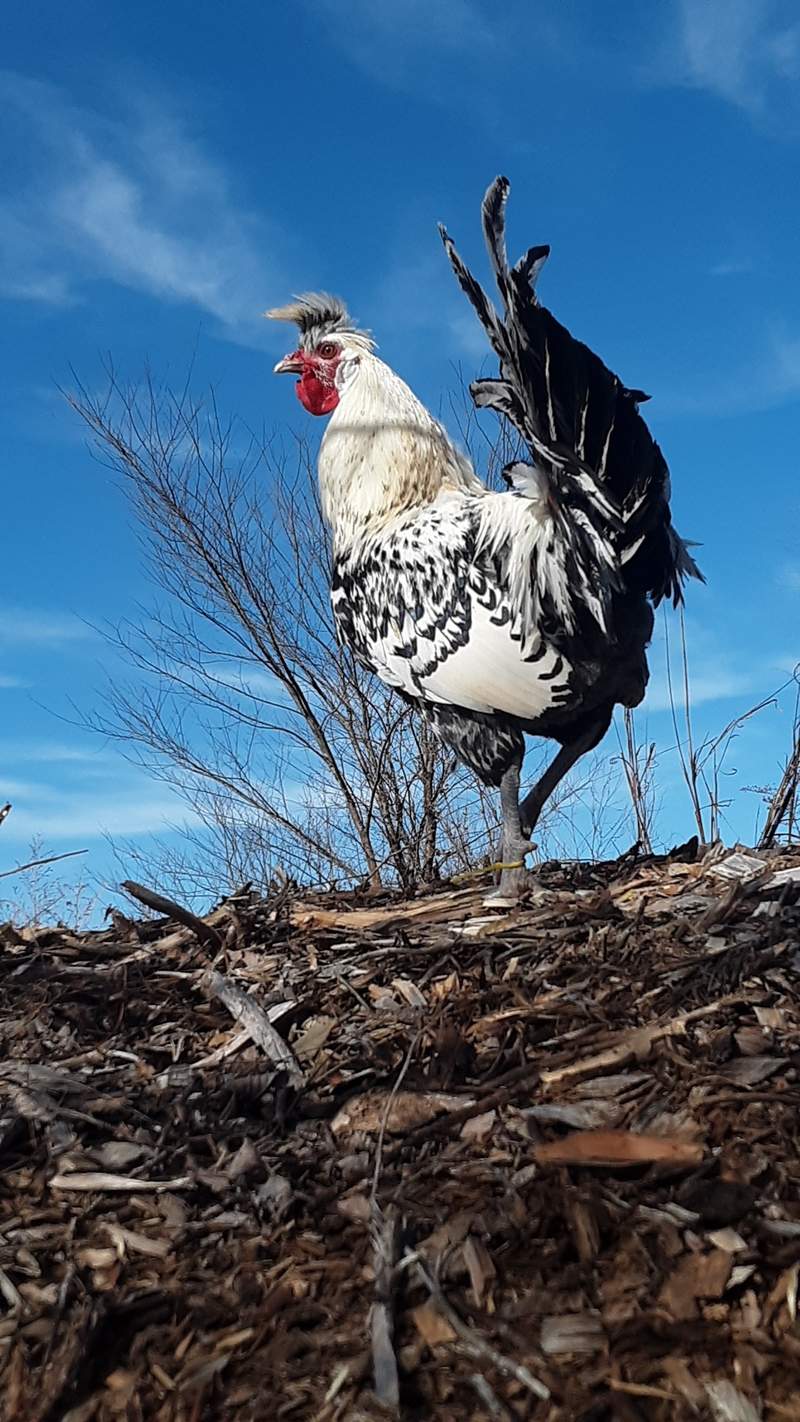 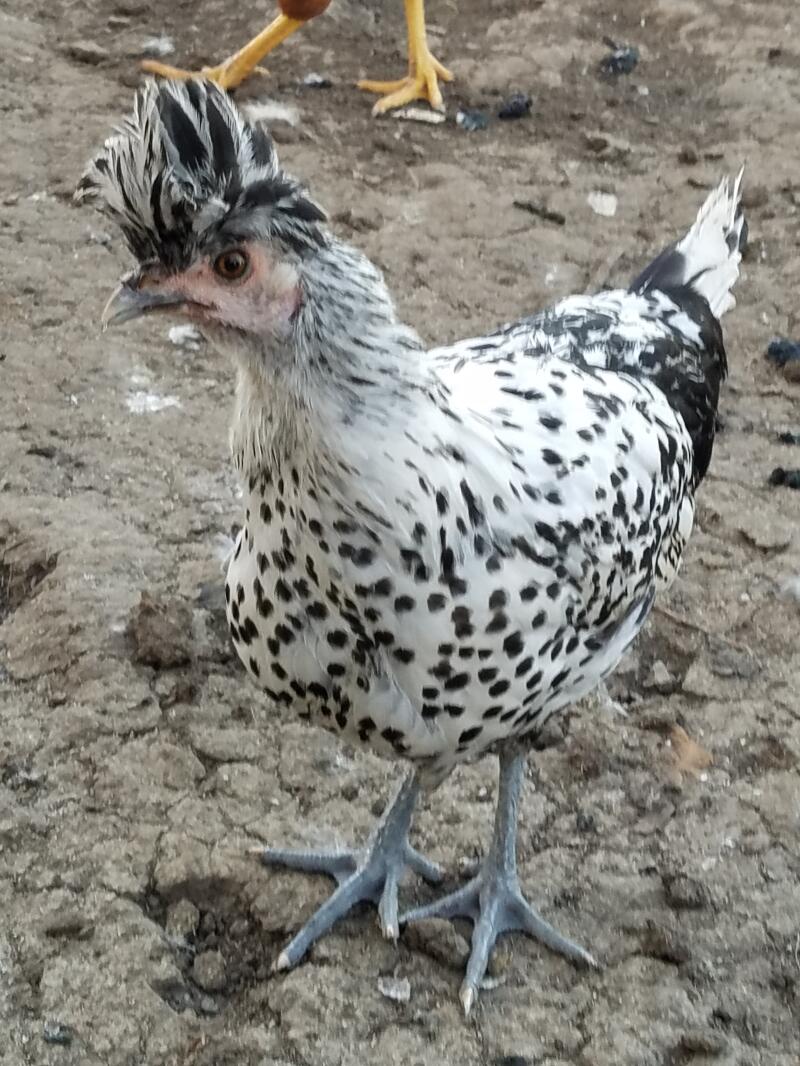 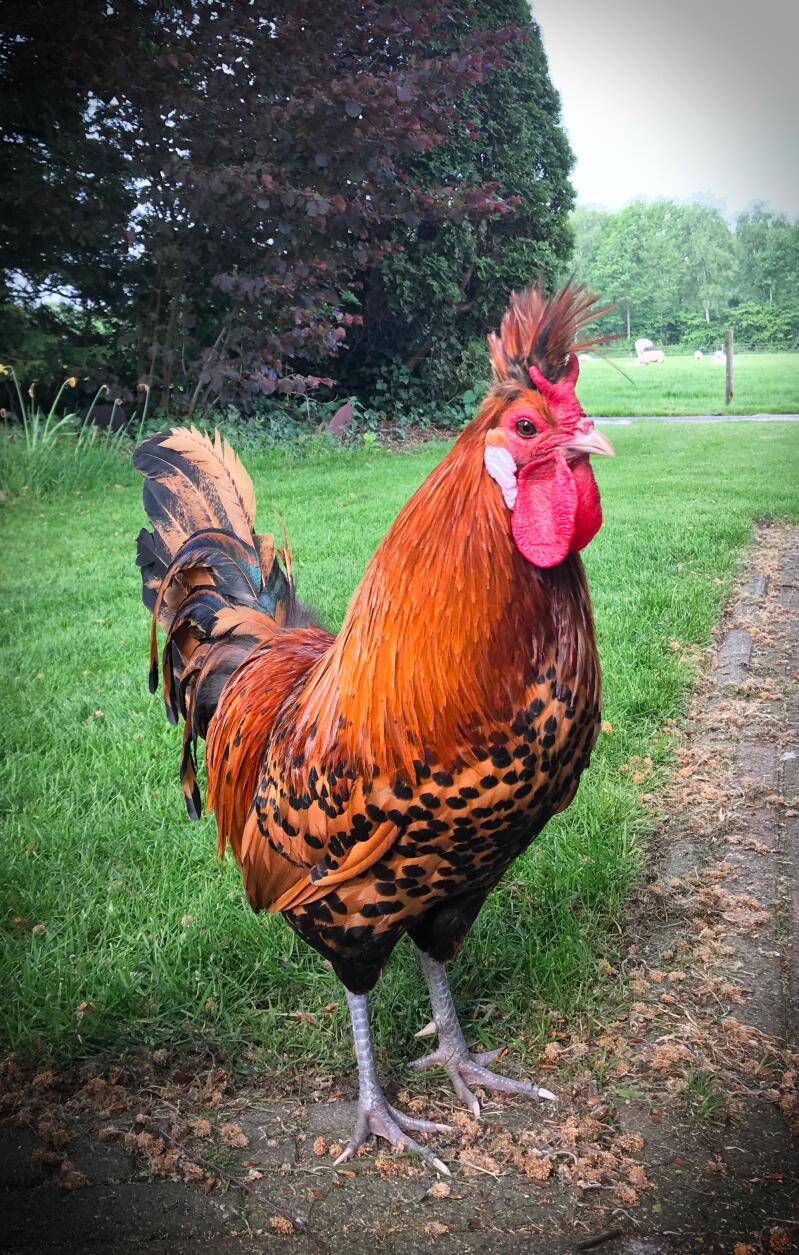 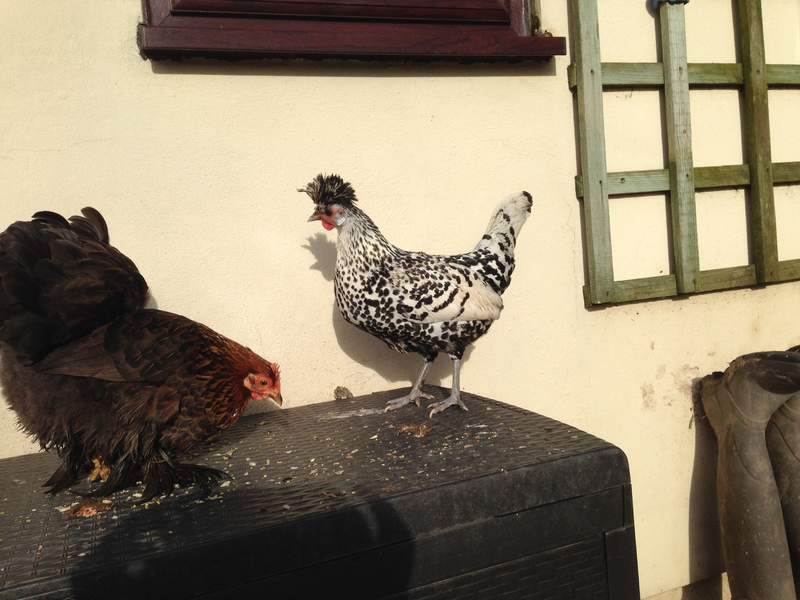 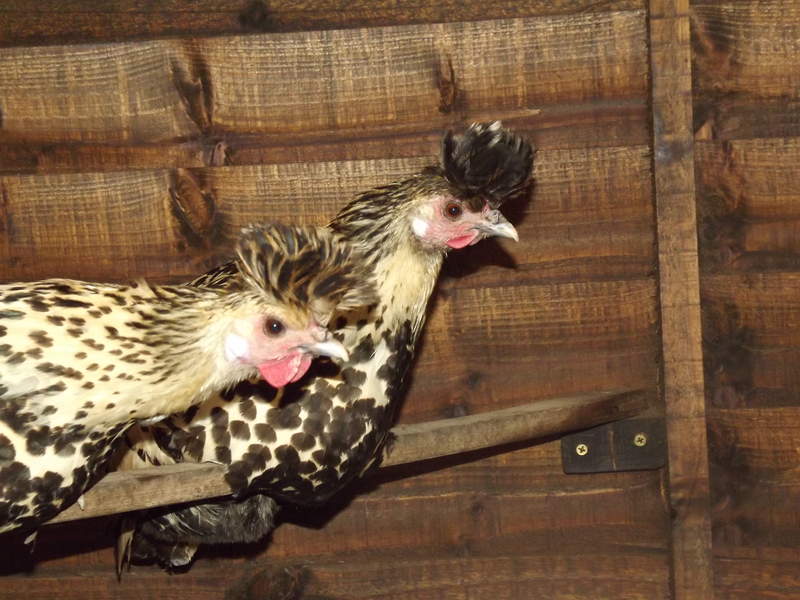 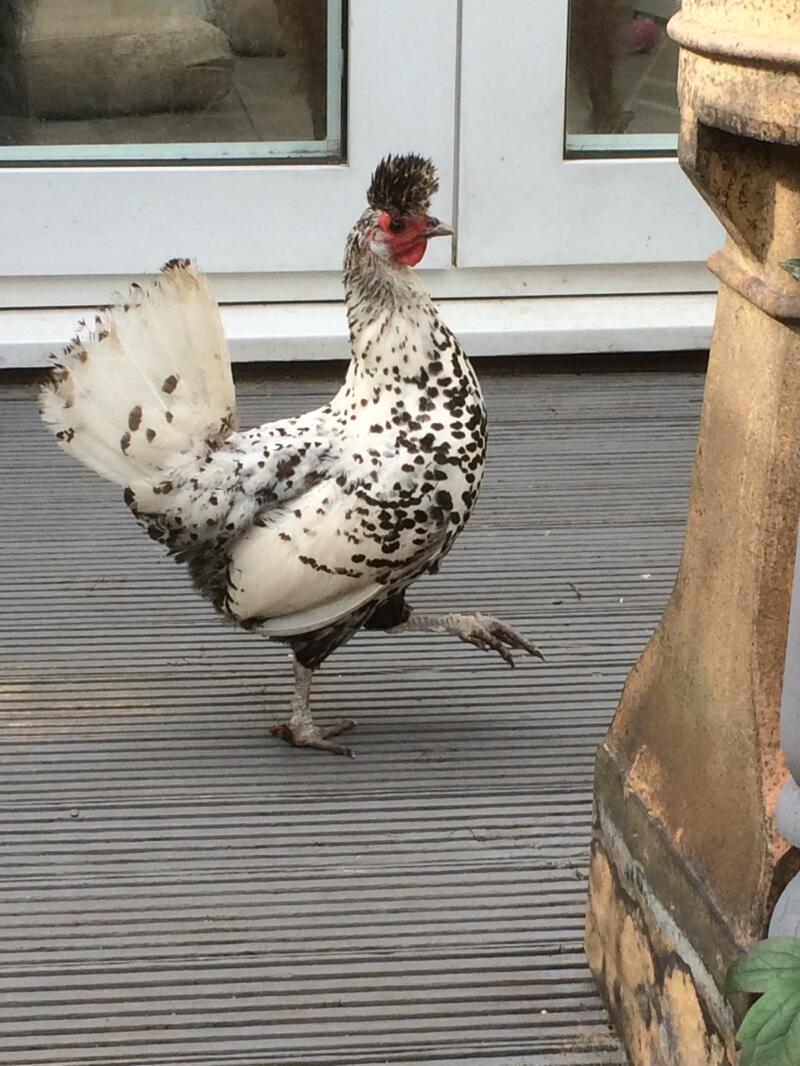 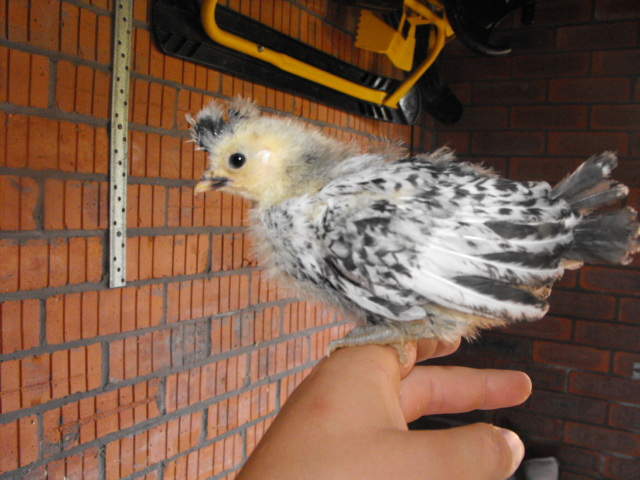 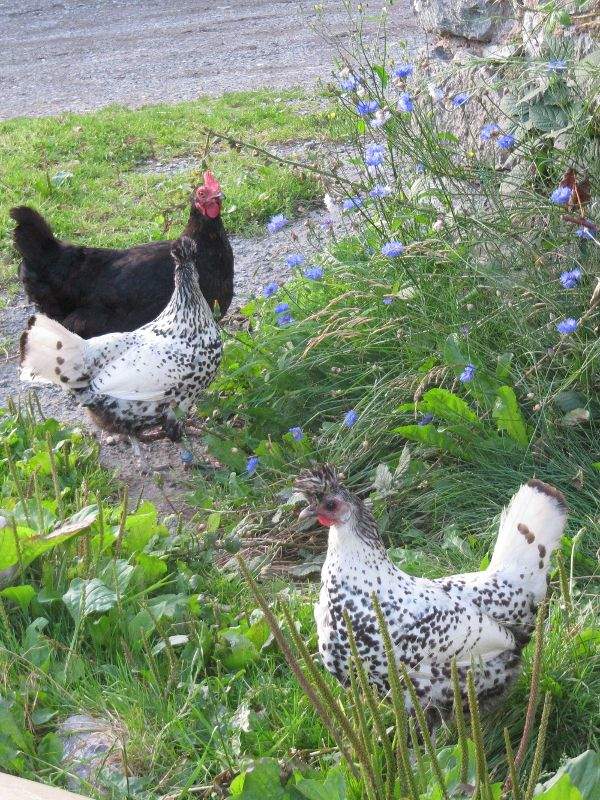 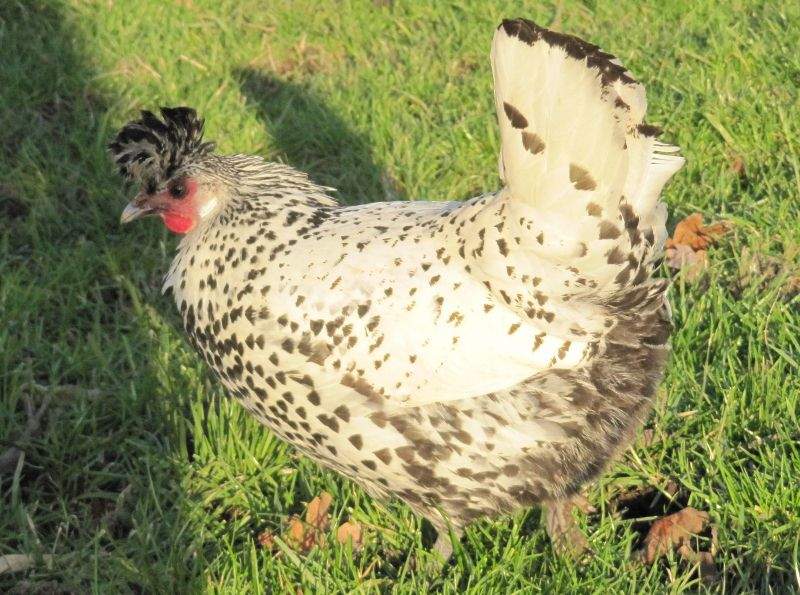 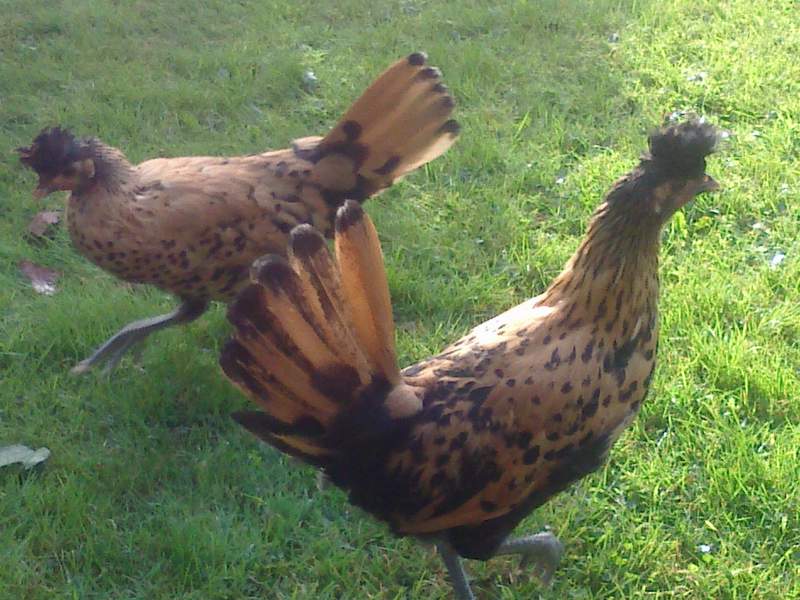 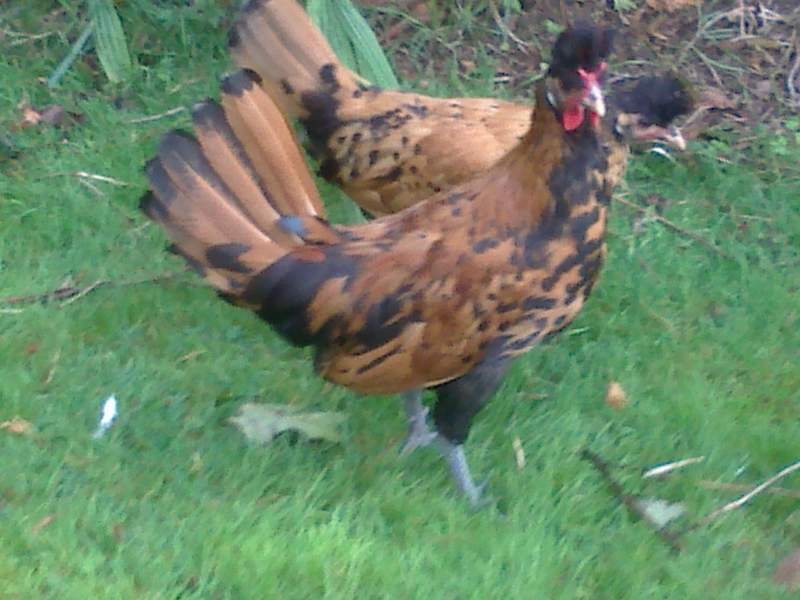 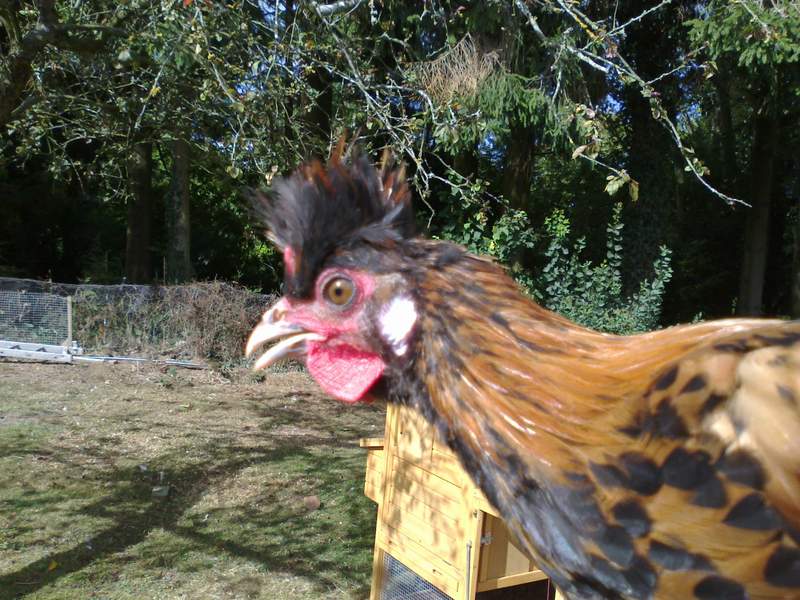 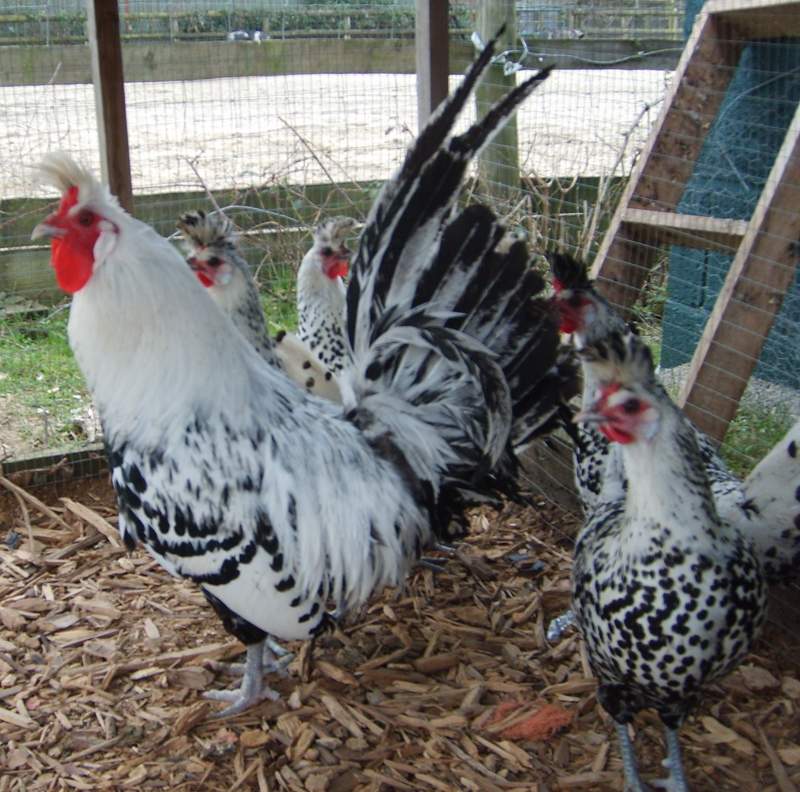 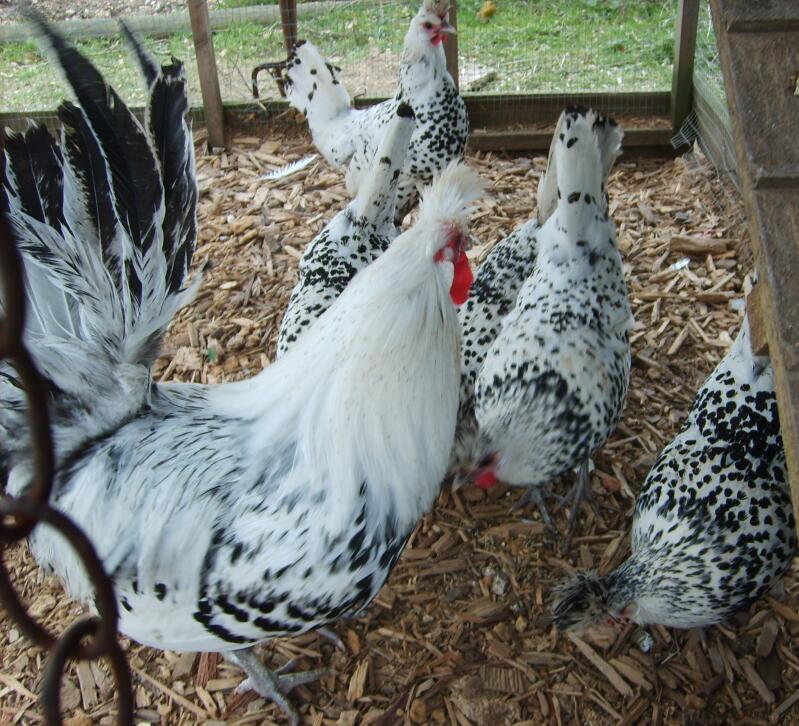 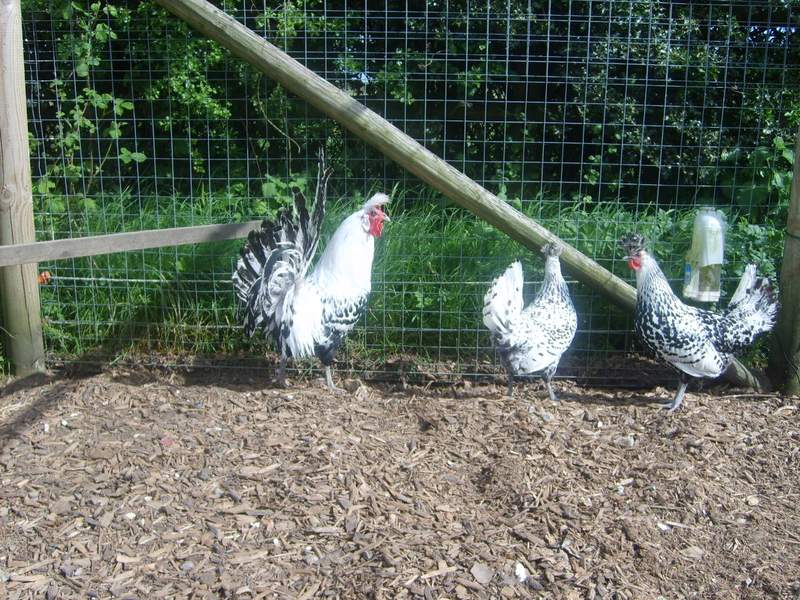 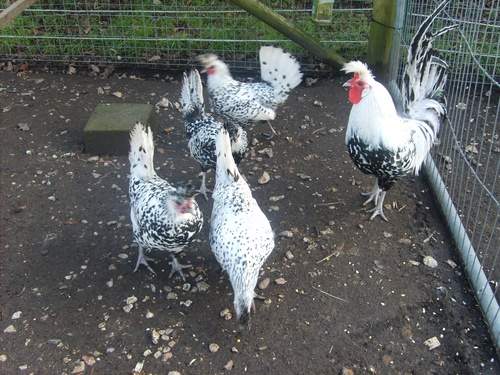 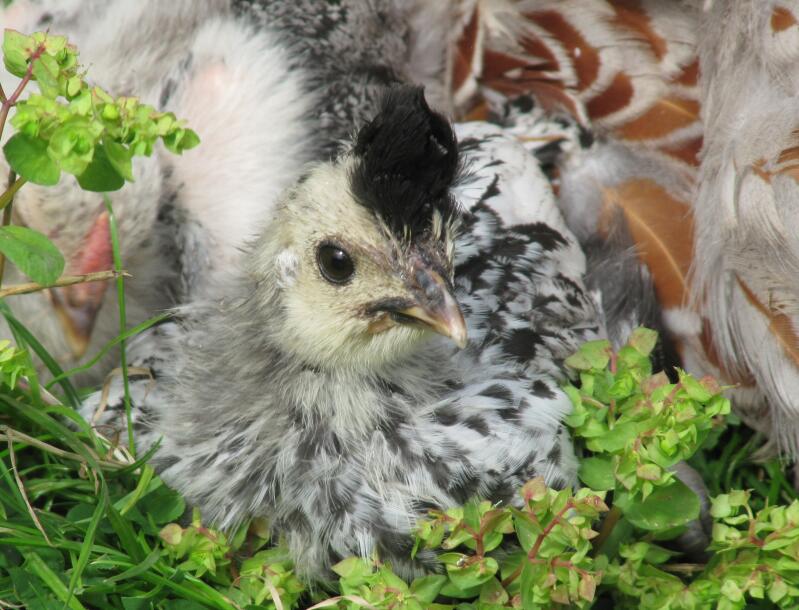 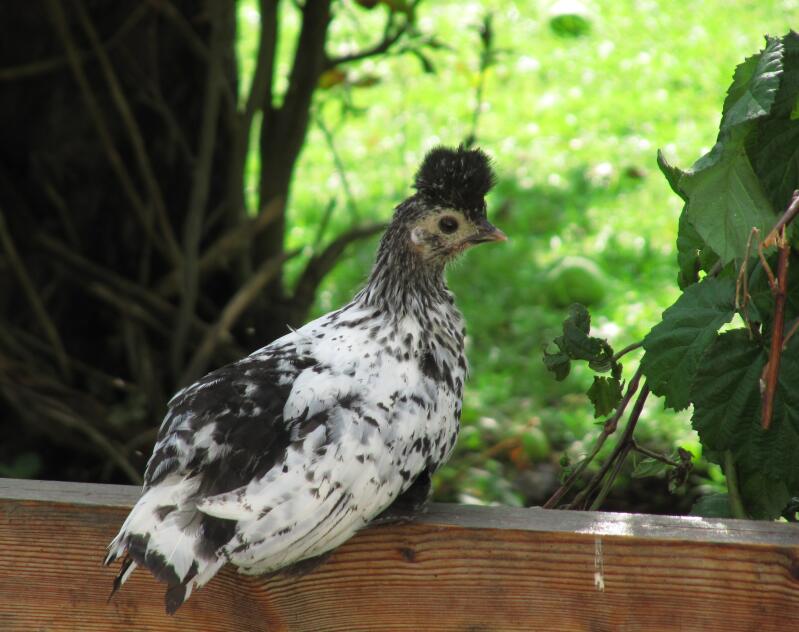 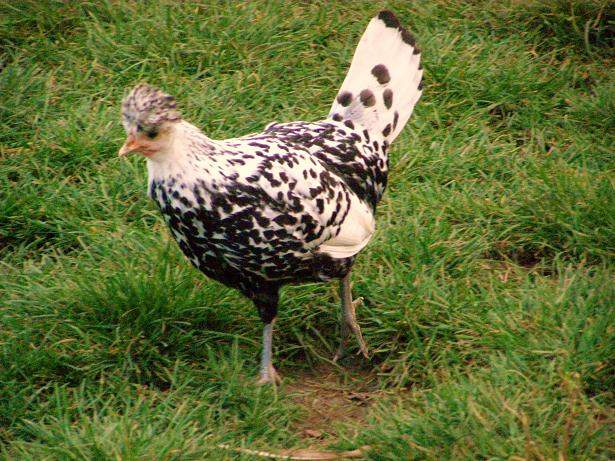 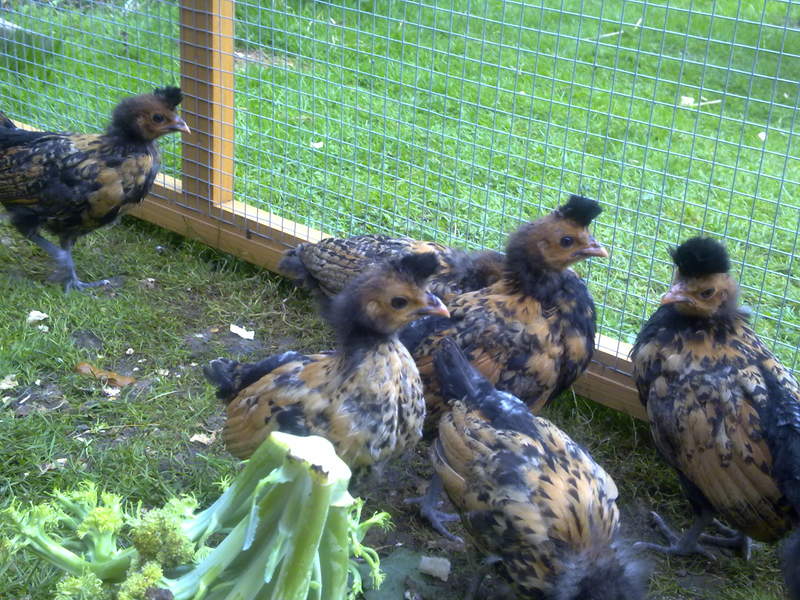 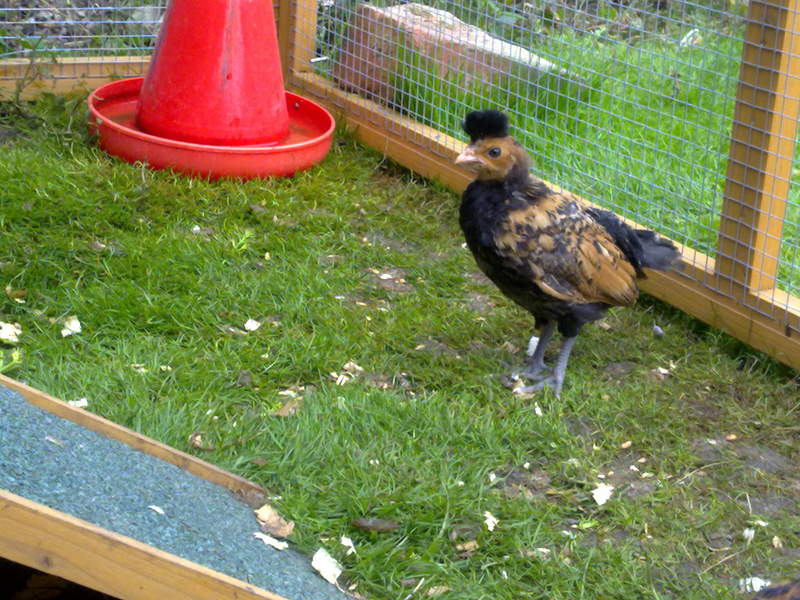 Sorry, there are currently no Appenzeller Spitzhauben listed for Sale

Latest Reviews For Appenzeller Spitzhauben (5 of 21)

Based on 21 Verified Reviews

These are a lovely large-fowl, fairly rare in the U.S. It is extremely difficult to find these for sale; only the Silver Spangled have been available consistently. They have yet to be added to the American Standard of Perfection, which is shameful, considering their long heritage in Europe. The Silver Spangled are available from most commercial hatcheries for about 4.00 to 5.00 a piece; the Golden Spangled became available from Cackle Hatchery last year and run at a pricey 14.90 per day-old, straight-run chick. The Goldens are hardy, good-natured LARGE (!) birds compared to the Silver Spangled Appenzellers in the U.S.; not sure of the reason for this. Both colours tend to be a bit skittish around people. Fabulous egg-layers; the Goldens I have raised produce almost perfectly round, white eggs looking like a small baseball. They are good free-range chickens that know how to watch out for predators, and they seem calmer and friendlier when allowed lots of garden space. Some really lovely Frizzled offspring have appeared and I highly recommend them just on their ornamental value. Visitors are captivated by their appearance and coloration; the tasseled head is a bonus. They are cold-hardy birds, although the low-hanging wattles on the cock-birds need occasional applications of lanolin to avoid frostbite damage.

Last spring, I purchased 5 Appenzeller chicks and 5 Ancona chicks. Only 2 died, along with 1 of the Anconas. When they grew up, I sold 2 more, and named the remaining roo App. He is a handsome roo, with beautiful rust colored feathers. (he is a Barthuhner, not a Spitzhauben). He is friendly, compared to most roos, and rarely tries to attack me. This breed is hardy, but, once again, 2 of the Appenzellers died. Their egg production is good. I know this because it took quite a while to sell one of the Appenzellers, because she was a hen and everyone wanted a roo. Like Ann, my Ancona hen, App is always stealing our veggies from the garden, leaving us with less fresh produce. Nonetheless, I say that this is a very good breed of chicken to have.

Lovely and lively, but not good for pets - Tobias, Lancashire, 5 June 2013

These hens are very flighty, and get bored easily; i have already had a problem with egg eating. However, i get two eggs a day from a trio. They look very good, and certainly impress most people. They can stick up themselves, and both the hens and the cockerel try to fight my bro's legbar cockerel if it comes anywere near. The cock attacks me if i get between the hens and him. They are all easily disturbed and you have a job to get near them without being found out. Not ideal for gardens in that they can scrape up anything. However, they hate enclosure.

Everybody who meets her (Lilli) loves her, she roams around the garden with her pal (Jess) who is a fresian looking for slugs, worms etc... she is fairly tame but dislikes being handled. Lilli is a very vocal girl and is always on the look out for danger and boy do we hear about it if she percieves any, real or imagined, our hens roam around our garden and have never attempted to leave although both fly extremely well, Would recommend this breed for adults and older children but not as a cuddly pet. Lilli came into lay at seven months and lays six days out of seven, she likes to let us and everyone within a two mile radius know when she has laid! Wouldnt be without either of our hens they give us hours of pleasure just watching their antics, .

We've found them to be just as good as our Warrens. They're very pretty and full of character. We've just got 10 hatching eggs from a breeder with the citron and chamois gene so hoping for a variety of chicks in a few weeks.