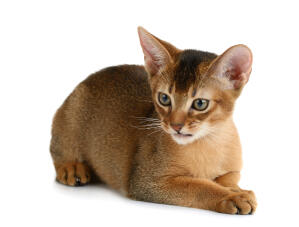 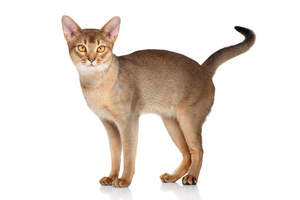 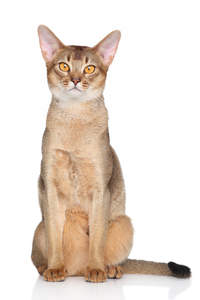 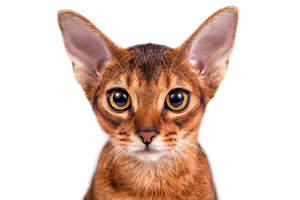 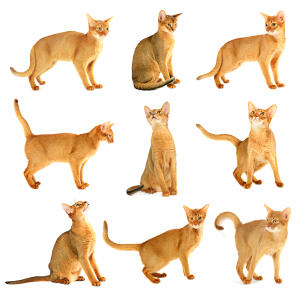 Abyssinians originated in the 19th century. It was once believed that they had their roots in ancient Egypt, as they resemble cats found on Egyptian artefacts and murals, including depictions of the cat goddess Bastet. However, this story has no basis in historical or genetic evidence. Another theory is that sailors brought kittens to Europe from Abyssinia (the old name for Ethiopia) in the mid-19th century. There is even a legend that all Abyssinian cats are descendants of a single kitten named Zulu. Sadly, there is no solid evidence to back up this story, either!

The breed assumed its present form in the UK after breeders crossed it with the British Shorthair. Abyssinians appeared in the USA for the first time in the early 20th century, but it didn't become popular overnight. It wasn’t until around 1930 that there were enough individuals to lay the foundations of stable breeding programmes and the development of Abyssinian varieties.

This breed is an absolute joy as a pet. Active, intelligent and inquisitive, it is also great with kids. Abyssinians like to know what you're up to a lot of the time and, being super-friendly and patient with children, they enjoy human company - as long as the human is willing to give them the attention they demand! Being super-intelligent and playful, they can even be trained to perform tricks.

Although friendly, don't mark these guys down as lap cats - they're far too active to sit and purr in someone's lap all day long. They need lots of mental stimulation and attention, and can become depressed if they don't have the room to roam, or if their owners ignore them. They like to perch on high shelves and door tops, so don't be surprised if your Abyssinian drops onto your shoulder when you enter the room! Their energy also makes them good hunters, so you can expect a 'gift' of a dead mouse or vole or two - but hey, these are cats being cats, so what do you expect?

Ruddy, Chocolate, Cinnamon, Blue, Lilac and Fawn. All variations will have ticked fur, and darker markings on their face. 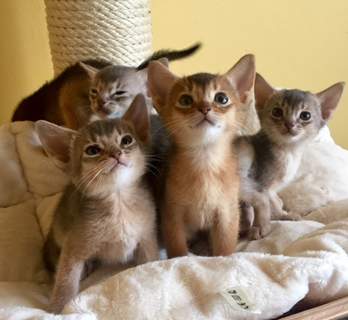