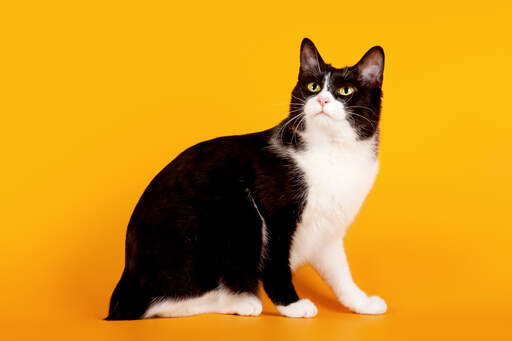 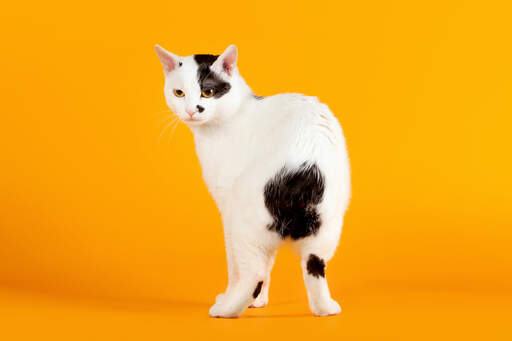 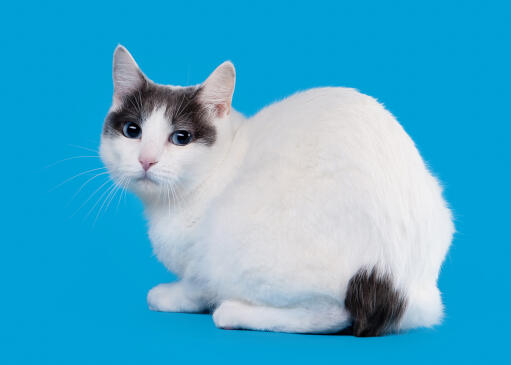 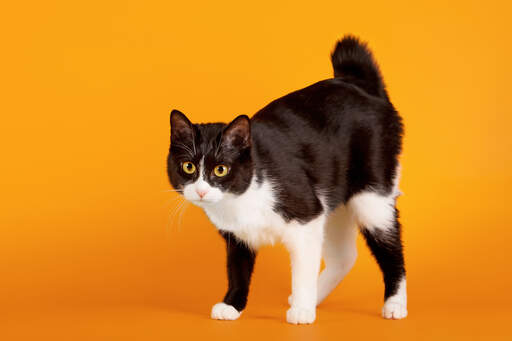 Japanese Bobtail cats, both long- and short-haired varieties, have been described and depicted in Japanese historical writings and artwork for 1,000 years or more. One 15th century painting shows two longhaired bobtails with their coats parted down their backs and a feathery pom-pom for the tail.

Japanese Bobtails are lively, playful and intelligent cats. They love exploring their surroundings and will certainly get up to mischief if they don’t get enough attention and distraction from you. This makes them suitable for an owner with a bit of cat experience and plenty of time to play. They are always up for a game of chase, hunt, climb and jump, and sometimes it seems their energy is limitless!