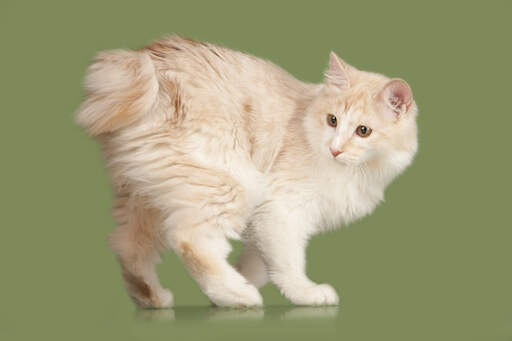 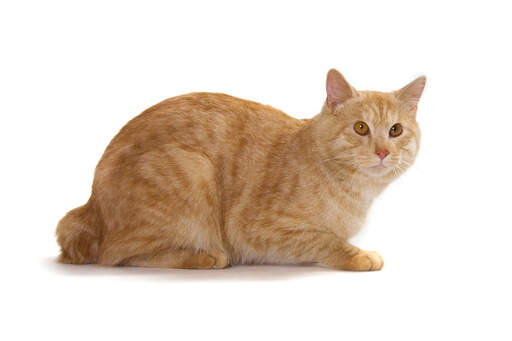 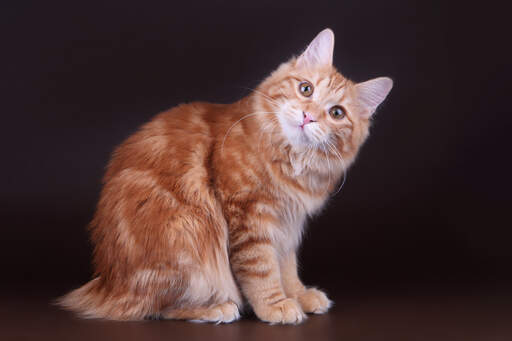 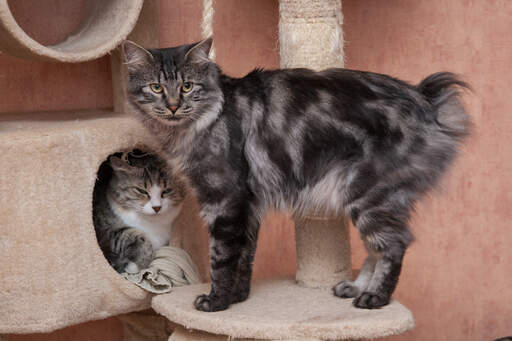 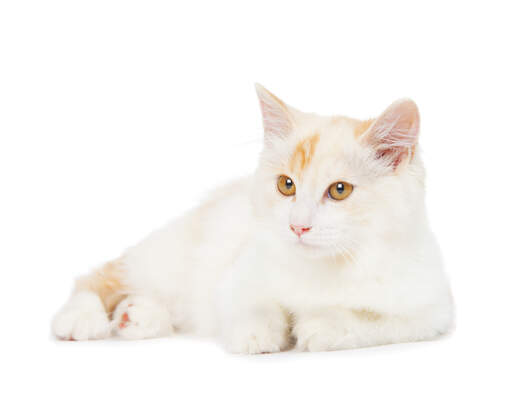 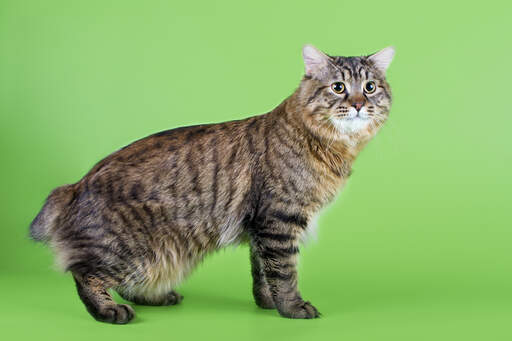 Kurilian Bobtails originated on the Russian Island of Sakhalin and the Kuril Islands, a volcanic archipelago spanning 700 miles between the Russian peninsula of Kamchatka and the Japanese island Hokkaido, separating the Sea of Okhotsk from the Pacific Ocean.

Cats with short tails were present on the islands at least 200 years ago, and were brought back to Russia in the mid-20th century. They are now highly popular in Russia, renowned for their rodent-controlling skills. They have now become quite popular in parts of Europe too, but are rare in the USA. The Kurilian Bobtail was accepted to Championship status by TICA in 2012.

The Kurilian Bobtail is devoted to its owner and loves to curl up on your bed or in your lap. They tolerate other cats, children, dogs and other household pets, making them great family pets. They are powerful jumpers and often seek out high viewpoints in the house, on shelves or book cases, to keep an eye on the activity around them.

The Kurilian Bobtail comes in long and short coat varieties.