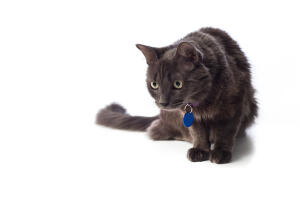 American cat fancier Cora Cobb developed the Nebelung breed. The first registered members of the new tribe were Siegfried, born 1984, and Brunhilde, born 1985, named (like the breed itself) after a German poem/legend/opera in which Siegfried rescues Brunhilde from a dragon.

Siegfried and Brunhilde’s mother was a black domestic shorthair named Elsa, who belonged to Cobb's son. The two cats were blue and long-haired, and although siblings they were not littermates.

Siegfried and Brunhilde were the foundation of the Nebelungs. Their first litter was born in 1986, with a second in 1987. Cobb applied to TICA for New Breed status. The Russian Blue was designated as an outcross for the new breed as this would allow Cobb to widen her new breed’s gene pool but keep the coat qualities she wanted.

In the later 1980s cat breeding and showing became popular in post-Communist Eastern Europe, and the Russian Blue was redeveloped, and many of the new foundation Russian Blues now carried the longhair gene. These proved a valuable new source of bloodlines to help develop the Nebelung breed and reduce inbreeding. The TICA finally recognized the Nebelung for championship competition in 1997.

Nebelungs are devoted to their owners and love attention. They are never happier than when curled up on your lap, but also have a lot of inquisitive energy for exploring their homes from top to bottom. They are usually wary of strangers, though, preferring the company of the people they know. 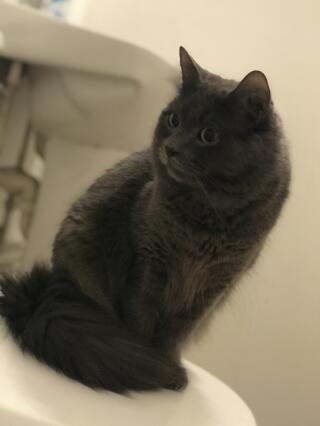