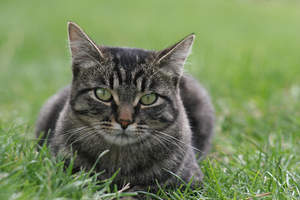 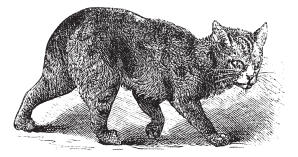 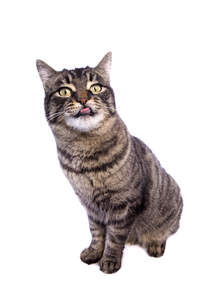 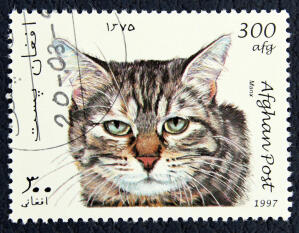 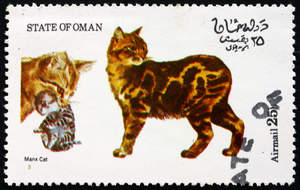 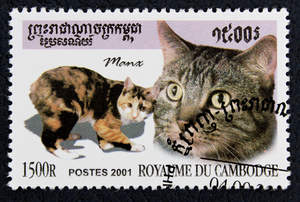 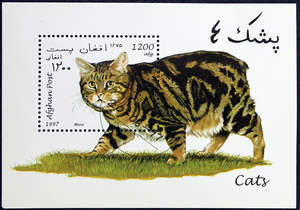 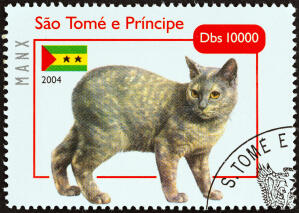 The Manx has its fair share of origin legends. People have always been fascinated by its lack of tail. One story says that Noah's cat got its tail caught in the door of the Ark when Noah was slamming the door shut to keep out the rain, and that was how the breed originated!

The short tail is, in reality, due to a naturally occurring random gene mutation, and originated on the Isle of Man, (in the sea between Ireland and the UK). The mutation meant that kittens were born without full tail vertebrae. The earliest depiction of a Manx is found in an 1810 painting. The Isle of Man was quite isolated then, and inbreeding of the island cats resulted in the dominant no-tail gene becoming widespread.

Manx were one of the original popular breeds when the earliest cat shows were being established in the mid-19th century. A tailless longhaired cat - the Cymric - appeared on the Isle of Man at the same time as the Manx, but they did not achieve popularity until later in the 20th century.

The Cymric has identical breed standards to the Manx. TICA recognized both the Cymric and the Manx for championship competition in June 1979.

Manx cats are intelligent, with great problem-solving skills. Many of them learn to use door handles and play fetch. They are active and agile too, enjoying games with their owners. They need attention, and will become bored and lonely if left alone all day.

The Manx comes in a wide variety of colors and patterns