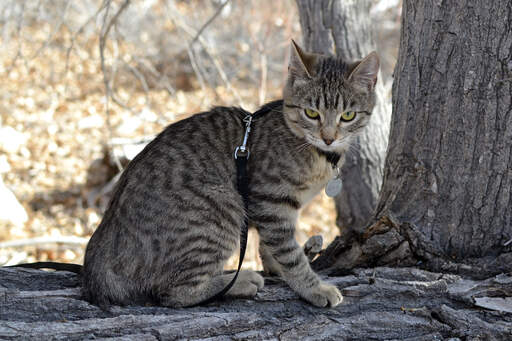 The American Bobtail's tale begins in late 1960s' Arizona. A male tabby kitten with a short, upright tail was discovered by John and Brenda Sanders, who found him at the side of the road on an Indian Reservation site. They took the kitten home and named him Yodi, and he was bred with the Sanders' female cat Mishi.

The American Bobtail is one of the friendly breeds, enjoying the company of the whole family. In spite of this affection, they are not fussy about who gives them the attention, happily taking it not just from their owner, but from anyone who cares to hand it out! They are a great breed if you have children at home, and tolerate other pets very well too. And in spite of their friendliness, they won’t chase after you for attention, being quite capable of finding fun elsewhere.

Equally happy indoors and out, American Bobtails enjoy lounging on the sofa, and the next minute they'll be stalking through the great outdoors like a cat born to be wild. They can also be trained to walk on a leash.