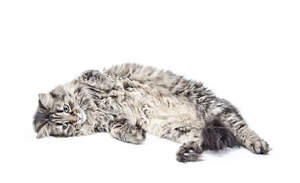 The Siberian is a very old Russian breed, and is mentioned in records dating from 1000 AD. They first appeared in cat shows in the 1870s, and appeared at a cat show in Madison Square Gardens in 1884. The first photo of a Siberian appeared in the 1900 book Concerning Cats: My Own and Some Others, written by US cat fancier Helen Winslow.

Prior to 1980 very few records were kept about the breed, so little is known about it before then. Interest picked up in the 1980s though, and the Kotofei Cat Club in Moscow wrote the first standard for the breed. Two Siberians named Mars and Roman were used as the basis of the modern breed standard. Mars was a blue lynx point and white and Roman was a brown tabby and white.

In 1990 Elizabeth Terrell imported three of these 'modern' Siberian cats to the USA, and Dana Osborn followed suit in 1997. A year later the first US Siberian litter was born. The International Cat Association accepted the Siberian as a standalone breed in 1992, and granted them championship status in '96. The Cat Fanciers Association granted the breed championship status in 2006.

Siberian cats are agile, strong and powerful. They love their freedom - definitely an outdoors cat - and like to explore their neighborhood. They have a sweet-natured temperament and are very affectionate to their owners. They are a great cat for children, being very affectionate and patient with them, making them great family pets.

Siberians are super-chilled and get on just fine with other pets. They are also very intelligent, and can learn to open doors and get at pretty much anything they set their mind to. They are quiet cats too, preferring to communicate with quiet trills, chirps, and purrs, and rubbing themselves luxuriously on your legs.

All colors and patterns. 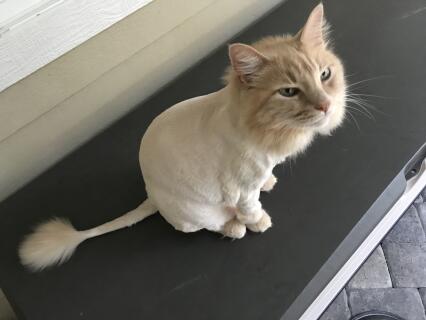 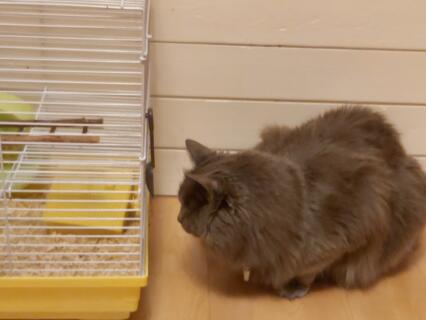 Latest Reviews For Siberian (1 of 1)

The synopsis listed here is spot on. I've had a LOT of cats. We take care of around 20-30 cats at a time through a fostering program. We also have 3 of our own dogs and 3 cats. Being from Siberia (aka Forest Cats) Bane's coat protects him well from the wet and cold elements. His coat is twice the density of normal cats and waterproof so he doesn't mind getting wet. In the summer in Florida he needs to have a lion cut or he is very uncomfortable and walks around complaining (via his constant roaming and Meowing for my attention). He goes room to room on his own opening the doors along the way; as long as they are the latch type handles that he can jump up and grab. He gets along with all animals he has been around as though they aren't even there. (Including possums, squirrels and raccoons) He is fine by himself. He sheds quite a bit in the summer so a lion trim addresses that as well. Bane is a strhe is miserable.ong cat yet gentle as any I have ever experienced. I have never seen him act aggressively except in self defense if escape isn't an option. He would rather run than fight. He loves being brushed and sitting in laps. His fangs protrude from his mouth. He drools like a dog when petted. You cant go wrong with a Siberian. Extremely loyal and highly intelligent. He must be kept cool in the summer by trimming his coat .