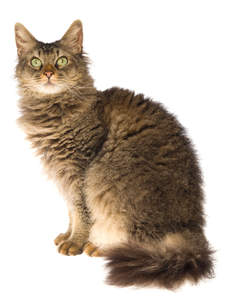 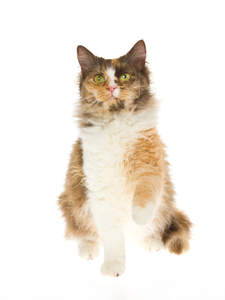 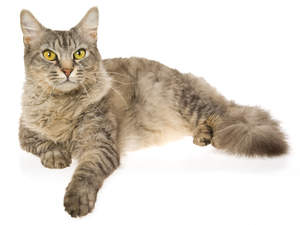 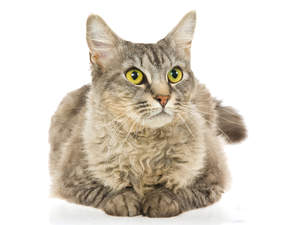 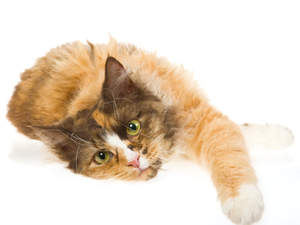 The LaPerm story begins in 1982, on Linda and Richard Koehl's farm in The Dalles, Oregon. On 1st March that year a brown tabby named Speedy gave birth to a litter of six in a barn. One of the youngsters was a female kitten with a new, random, Rex-type mutation.

It was a long, skinny, hairless kitten with large, wide ears and a tabby pattern on its skin. At six weeks old the kitten developed a curly coat of wavy short hair, with a brown tabby pattern. The Koehls called her Curly, from her unique coat.

Curly produced her own litters, and more curly coated cats appeared. Linda Koehl realized she had something new here, and entered six cats in a cat show to gauge reactions. The judges affirmed that these cats were unique and should be conserved. Koehl set up a breeding program, establishing the LaPerm breed (named after its perm-like coat).

Originally, around 90% of LaPerm kittens were born bald, and developed their curly coats at 3-4 months. The rest had straight coats, and it always stayed straight. But then a straight-haired, red pointed male kitten called Snow Fire was born. He began to shed his straight hair as his bald littermates were growing their curly coats. Snow Fire’s coat became sparse and patchy, but then it grew back curly. Since then, some straight-haired LaPerms bred to domestics have occasionally produced curly coated kittens.

The TICA granted the LaPerm Championship status in February 2003.

LaPerms are intelligent and inquisitive cats who like to be on friendly terms with everyone. They mix well in houses with other cats, dogs, and children, making them a great indoor family cat. They enjoy playing, particularly games of chase, and like cuddling up on the sofa or on your lap.