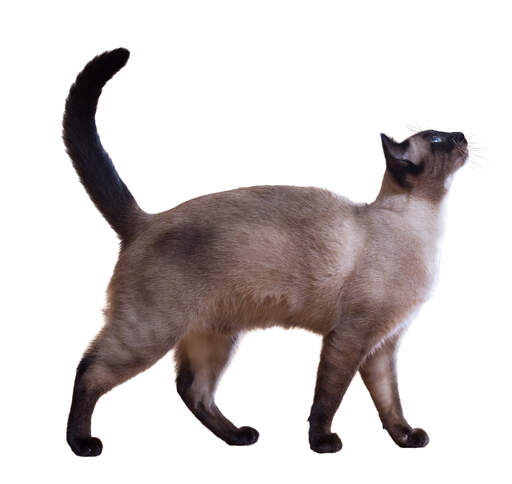 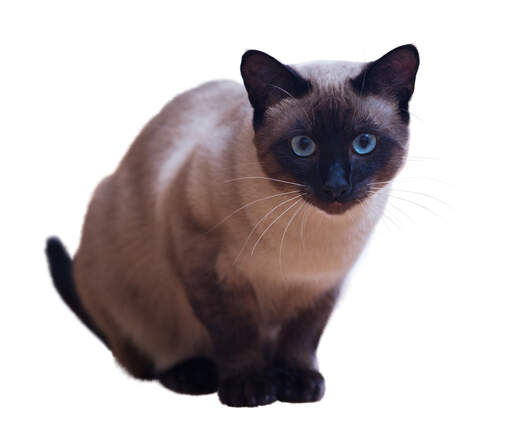 Siamese cats originated in Thailand, which was originally called Siam. It is a very old breed, with earliest records of its existence dating to 1350. It was described and illustrated in series of manuscripts called Tamra maew, meaning 'Cat poems'. These poems describe a cat with a pale coat and a black face, tail, ears, and feet: very clearly a Siamese.

The first Siamese cat in Europe was exhibited at the Crystal Palace Cat Show in London, England, in 1871. The first specimen was imported to the USA in 1879. This cat was named ‘Siam’, and was a gift from the US consul in Bangkok to the wife of President Rutherford Hayes.

In 1886 Eva Forestier Walker imported more Siamese cats from Siam to the UK, where the breed became suddenly very popular, and the very epitome of the 'exotic' cat breed. The original Siamese imports were slightly stockier than the ones of today. This is because the UK and US breeders developed the breed to look even more striking. By the 1920s the breed had the now-familiar long, tubular body, slender legs, long thin tail, long wedge-shaped head, and large ears set far apart. It was firmly embedded in western culture for all time after featuring - in the form of a malicious pair of Siamese cats - in Disney's 101 Dalmations animated move in 1961.

The Siamese is very outgoing, very vocal, and full of personality. They have a low, loud meow and all manner of chirrups and yowls. A Siamese cat will usually talk to you insistently when you come home, until you give them the attention they're looking for.

Playful and inquisitive, a Siamese will tend to bond strongly with one particular person. They are great family pets, and get along just fine with kids and other animals (in spite of the malicious nature of the pair in 101 Dalmations!). They are highly social animals and need company - either yours o another cat's. If your lifestyle takes you away from the home for several hours each day, it is advisable to get two cats to prevent them getting lonely and stressed. 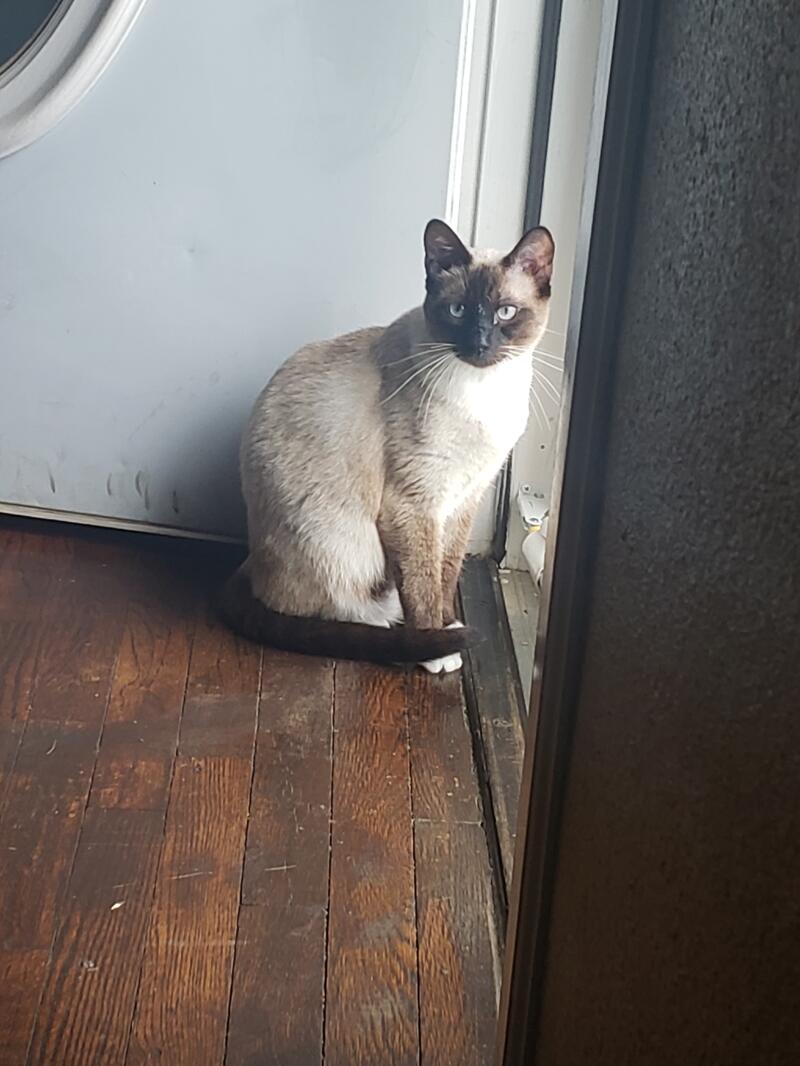 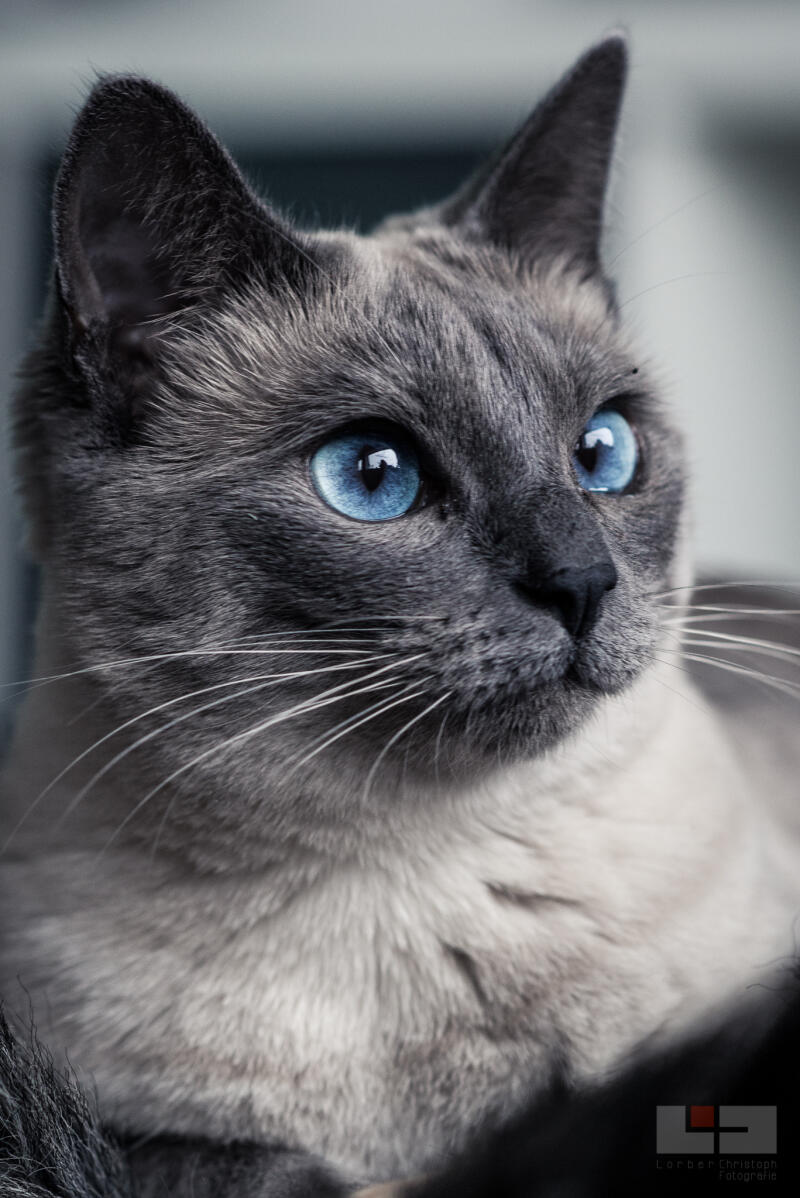 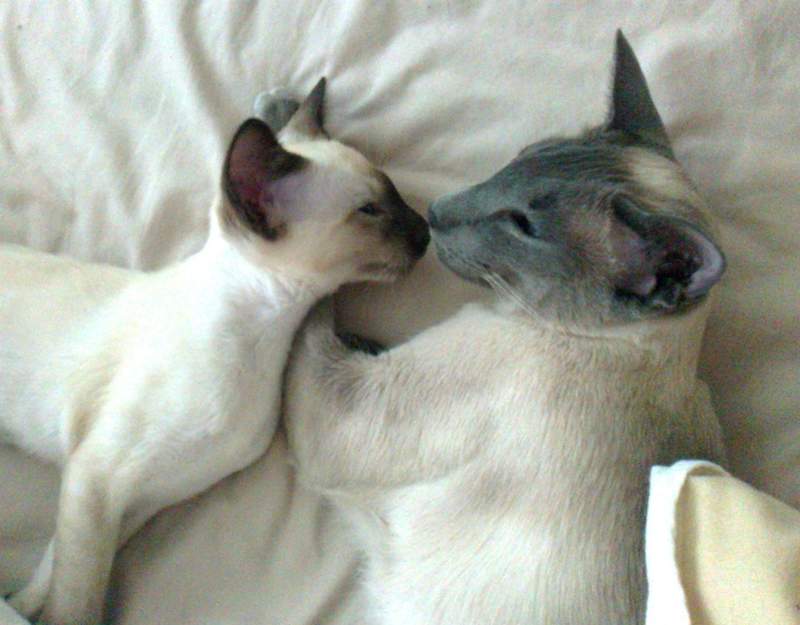 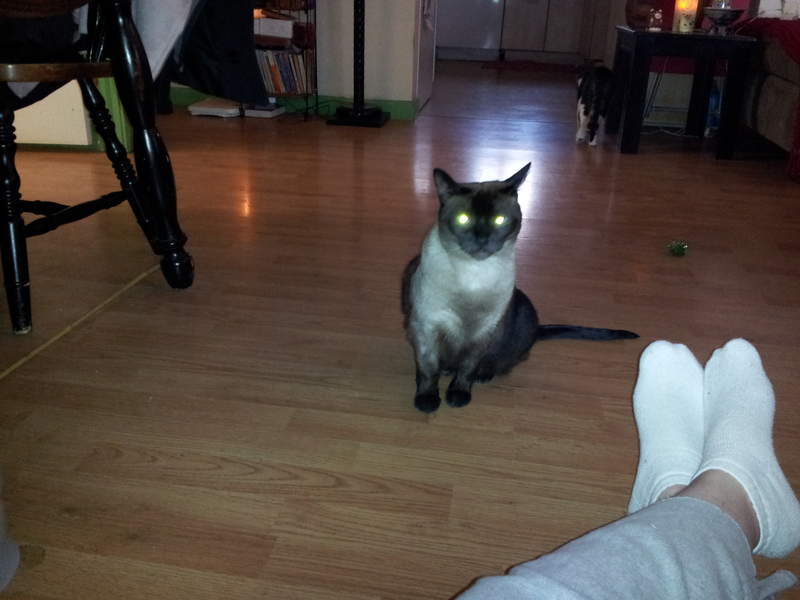 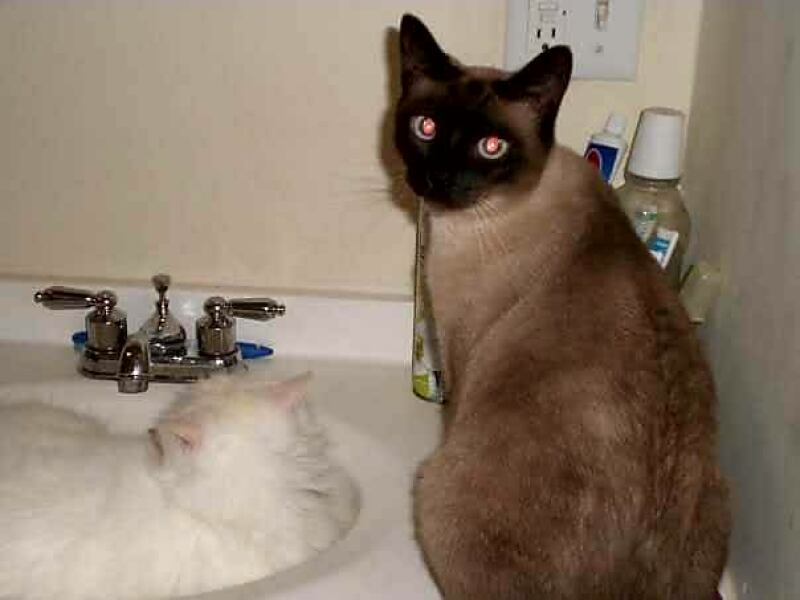 Latest Reviews For Siamese - Self Pointed