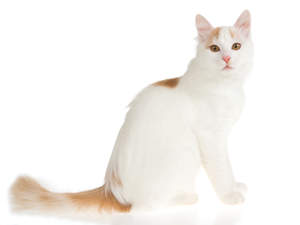 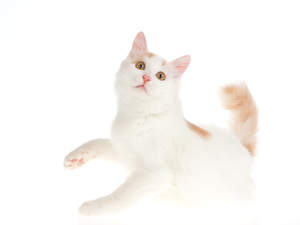 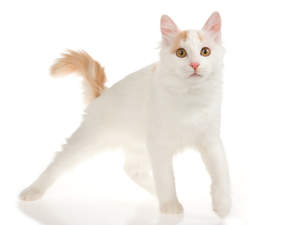 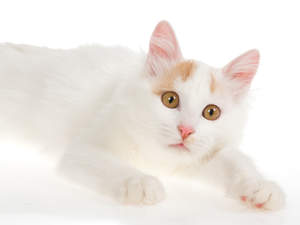 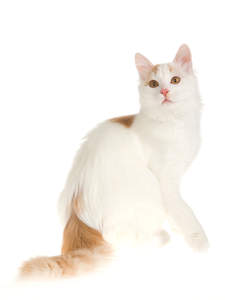 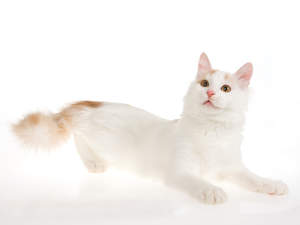 The Turkish Van, as the name suggests, originated in Turkey. They have distinct color markings on their head and tail, something now known as Turkish Van markings. There is a legend about the cats' origin. When Noah’s Ark came to rest on Mount Ararat after the flood subsided, close to Lake Van in Turkey, the ship cats ventured down into the valley, and the colored mark seen on their shoulders was the result of God blessing them as they made landfall.

Two Turkish Vans were brought to the UK in 1955 by British breeders Laura Lushington and Sonia Halliday. The two cats were called Van Iskenderun Guzelli and Stambul Byzantium. Lushington bred them, and later obtained more cats to add to the bloodline. With the help of other breeders and show judges, Lushington established the modern breed.

Turkish Vans are playful and full of life. Descended from rural cats living in tough conditions, they are excellent hunters and very independent-minded. Despite their independence they are affectionate, but very much on their terms. They form very strong bonds with their owners, though, and love to play with moving toys. Unlike most breeds, they also have a fascination with water, so don’t be too surprised if your Turkish Van makes it a Turkish bath and jumps in the tub with you! 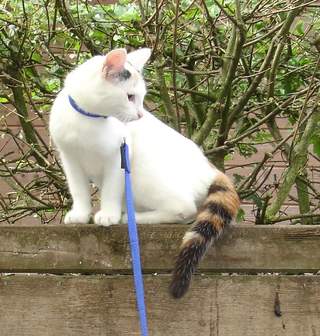 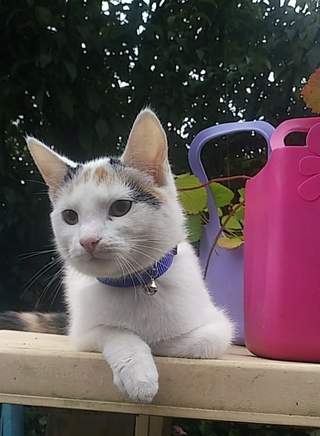