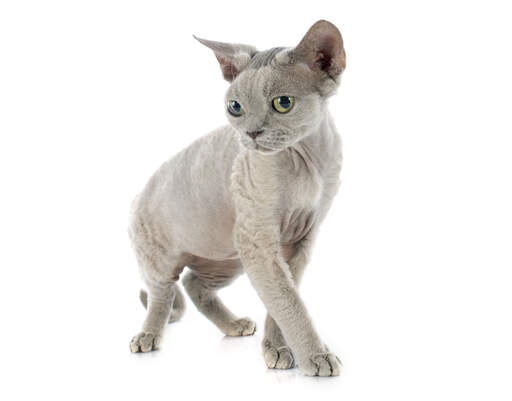 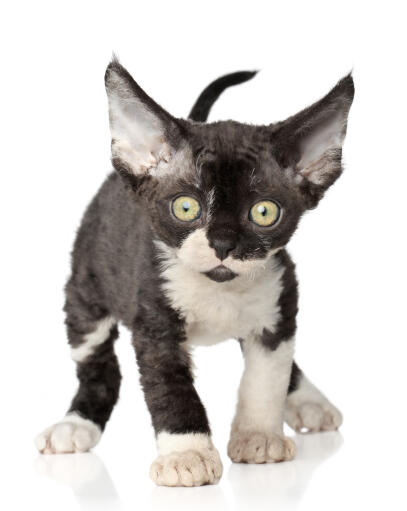 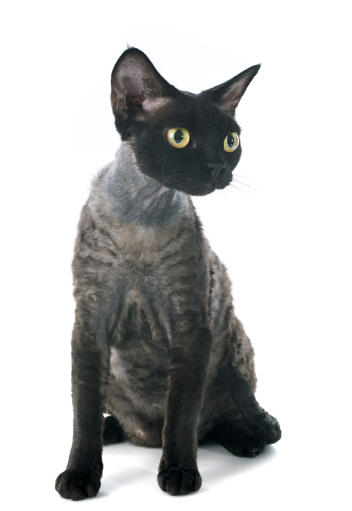 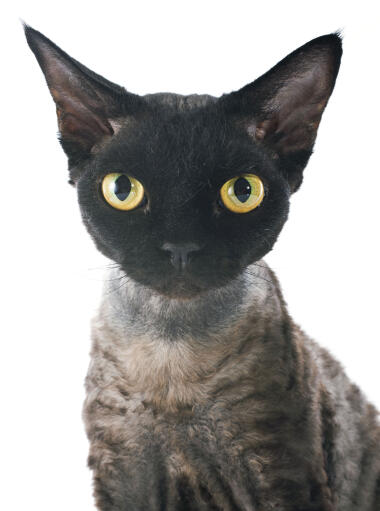 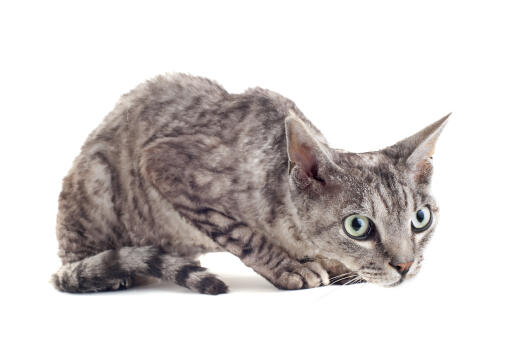 The Devon Rex story begins in an abandoned tin mine in Buckfastleigh, Devon, England. This was home to a feral tom cat with a curly coat. In 1960 the tom mated with Buckfastleigh resident Beryl Cox's adopted stray tortie and white. One of their kittens was a black-brown male with a curly coat like the tin mine tom's.

Beryl Cox named the kitten Kirlee. She was aware of Kallibunker, the first Cornish Rex cat, and she wrote to breeder Brian Sterling-Webb, thinking that Kirlee could contribute to the program to establish the genetic stock of the Cornish Rex breed.

However, the gene creating Kirlee's curly coat turned out to be different to the one producing the Cornish Rex's wavy coat. There were other differences between Kirlee and Kallibunker too. The Cornish Rex had bent and curled whiskers, while the Devon Rex gene resulted in missing or stubby whiskers. Kirlee had tight curls, but they were not as regimented as those of Kallibunker, giving Kirlee a rather windswept appearance.

Breeders were captivated by the new breed-to-be, and set out to conserve the Devon Rex gene. The Cornish gene was henceforth designated Gene 1, and the Devon was designated Gene 2. Kirlee, son of the tin mine tom, became the founding father, and all purebred Devon Rex cats trace their ancestry back to him.

The Devon Rex is affectionate and intelligent. They are little bundles of fun, highly agile and inquisitive to a fault - which can sometimes get them into trouble! They are impatient when they want something - be it food, attention or a trip to the garden - approaching you with more of a demand than a request.

Devons love human contact and cuddles, and will happily perch or sprawl on your shoulders as you move from room to room.

All self colors and coat patterns.

Latest Reviews For Devon Rex (1 of 1)

My Yoda is a black smoke. Now 12 years old. He is the most wonderful indoor cat. We love him so much and is a joy in our lives. A little bossy in his old age but seems to know the meaning of what we say to him. ????????