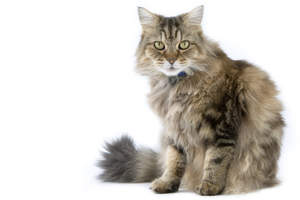 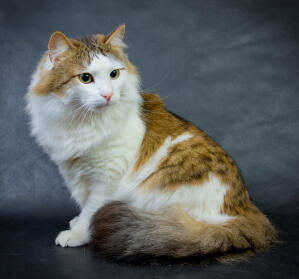 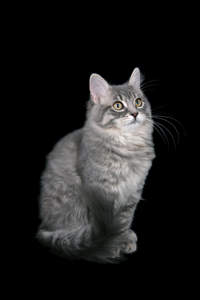 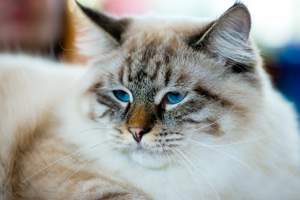 In the 1970s a Ragdoll cat breeder called Ann Baker made the unusual decision to shun traditional cat breed organisations. She trademarked the name "Ragdoll" and set about breeding a line of cats unrelated to the original Ragdoll breed. She set up her own registry, called the International Ragdoll Cat Association (IRCA).

Baker imposed stringent breed standards on any cats who were bred under the Ragdoll name, and IRCA Ragdolls were barred from registration with other breed associations.

In 1994, a group of IRCA breeders decided to form their own group, frustrated by the increasingly strict standards imposed by Baker. Because of her trademark on the name Ragdoll, this breakaway group renamed its stock of IRCA Ragdoll cats 'Ragamuffins'.

To bolster their gene pool, the Ragamuffins were crossed with Persians and non-pedigree long-haired cats. Some were out-crossed to Ragdolls. In 2010 the American Cat Fanciers Association (ACFA) recognized Ragamuffins as a standalone show breed.

It has taken most associations a long time to recognize the Ragamuffin, due to its close links to the Ragdoll. However, the CFA, ACFA and United Feline Organisation (UFO) have now granted the Ragamuffin recognition; although The International Cat Association (TICA) is still resisting formal recognition of the breed.

Ragamuffins have similar temperaments to Ragdolls, but are even more docile, sweet-natured and lap loving than their close cousins.

Ragamuffins come in all patterns and colors.