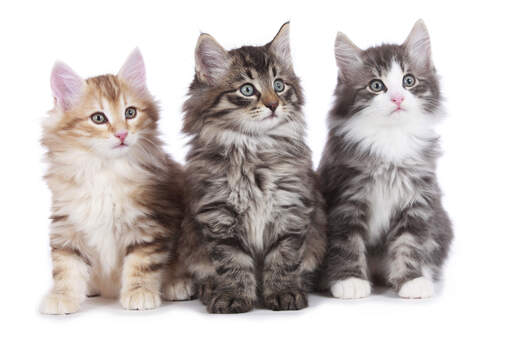 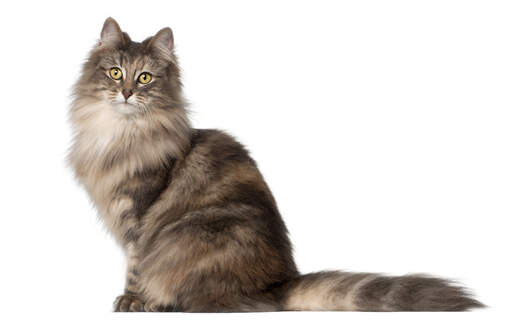 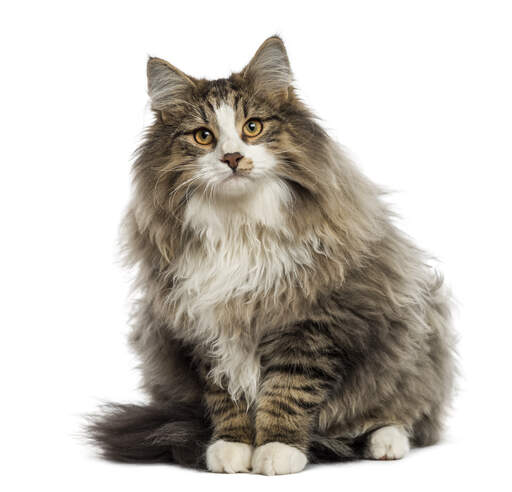 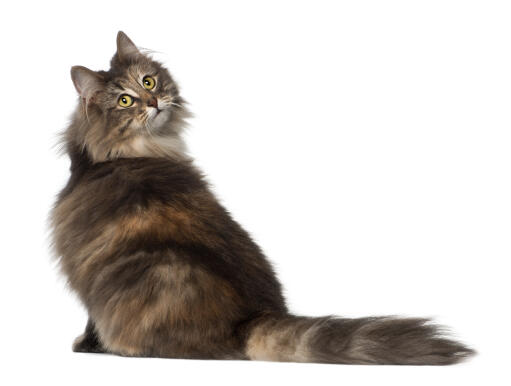 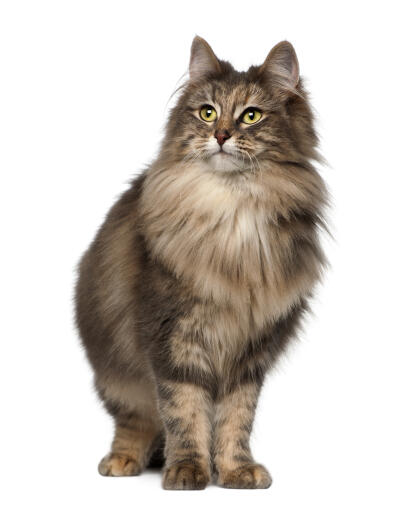 The Norwegian Forest Cat, also known as the "Skogkatt", is said to have originated in Medieval Scandinavia, where they were kept by Danish and Norwegian sailors as pest controllers and pets. The breed is described in some Viking legends as a fairy-like cat that can scale sheer rock faces. This chilly start, catching vikings' vermin on the high seas and icy rocks, may explain the breed's heavy winter coat, large muscles and large size.

In the early 1900s the Norwegian Forest Cat had become rare in Scandinavia and was at risk of disappearing. Breeding programs were established in the 1930s, but World War Two interrupted this work.

In the 1970s a special breeding program was organized in Norway to protect the breed. The late King Olaf designated them the official cat of Norway, which boosted their profile and increased their popularity, enabling the breed’s population to recover. The Norwegian Forest Cat was granted Championship status by TICA in 1984.

The Norwegian Forest Cat is an adaptable cat that can fit into almost any household. They are well mannered and particularly enjoy human interaction.

The Norwegian Forest Cat comes in a wide variety of colors and patterns. 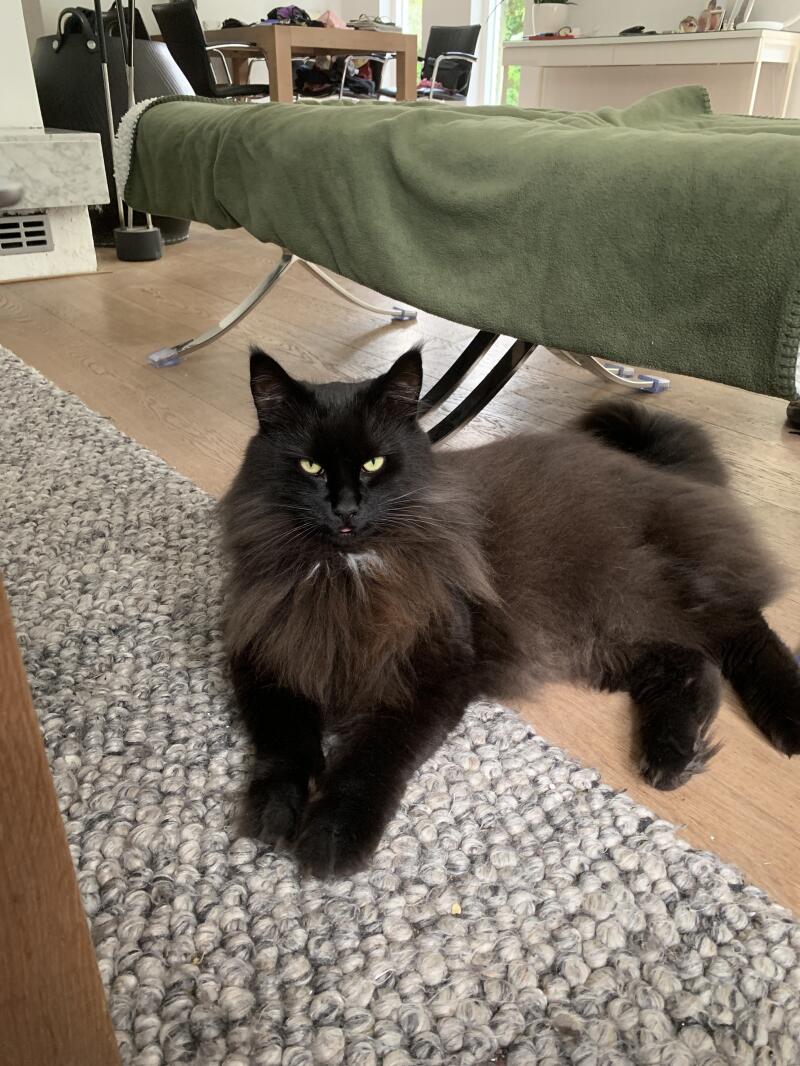 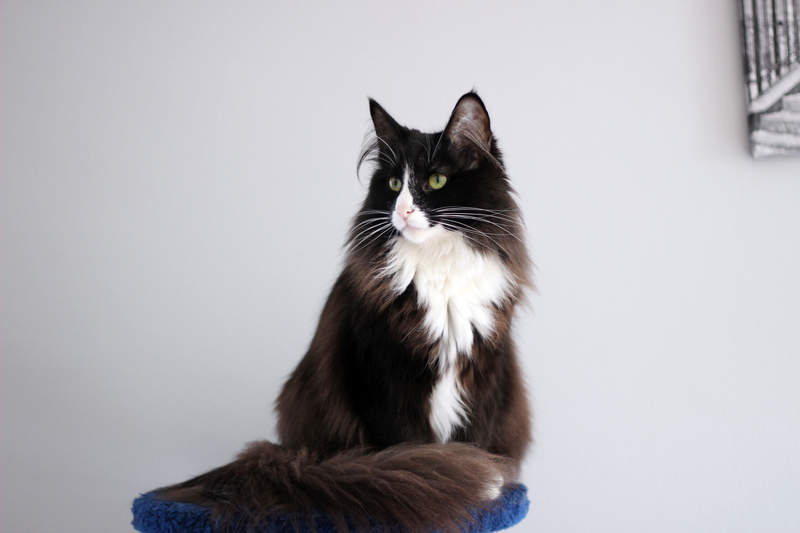 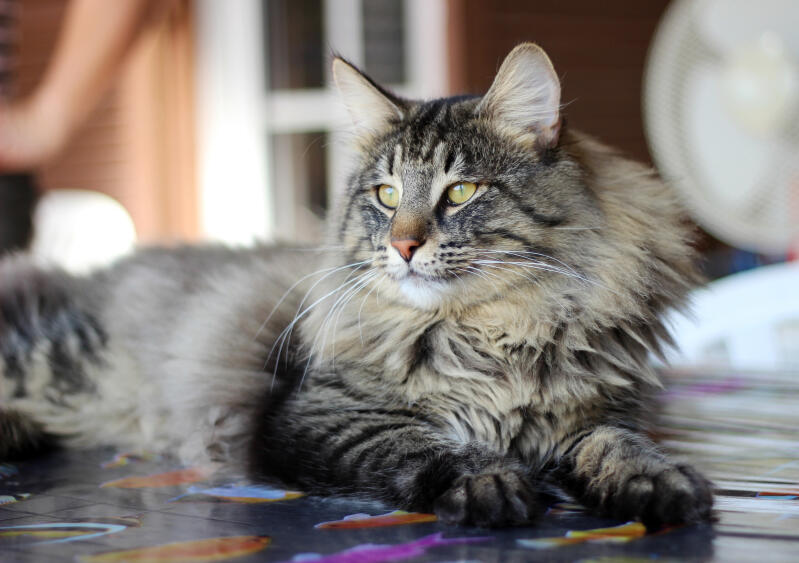 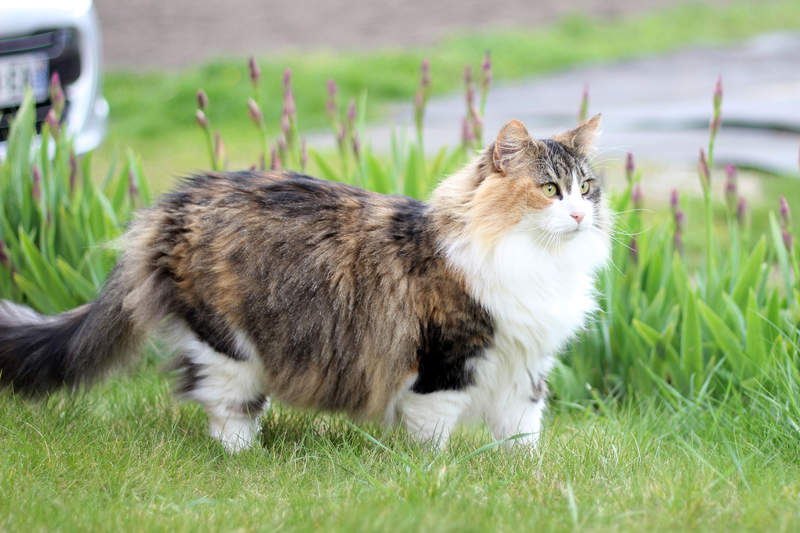 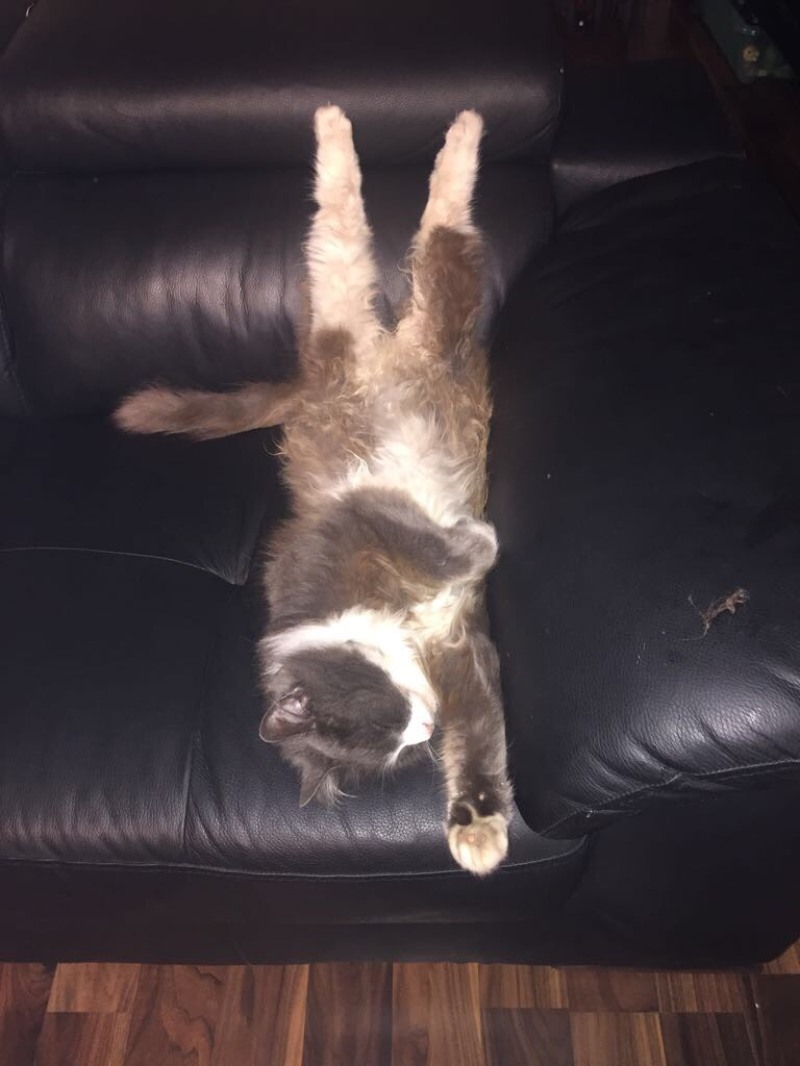 Based on 4 Verified Reviews

Highly intelligent, very handsome/beautiful. Needs to be brushed. Loves to climb high. Loves to play in light rain and snow then come in and lay around. They love to eat, be careful. They need good nutrition for those big bones. They are very loving, gentle giants. Someone said they will not sit on your lap. That is not always true. Of course it’s not really comfortable to have 22 pounds of fluffball laying on you but we gladly put up with it.

We got two rescue cats at the same time which were both Norwegian Forest cats and both were matted terribly due to yearly molting. Professional grooming every two months was done right away and nails trimmed too as they were indoor cats at first but was able to train them to be off leash after a year. My husband thought we spent too much money on the cats but now he would not give them away and he has learned how to help trim nails etc and they love him. When they have been groomed/haircut they do not need brushing every day and house hair is at a minimum. Most people think we do not own pets due to no hair seen. They are happier with an outdoor option and are social. Not a good pet if you are looking for low maintenance. They are a part of the family. If you do not like hair in the house this breed is not for you. As well people who normally have allergies do not have a problem when they come to our place. If you have two cats or more increase the size of the cat litter box to very large and clean it daily to help reduce smells.

2 very friendly brothers, now neutered, will fight like cat and dog then fall asleep in each other’s paws, so cute. High maintenance, brushed twice a day at least but love the sessions. House cats only as I live by a lot of traffic on the road.

The Norwegian forest cat is a very friendly, loves everyone and everything type of cat. If you are looking for a lap cat however, this breed is not for you. They love their family, and will actively seek out company but will not sit on your lap for the evening. My cat will come in , eat and go out again. After visiting the neighbours cats for some feline company, he will come home when he pleases. I would not recommend this breed is kept in towns or cities, as their name suggests they like outdoor access and gardens to play in as a minimum. Mine regularly sits up in a tree. Be prepared to groom regularly, every day in summer, as the double coat knots easily, and sheds easily. The double coat protects the cat from the rain and cold weather, but be prepared for wet legs as your soggy moggy will still rub against you!