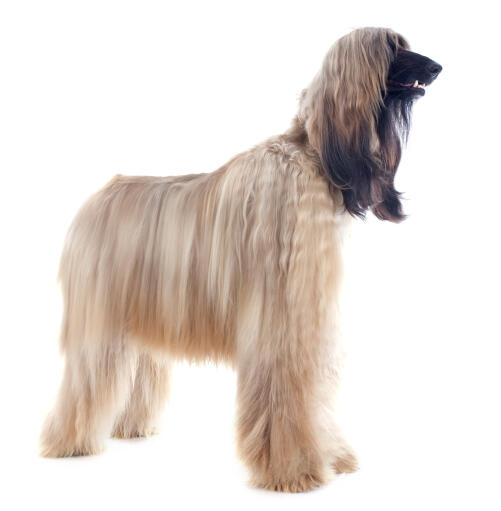 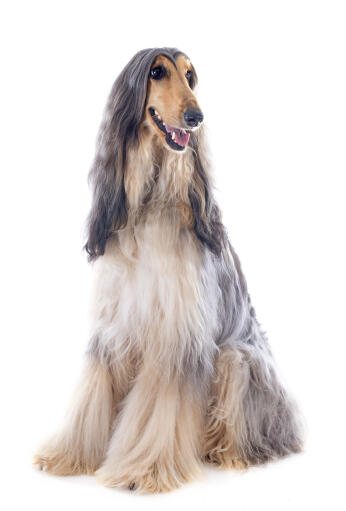 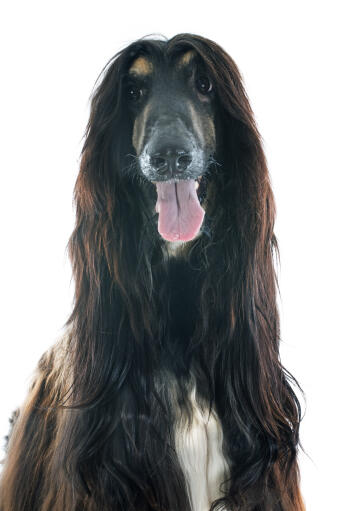 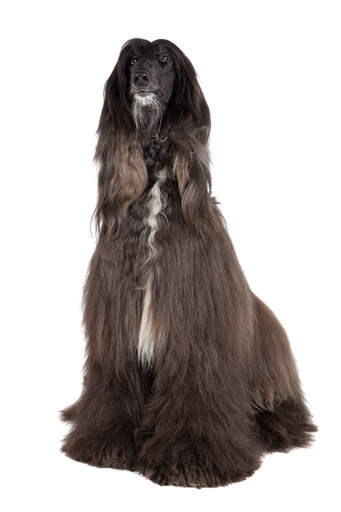 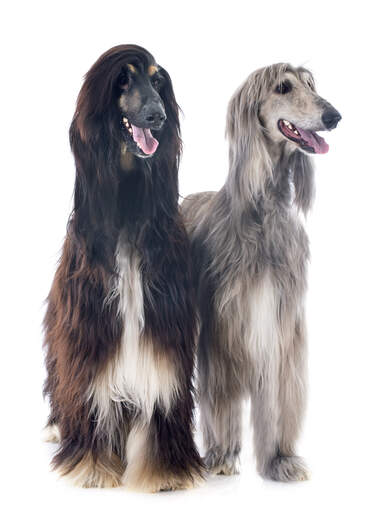 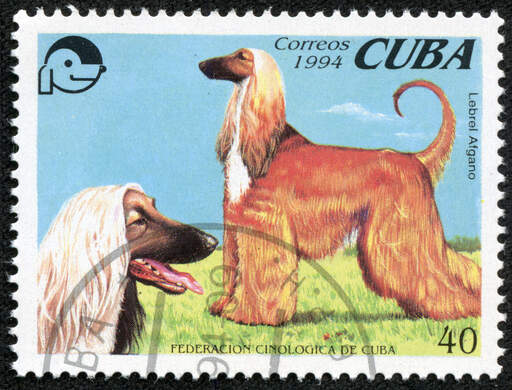 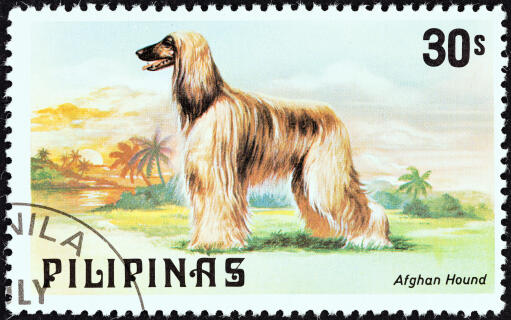 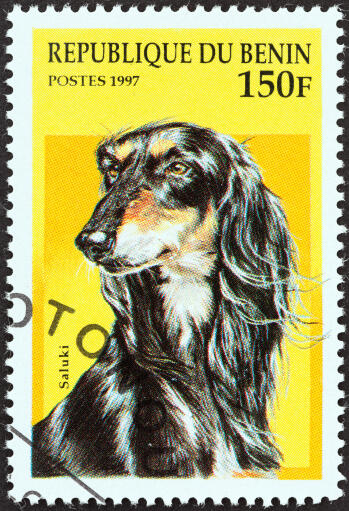 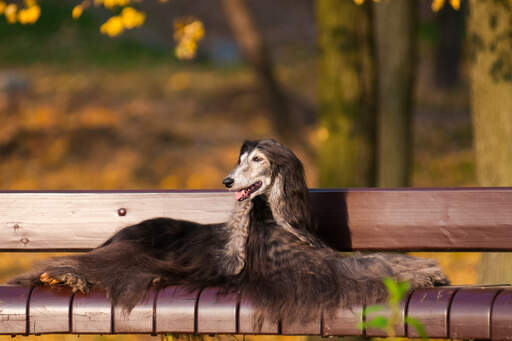 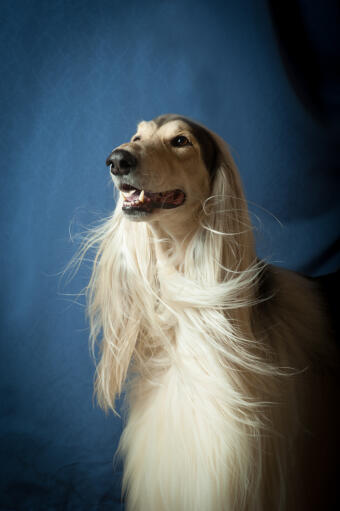 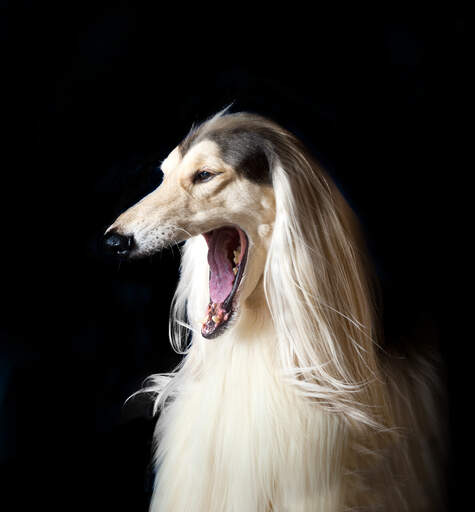 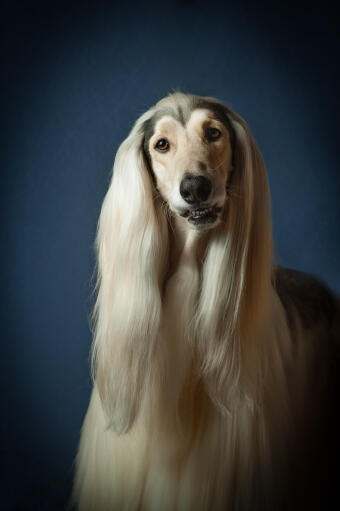 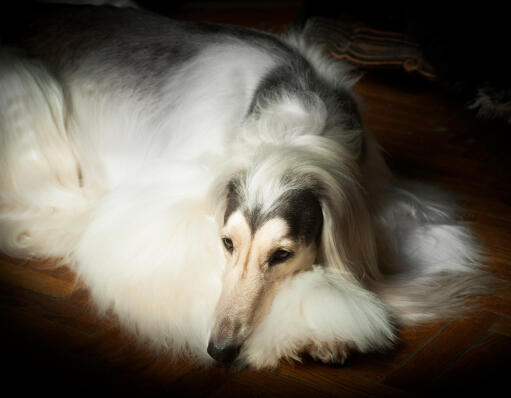 The Afghan Hound is an ancient breed from the Middle East, and may even date back to the Pharaohs of Ancient Egypt. It is also known as the Tazi and Barluchi Hound. It was originally developed by Nomadic tribes to chase and kill hare, deer, and other prey. Bred for the chase on harsh, rocky terrain, it is a very fast dog with amazing stamina and agility, having a lithe, Greyhound-like frame. It can run and jump with great skill, and has large feet that give it a good foothold on rough ground. It walks tall, with tail and head held high. It's long coat makes it suitable for colder climates. The first Afghans came to the USA in the late 1920s.

Afghan Hounds are never happier than when they have the space to run around. They love games of fetch. It is best to walk Afghans on a leash, or in a secure park or field, as they have the tendency to wander off and do not have great recall skills.

In the home Afghans can are usually tolerant and gentle with children, and can live with other pets too. It is friendly with other dogs, but tends to be wary of strangers to begin with. Afghans are not the easiest dogs to train, as they can be a bit aloof, almost cat-like in their indifference! In other words, they don't listen - at least, not without a lot of effort and patience on your part. Indeed, they are often described as the hardest breed to train, although it must be emphasized that this depends entirely on the individual. With perseverance, they are trainable. Recall is their chief problem, due to their instinct to chase prey. So, if they are on the trail of a rabbit, hare, or squirrel, your shouts and whistles become low priority.

In spite of being bred for the chase, Afghans energy levels are quite low. All they require is a daily walk, and, ideally, the chance to run around and play fetch. Their coats requires brushing every 2-3 days to keep them from tangling and matting.

This is a generally healthy breed and rarely suffers serious problems, although cataracts can develop in later life.

Afghan Hounds can be difficult to train because of their instinctive independence. They tend to be suspicious of people they don't know and are not the ideal choice of dog if you have smaller children or other animals in the household, and no prior experience of Afghan Hounds. However, depending on the individual dog and your skill as a trainer, they can indeed be tolerant.

The Afghan Hound does not suffer any congenital health problems, and tends not to be prone to major health concerns. Problems that are sometimes encountered include eye problems such as cataracts or ''cloudy eye'' (inflammation of the cornea) and canine hip dysplasia (CHD).