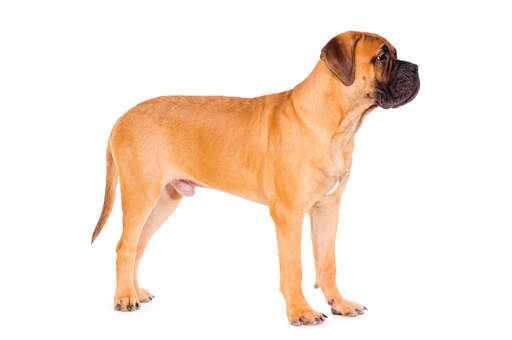 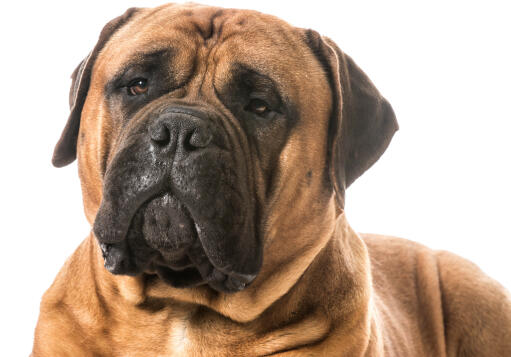 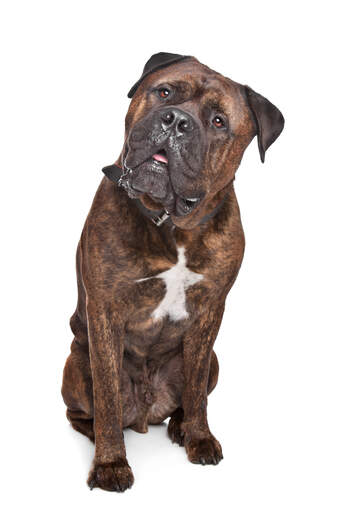 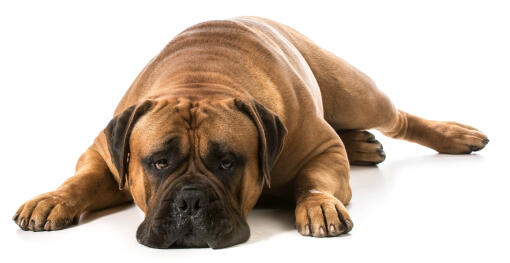 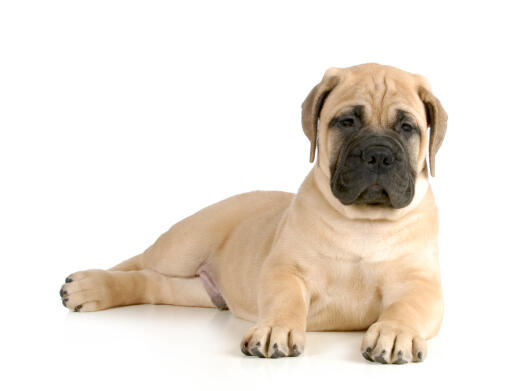 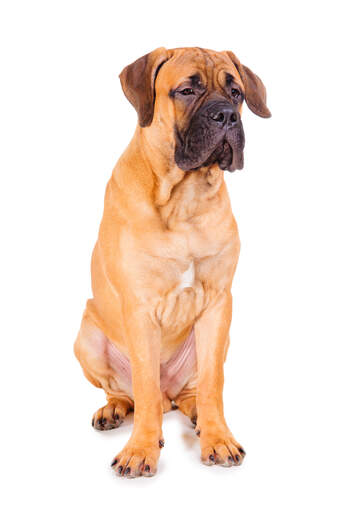 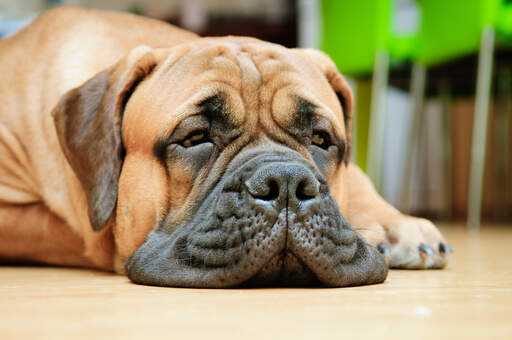 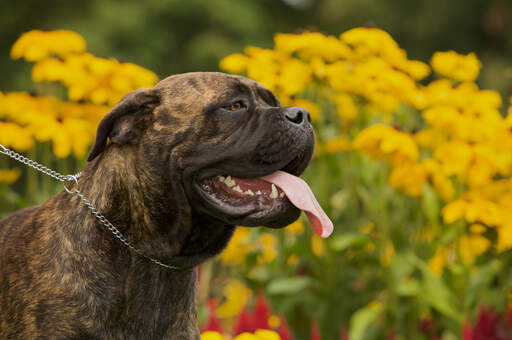 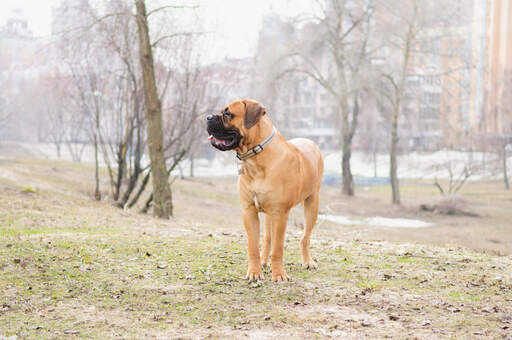 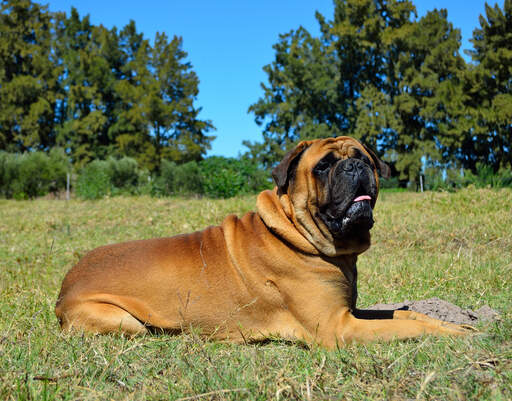 The earliest record of the Bullmastiff dates from the late 1800s, although older mastiff-like breeds had been around for several centuries. They were bred as hands-on guard dogs on British aristocrats' large estates, at a time when poaching was a problem on their land, and on the newly privatised former common land in the country. Gamekeepers and estate managers needed a dog to deter, and if necessary attack and subdue the unfortunate poachers. Bulldogs and Mastiffs were cross bred to produce a large dog that would wait patiently for the poacher to arrive and then attack on command. The Bullmastiff was trained not to harm the intruder, but to grip and hold him until the land owner or his representatives turned up. This earned them the name 'Gamekeeper's night dog'. Breeders continued to cross the dogs until the ideal combination was settled on - 60% Mastiff and 40% Bulldog. They were first registered with the English Kennel Club in 1924.

Bullmastiffs are loyal and, in spite of their imposing appearance and in-your-face history, docile. They crave human company at all times, and love being part of a family. They are great with children if raised with them. They are gentle giants and will follow you to the bathroom, kitchen, and anywhere else you want to go. A breed that will want your love and cuddles and to sit on your lap whenever possible - daunting though that prospect may be! They are guardians by nature and can be protective of those within the house. It is vital to introduce them to lots of strangers when they are puppies to prevent future problems. They produce vast amounts of slobber.

Training Bullmastiffs is tricky as they dislike repetition. They are stubborn and independent, but need a firm hand when it comes to training. They are strong, but sensitive, so consistency is the key. Mixing up the training with play, commands and cuddles is the best bet. Asking them to lie down over and over again will simply not work.

Bullmastiffs will guard your home and those in it. Early socialization is much more important than with other breeds as they can be docile one minute and then furious when someone comes to the door. They rarely bark unless they feel threatened, or think you might be in trouble. Males can be aggressive towards other male dogs, if not properly socialized. These are large heavy dogs and not recommended for timid owners. You need to be the boss at all times, or they will take over and cause you problems. They need a decent walk every day, and this should be on lead or in a safe, secure area. They aren't too demanding when it comes to exercise, but they appreciate the chance to run around and play (ideally with you joining in). Once it's cracked it, the Bullmastiff does well in obedience training, agility, and carting.

This breed can suffer in hot weather, so needs somewhere cool to escape the sun. They like a soft bed, and if you don't provide one they'll find one for themselves - usually your duvet. Brushing weekly will get rid of dead hairs, but generally coat care is minimal.

Bullmastiffs are gentle and confident. They make excellent guard dogs, being very protective of their human family. At home they will be gentle and quiet, but if threatened they are totally fearless.

It is important to socialize Bullmastiffs in early puppyhood so they can learn to distinguish friend from foe and although they may put up with a pet cat they will not take well to intruders on their territory. 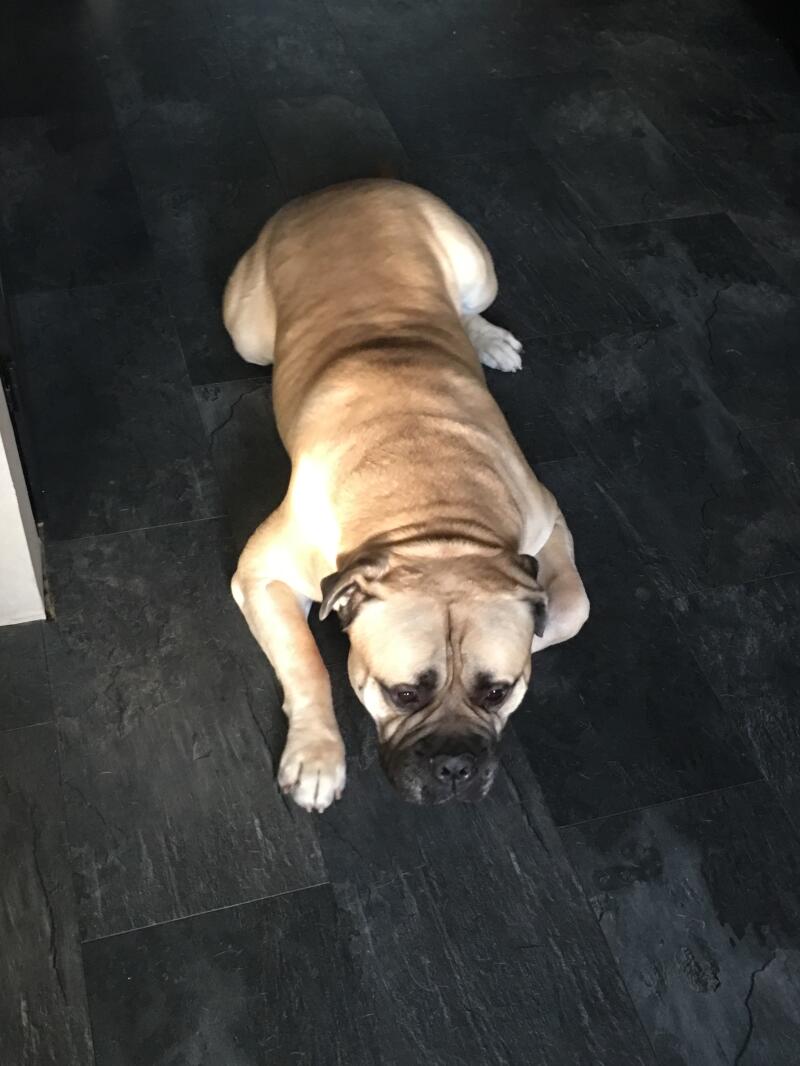 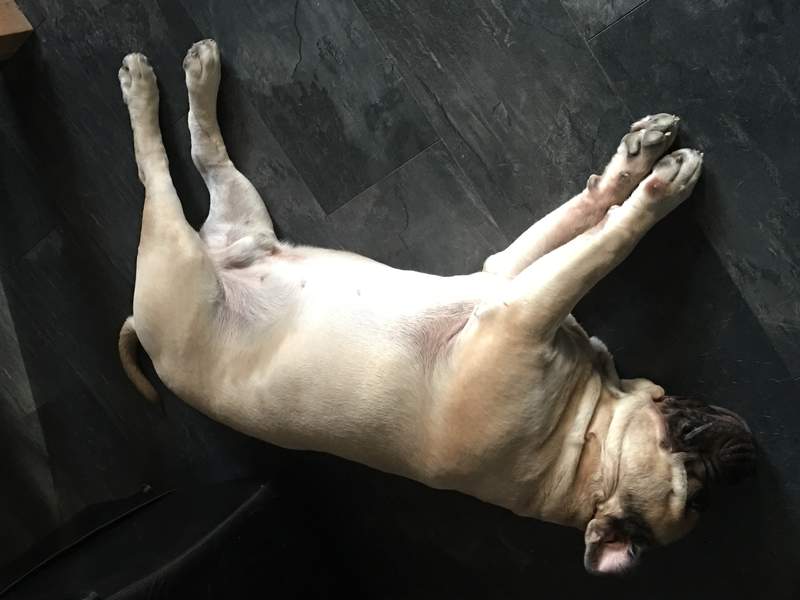 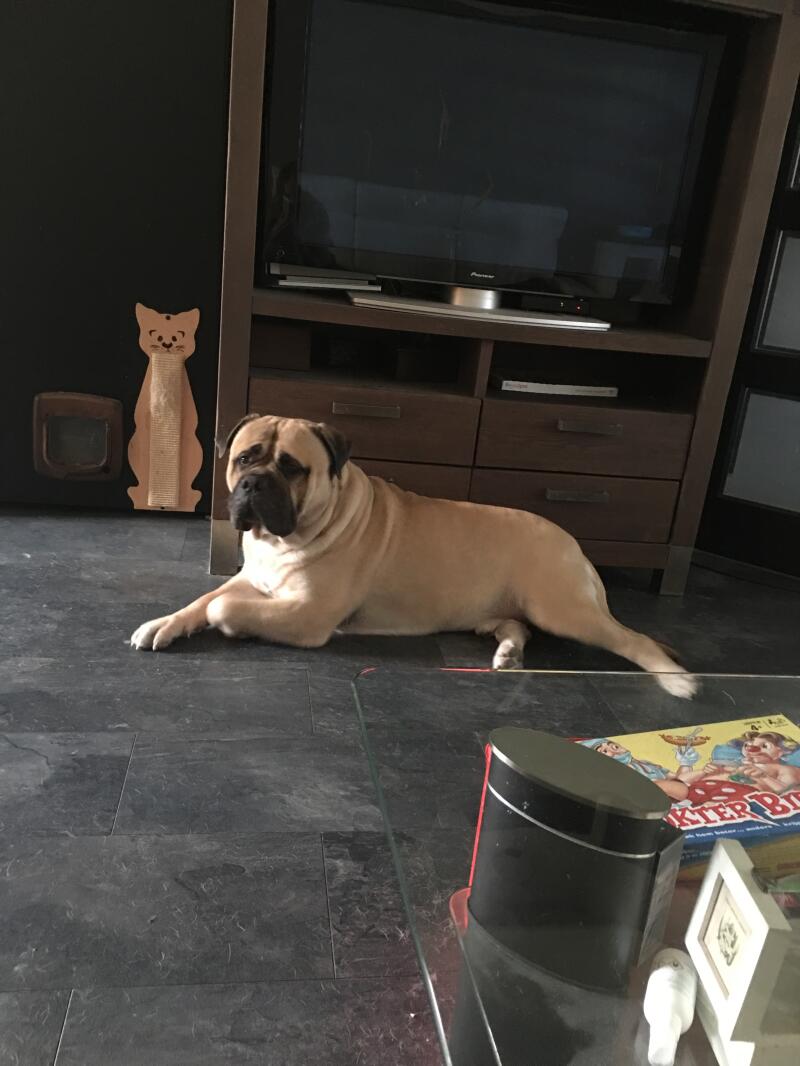 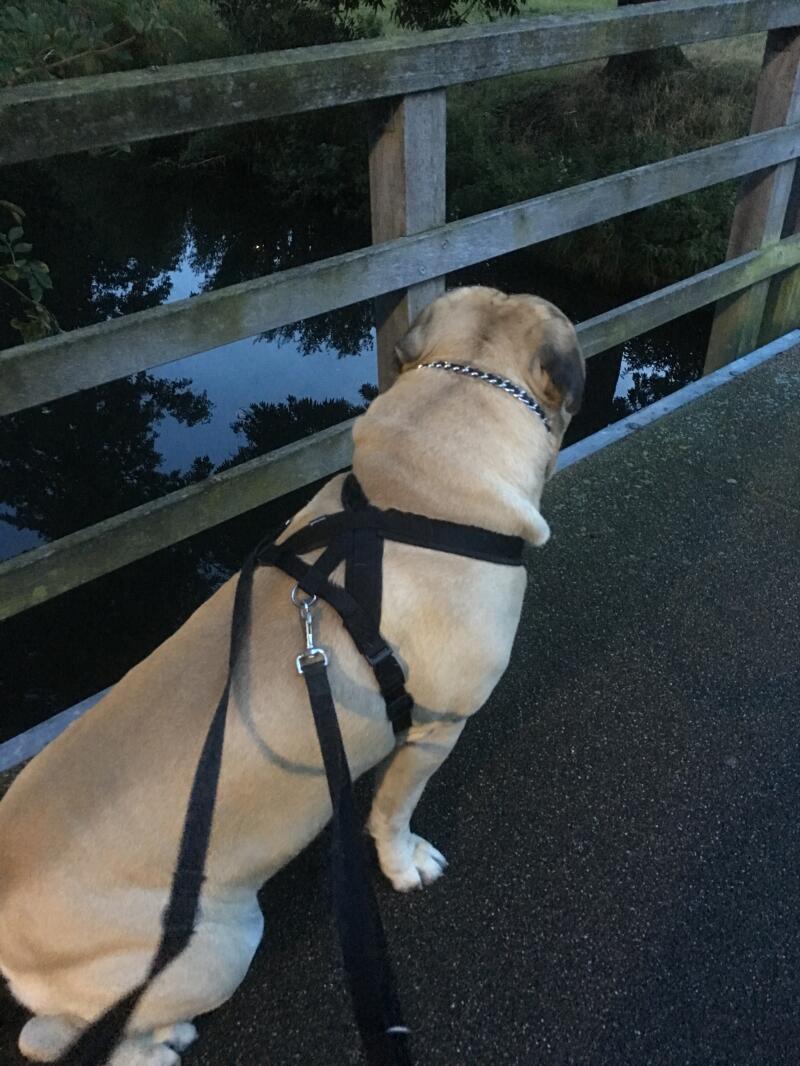 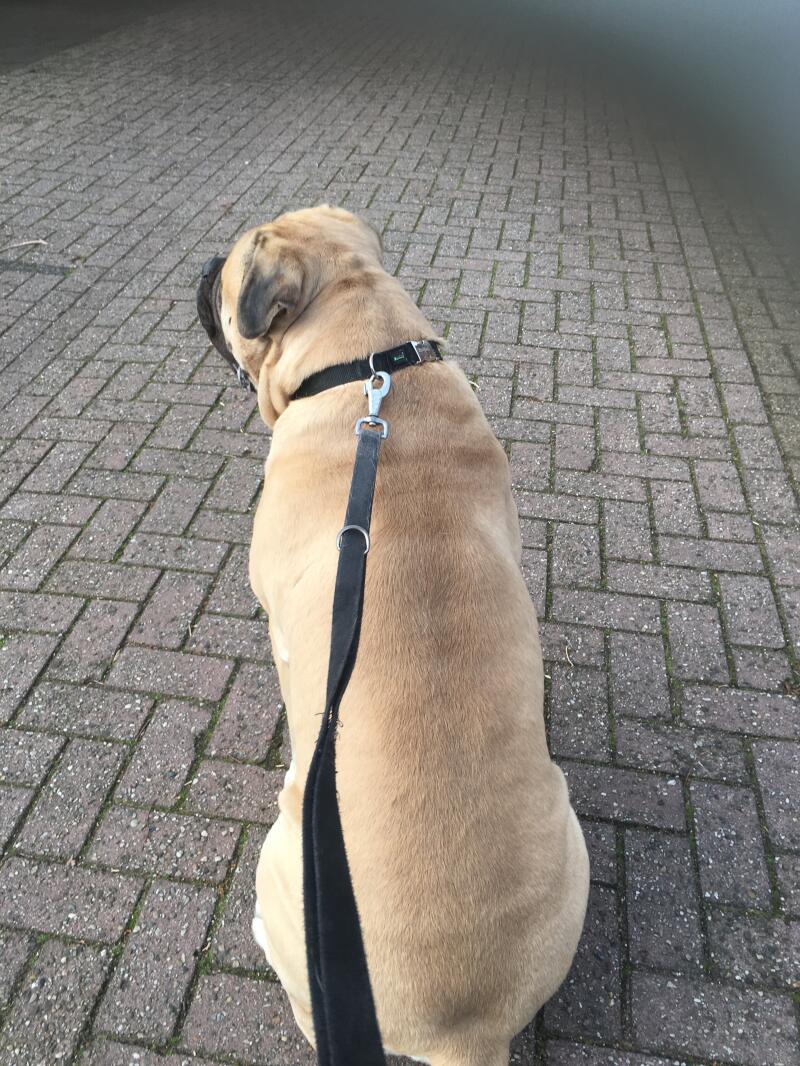 Latest Reviews For Bullmastiff ( of 1)

I've had 3 bullmastiffs and expecting an 8 week old within the next week. I couldn't go back to any other breed although I've had a variety of big dogs over the years. None of mine have slobbered in doors. They seem to only do so outside when sniffing about. They love going for walks with you and are true companions staying close at all times. Mine have matured fairly quickly and by 1 year they seem to have just about left the puppy stage. They take up little room even though they are big, mine being 70kg+. They just find a spot and are happy. You might have to fight them for a spot on the settee but we have never allowed them on the furniture and they learn quickly and want to please so training has been quick. They are amazingly loving and laid back, very little upsets them. Having said all that, I just hope that my new addition doesn't let me down. 2