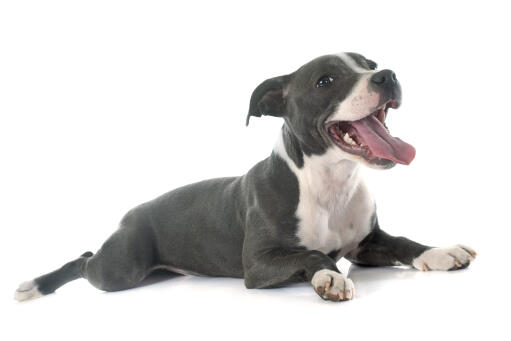 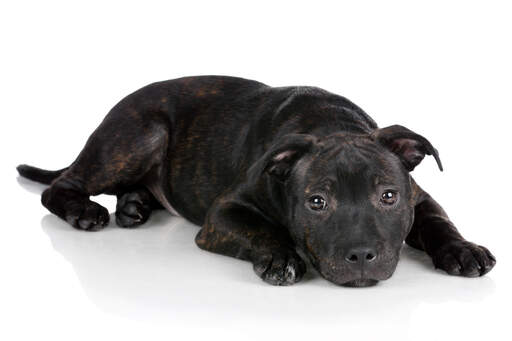 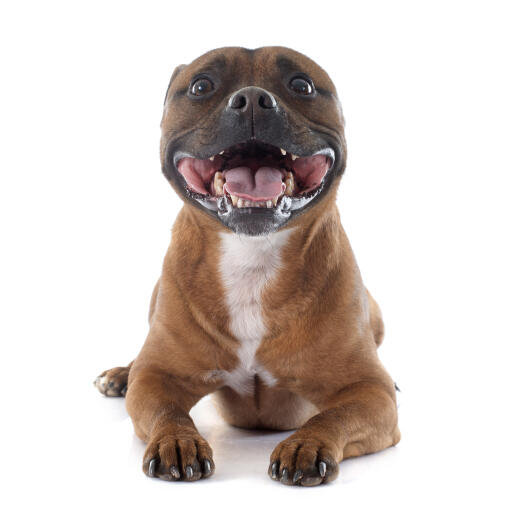 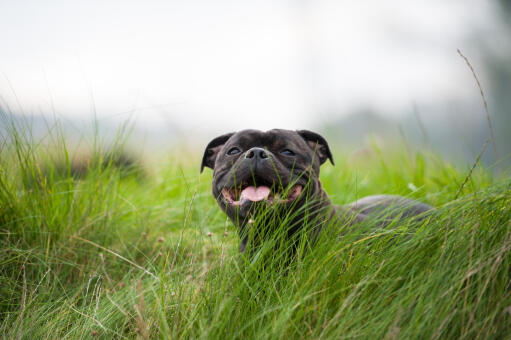 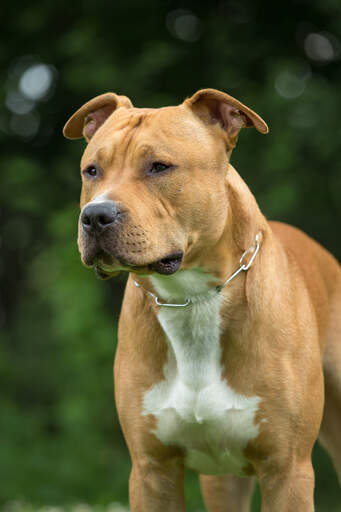 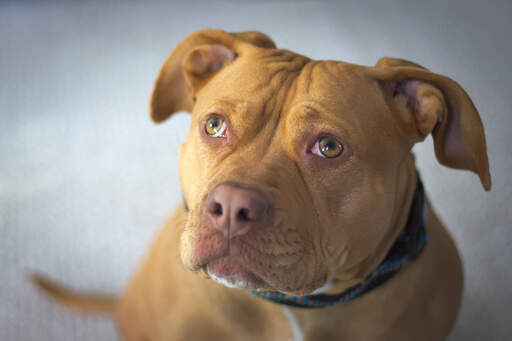 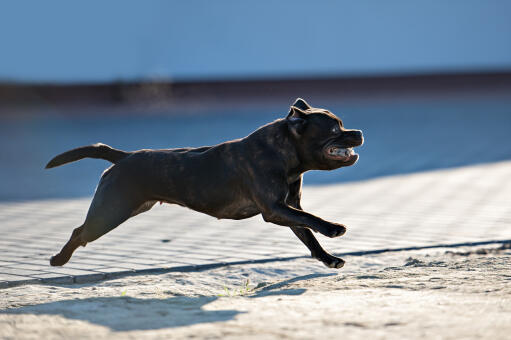 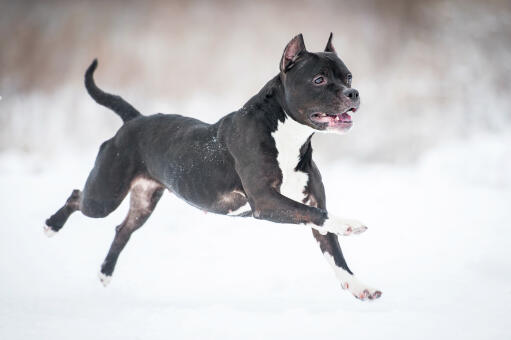 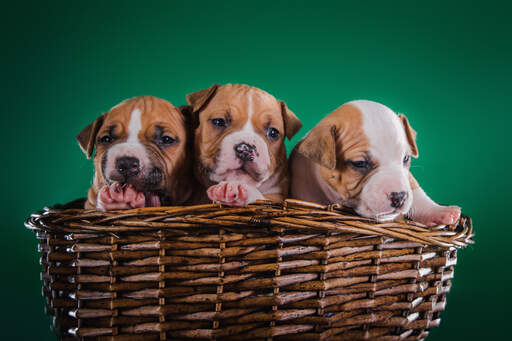 Also sometimes called the Staffy, this breed was first developed in England sometime in the early 1800s. The Bull Terrier was crossed with the Black and Tan Terrier to produce a small breed with strong jaws. Because bull baiting was not practical in cities, rat pits began to open up and the sport became popular amongst the working classes. Staffies are quick and nimble and as a result drew huge gatherings to these events. By the time that dog fights were banned, the breed had already become a popular and loyal pet and is still one of the most well known breeds to this day.

The Staffy is truly a people’s dog, they are gentle around the family and get on well with kids. Infact, their love of children is so prominent that it has earned them the nickname “Nanny Dog”. They love to be around people and this is what makes them happiest, it’s not the best idea to leave them alone for long periods of time as this can make them upset and lead to destructive behavior. They seem to be fine with strangers entering the home and will nuzzle, lick and welcome seemingly everyone who enters the house. In general, as long as they receive some attention, they will be happy.

Despite being a playful breed, Staffies are rather docile and will do what their owners ask of them. This makes training relatively easy and no major problems should arise. Despite being so friendly towards people, dog aggression can be a problem in some individuals and early socialisation is highly advised to prevent any problems later on down the line. Although they rarely start any fights, they will never back down from one and are incredibly brave when needs be. A long walk, a game of ball all topped off with a cuddle on the couch will produce a loyal and loving companion. They do have a high energy level and will need a long walk each day, recall once trained is good so they can be let off lead - they rarely run away simply because they want to be around you. As is the case with most Terriers, their prey drive is high and they have a tendency to chase after small animals. Staffies make for a good watchdog as they only bark when they feel the need to. Their appearance can put people off breaking in, despite the fact that any burglar would probably receive a warm welcome.

As of late there have been more and more stories of Staffordshire Bull Terriers fighting other dogs and even attacking people. This breed is friendly at heart and any incidents like this are due to poor training on the owners behalf. Loving and loyal, this breed is a great addition to any family.

Their short fur requires little grooming and the occasional brush should be enough to keep them looking good. They aren’t the strongest of swimmers and caution should be taken when around water.

Staffies possess an energetic and companionable temperament. They have a natural love for human contact and are very affectionate. They are very lean and need a good amount of exercise. Early socialisation is important.

In terms of health, Staffies can be prone to Canine Hip Dysplasia, but it rarely causes major issues for the affected dog. Other rare but possible conditions include include progressive retinal atrophy (PRA: degeneration of the retina which can lead to blindness), elbow dysplasia, luxating patella (dislocation of the knee cap), epilepsy, heart disease, deafness (particularly in those dogs with a lot of white on their head), allergies and breathing difficulties. 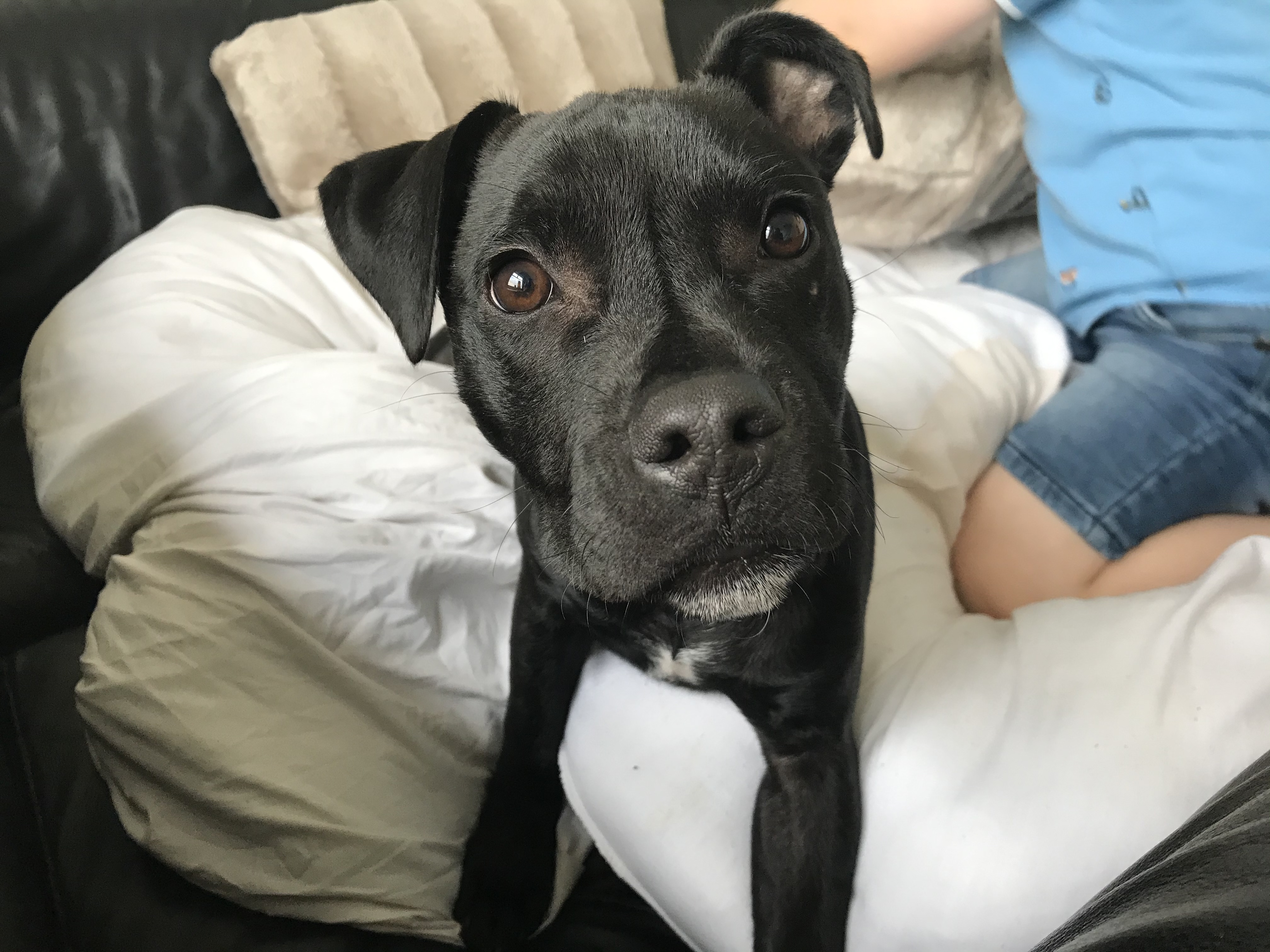 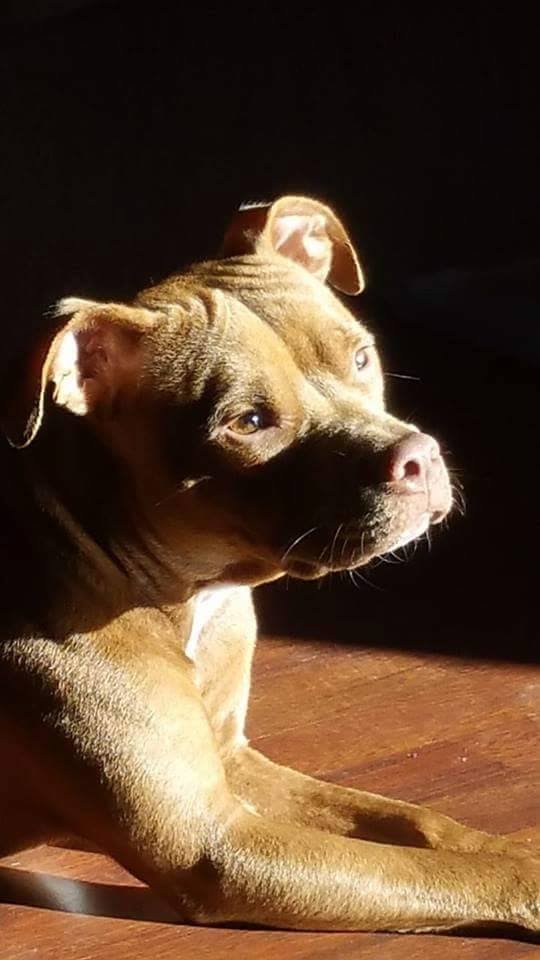 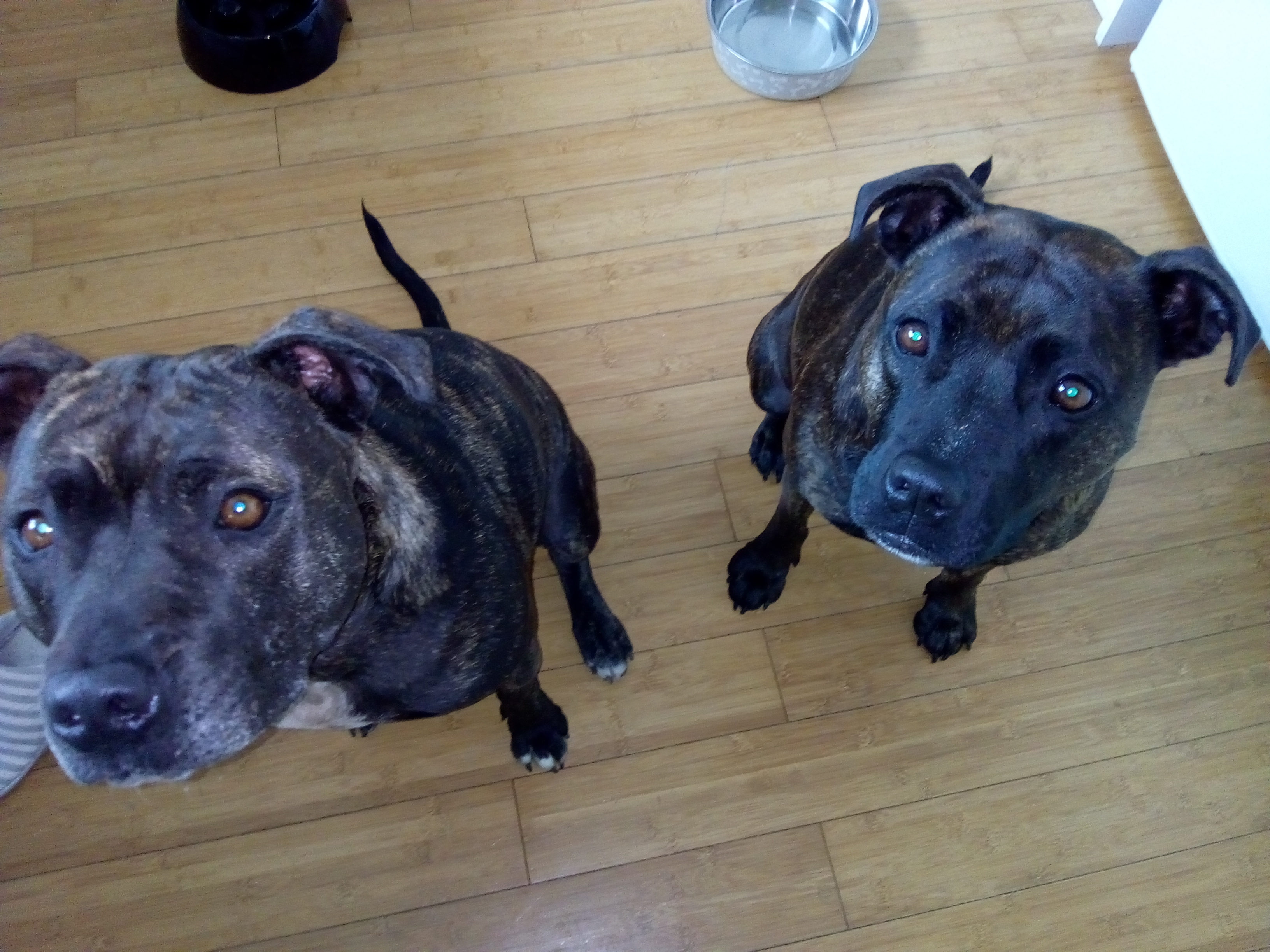 Based on 3 Verified Reviews

My boy is a rescue and he's the softest, most loving dog. He is fab with any foster dogs or cats that come to stay. He just wants to say 'Hi' to everyone - so we've had work on his recall! Don't delay - get a staffy! Even better - get a rescue one ❤.

They're almost too smart for their own good. They understand so much. They are expressive beyond belief and loyal beyond that. Happiest, loveliest creatures.

Have had 3 all were fabulous with the whilst growing up and as adults so much so that my son and my granddaughter (9) also have one. Wonderful with kids and great companions for older owners - Jeff, 30 August 2018