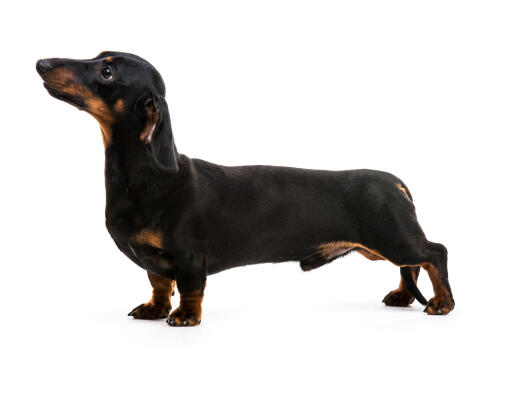 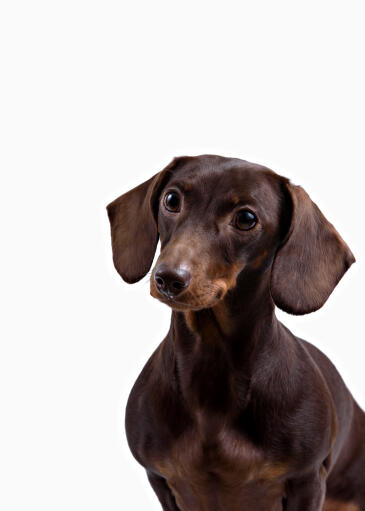 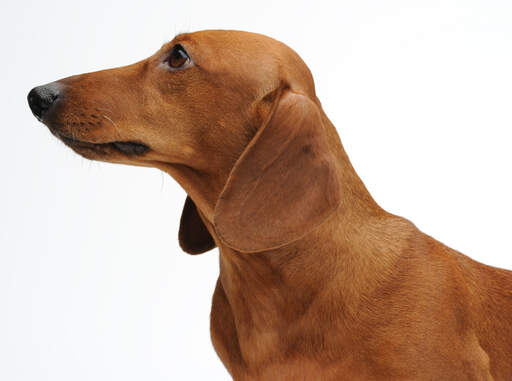 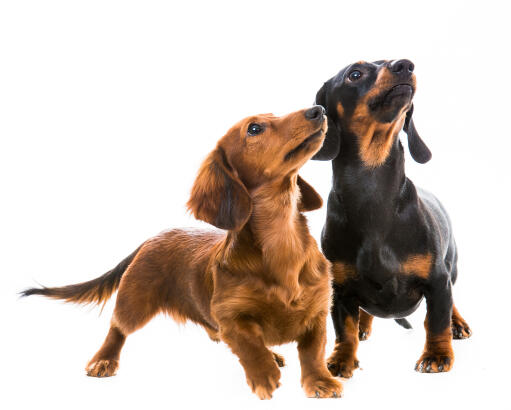 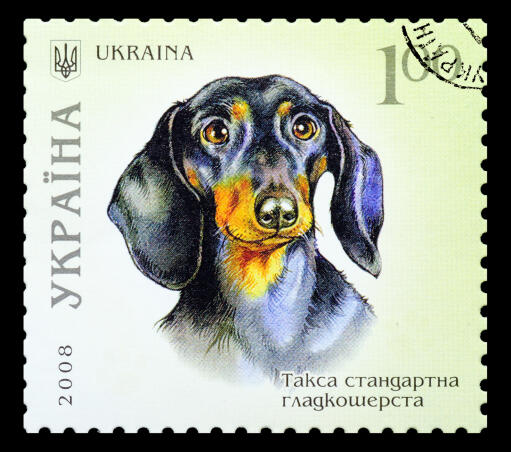 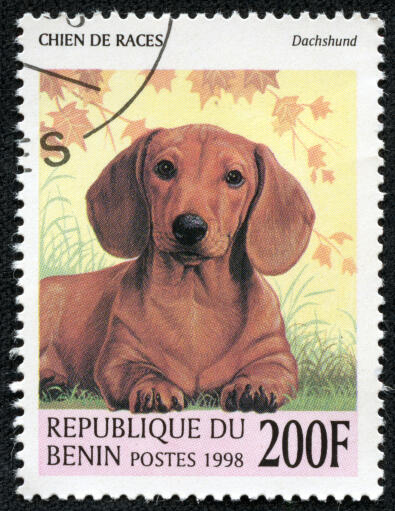 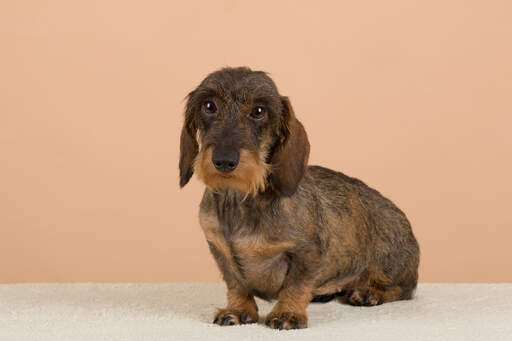 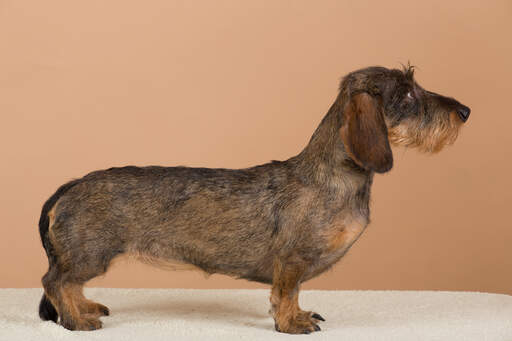 Dachshunds first appear in the historical record in the 16th century. The name comes from the German Dachs, meaning badger, and Hund, meaning dog (the same as the English word “hound”). The short-legged dogs were bred to hunt badgers in their sets – and given the ferocity of a cornered badger, this called for a very feisty and strong little dog. They were also used for killing foxes and rabbits underground. In Germany they are usually called 'Dackel', and are commonly nicknamed Sausage dogs in the English-speaking world.

Dachshunds are playful, brave, and feisty. They like to keep busy and love exercise – in spite of those very short legs. As long as they are socialized early, they make good family pets, but they always need treating with respect, as they are not bred to be cuddly lapdogs. Most Dachshunds are wary of strangers. True to their tunnelling origins, they love to tunnel under blankets and duvets. Their loud bark and alert nature makes them good watch dogs. They’re always on the lookout, and will want to be involved with everything you’re doing. Dachshunds put on weight easily, and they’re very greedy, so you need to go easy on the treats.

This is a naturally stubborn breed, which makes training a challenge. It's not that the dog doesn’t understand, it’s just that they are just fiercely independent. They will tend to bond mainly with one person, but will still be happy in the wider family setting. Boundaries need to be set for this dog from an early age, to keep their more aggressive tendencies in check. Dachshunds enjoy the company of other dogs, especially other Dachshunds. In parks, they should be walked on a lead and only allowed full freedom in an enclosed area (your garden, for example). Their hunting instinct makes them very unreliable when it comes to recall.

It’s amazing how quickly those short legs can propel the Sausage dog from A to B! They are also geniuses at finding the smallest gap in a fence or hedge and running away to explore. They need a fair amount of exercise daily, but a moderate walk each day and lots of ball chasing in the garden is sufficient. They are famously aggressive and “snappy” to strange dogs, so, again, socializing is vital.

E. B White, the author of Charlotte’s Web and Stuart Little, had a pet Dachshund, Fred. Capturing the independent, and sometimes contrarian nature of the breed, he wrote: "When I address him, I never raise either my voice or my hopes. He even disobeys me when I instruct him to do something he wants to do..."

Dachshunds are affectionate, independent, and courageous to a fault. They are very loving towards their family, super-loyal to their main carer, and are fine with children as long as they are treated with respect.

Early socialization with other dogs and people in general is necessary to ensure they become well rounded dogs. Dachshunds tend not to rub along with cats, even if they are introduced to them as puppies, but some individuals buck this trends. They are loud barkers and make great watchdogs

Dachshunds can suffer with back problems, usually disk related. They are also prone to canine hip dysplasia (CHD), intervertebral disk disease (pressure on spinal cord which can cause paralysis), patellar luxation (dislocation of the kneecap), and obesity. 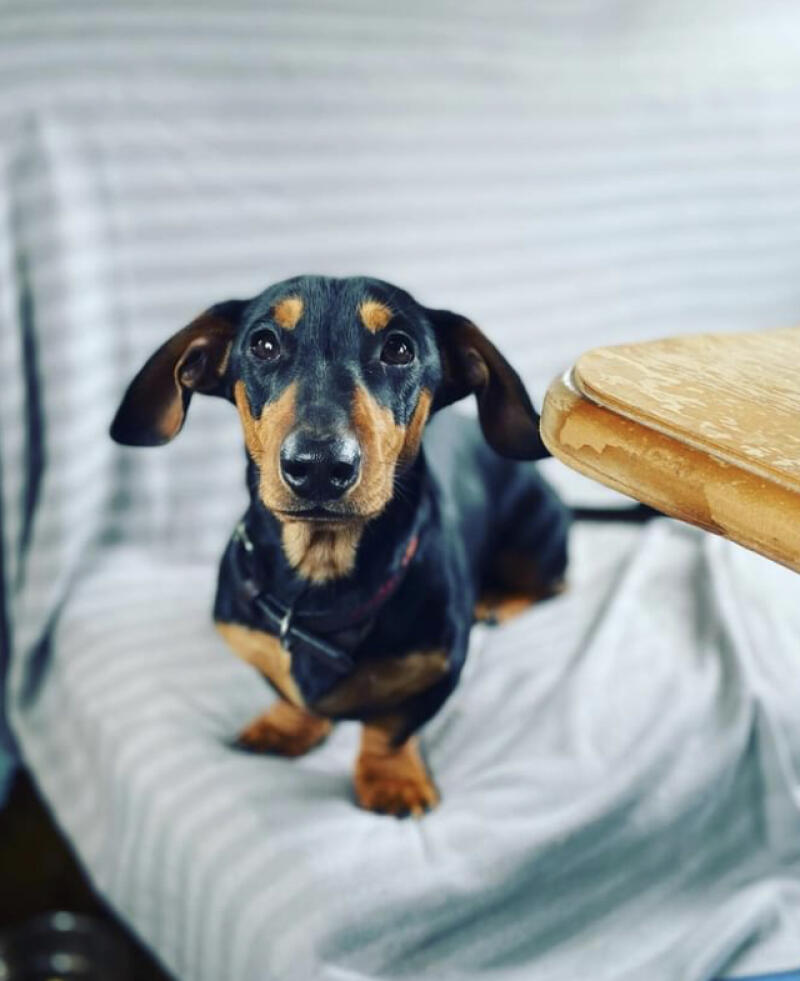 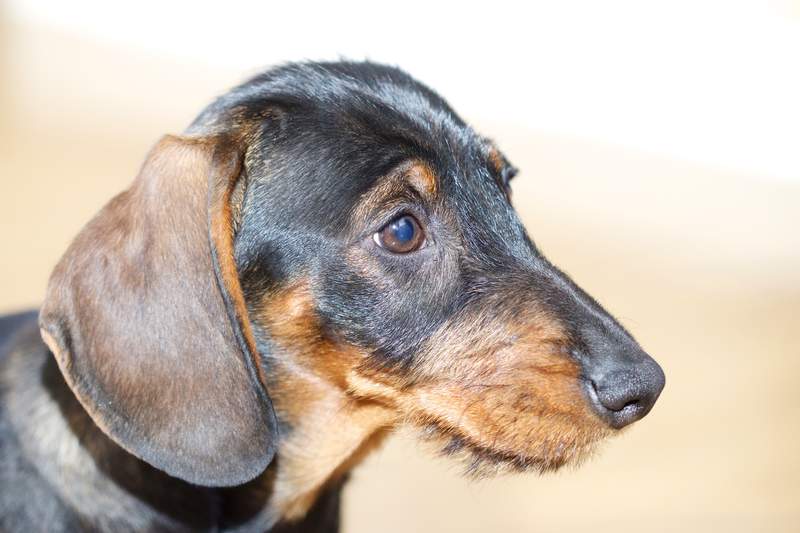 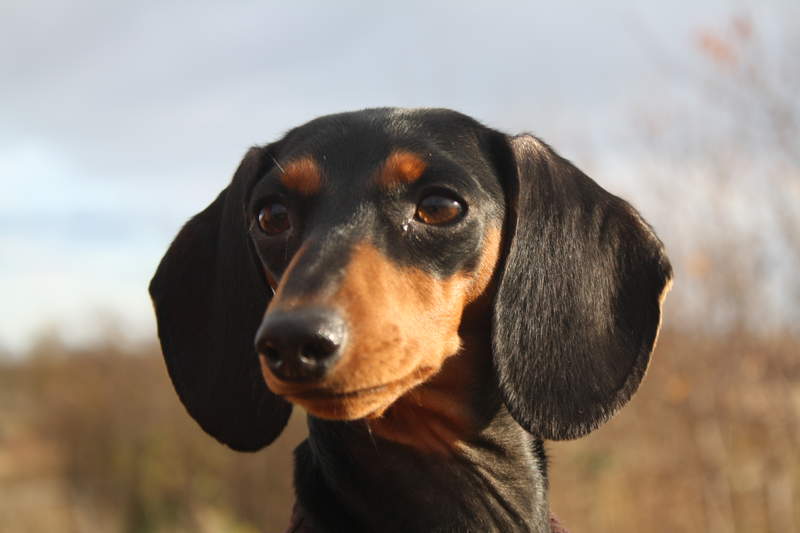 Latest Reviews For Dachshund (2 of 2)

My little girl is 5 in September 22. She is so precious yet has a mind of her own. Very loyal to both me husband but knows I am her mommy. She was not hard to potty train and understands it completely - Dianna, 20 February 2022

I have a standard black & tan dachshund - Max aka Mad Max.This dog now 3.5 years old is a clown, knows his own mind & does things in his own time. Very greedy, very loving & I would not be without a dachs in my life. Training was a drawn out process particularly toilet training & recall. Even now if it is raining he will not go out for a wee but will for a poo so use puppy pads. Recall - I used his favourite squeaky toy which he only saw out walking along with a treat for a good recall. Now he is pretty good particularly if I call out 'what's mummy got?' - instant response! His health to date has been fine but I am very careful about his weight & he is fed on high quality food only - Millies Wolfheart. Max loves children but is a bit boisterous with them so best with children 7 years plus. Friendly with all dogs except German Shepherds - only has to see one in the distance & he will sit down & howl. Nor is he keen on brachycephalic dogs such as French bull dogs, boxers & he will chase cats.