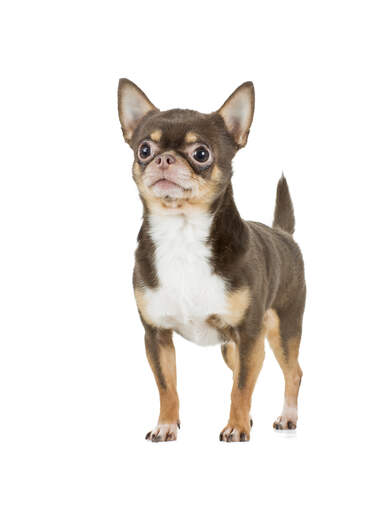 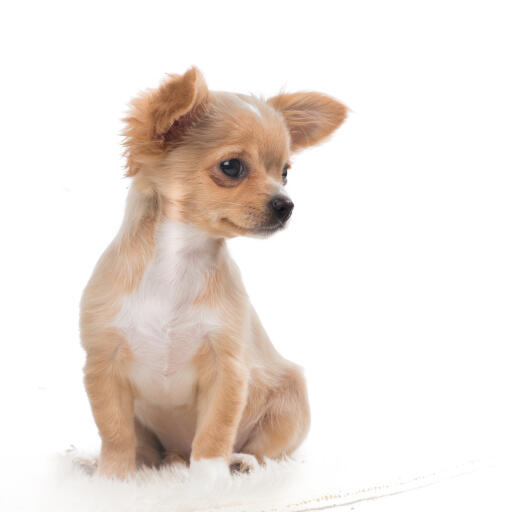 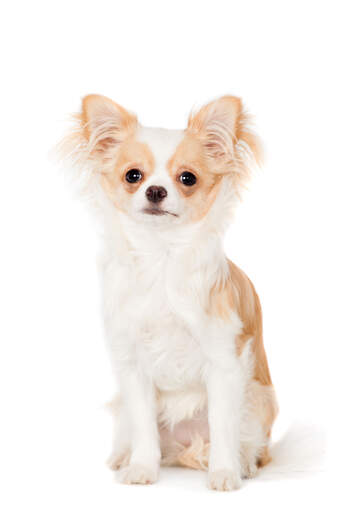 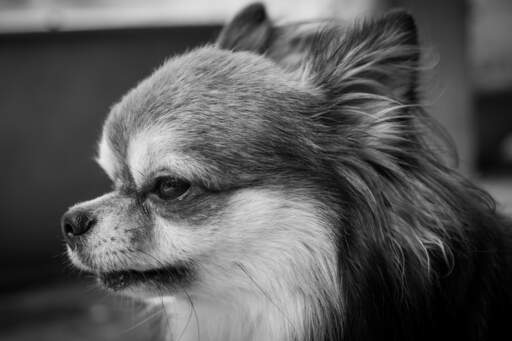 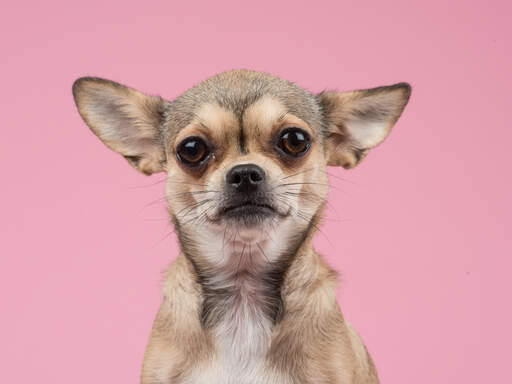 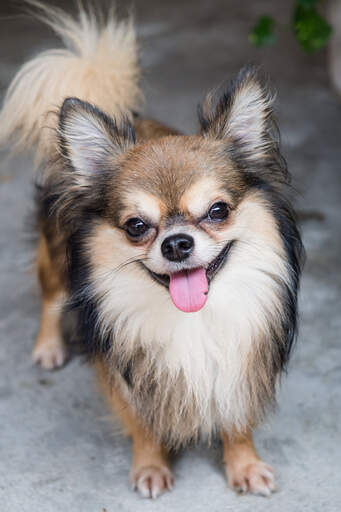 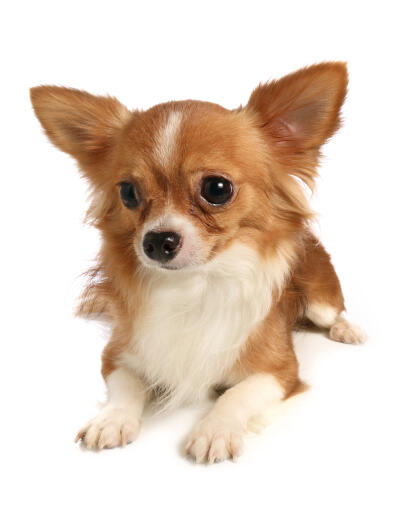 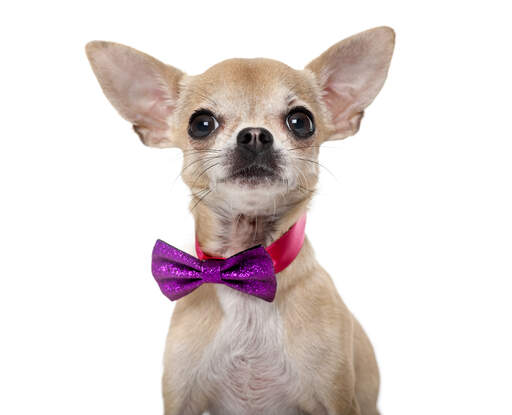 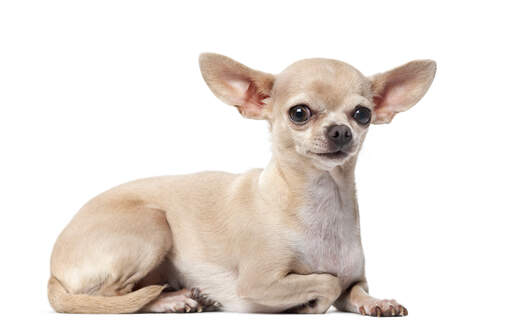 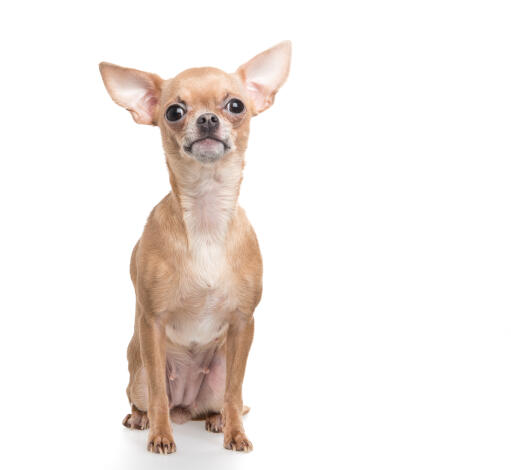 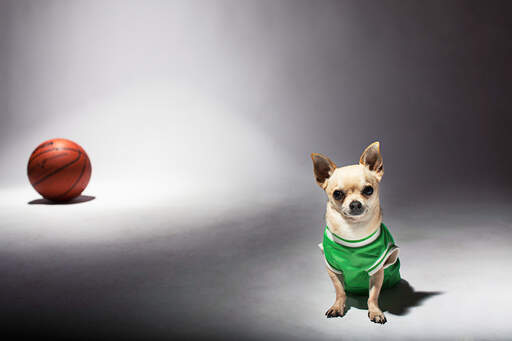 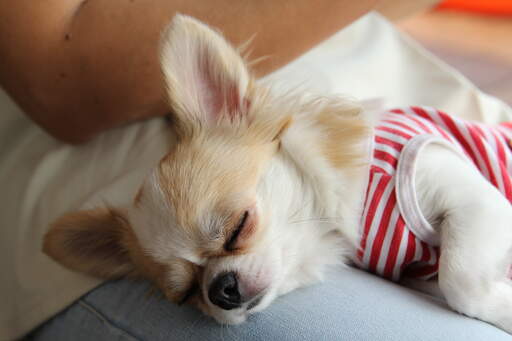 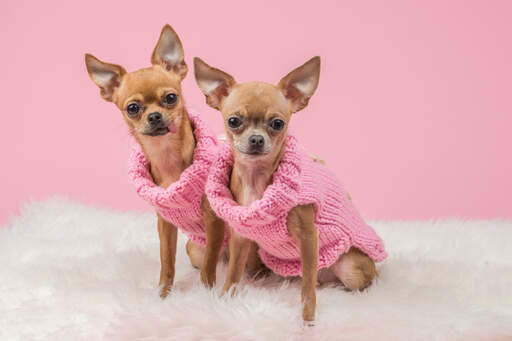 The exact origin of the Chihuahua is unknown. One theory states that the dog is from China and was brought over to the USA by traders, other theories state that the dog has its origins in Central and South America. In 1850 a few dogs were found in Chihuahua, Mexico, which were later brought to the U.S. The breed wasn’t all that popular at first, as the dogs weren’t much use as work or utility dogs. Later on it was found out that they make great companions, and ever since this breed has been a fan favourite and it is still ranked in the top 20 breeds in the USA.

Fondly referred to as miniature terriers because of a feisty personality that makes up for it’s tiny size, Chihuahuas are confident and loyal dogs, if sometimes a little temperamental. They bark a lot, probably due to their size, as they need to let people know where they are - curled up under a blanket or hidden away, they are in constant danger of being sat or trodden on! These dogs enjoy being cuddled and held. One problem with the Chihuahua is that they form very strong bonds with usually only one person, the main carer normally, and will go to great lengths to protect this person from any “threats”. They aren’t the easiest to train, but it is important to stop the dog from getting too fixated on their owner, as this will result in the stereotypical “evil/aggressive chihuahua” trait that they are often known for. Chihuahuas do need some exercise, but due to their small size a run around the garden or a game of fetch will do the trick. Their size makes them the ideal dog for small houses and flats.

The confidence in these dogs is unmatched and they will rarely be intimidated by anything, this includes larger dogs, so care should be taken when out on walks or when introducing them to an unknown canine-friend. This being said, they are generally ok with children and will get on fine with other household pets. They distrust strangers and will be wary when around them. They shiver when excited, frightened or cold and will need a coat in Winter (if you can even get them to leave the house when it’s cold, they aren’t a big fan of old jack frost). As a breed they rarely suffer any serious health conditions.

Chihuahuas have a loving personality, but will often get overly attached to one person and act timidly around others.

These dogs make up for their small size with their personality. Care should be taken when choosing a chihuahua puppy and always make sure to meet the parents as temperament is often handed down from generation to generation and, especially with these dogs, can be hard to change.

Although not all that susceptible to disease, health problems that may affect Chihuahuas include patella luxation (dislocation of the knee cap), hydrocephalus (build up of fluid around the brain), heart problems and hypoglycaemia (low blood sugar). 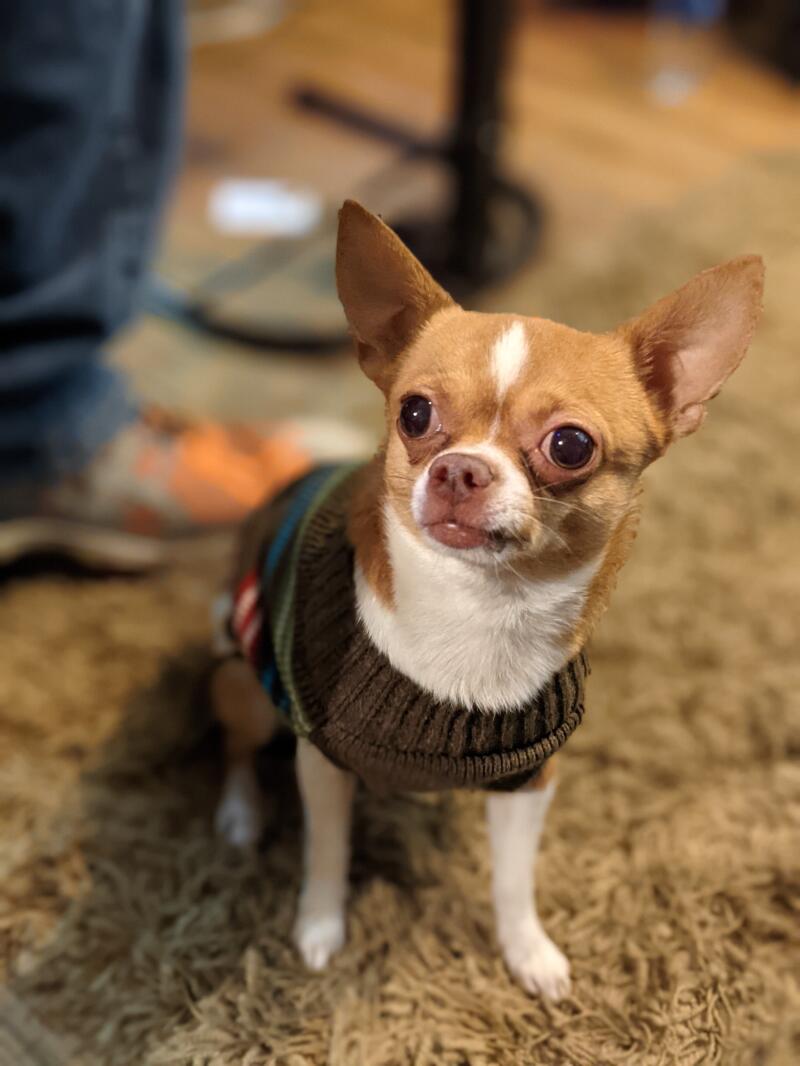 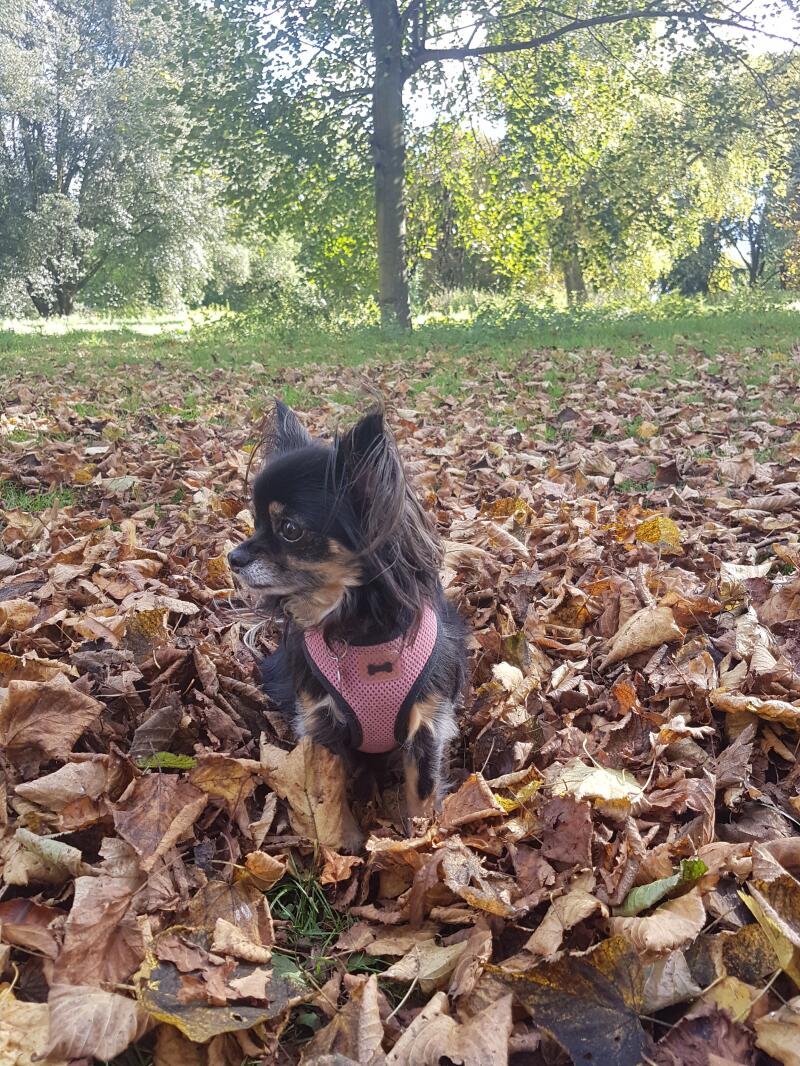 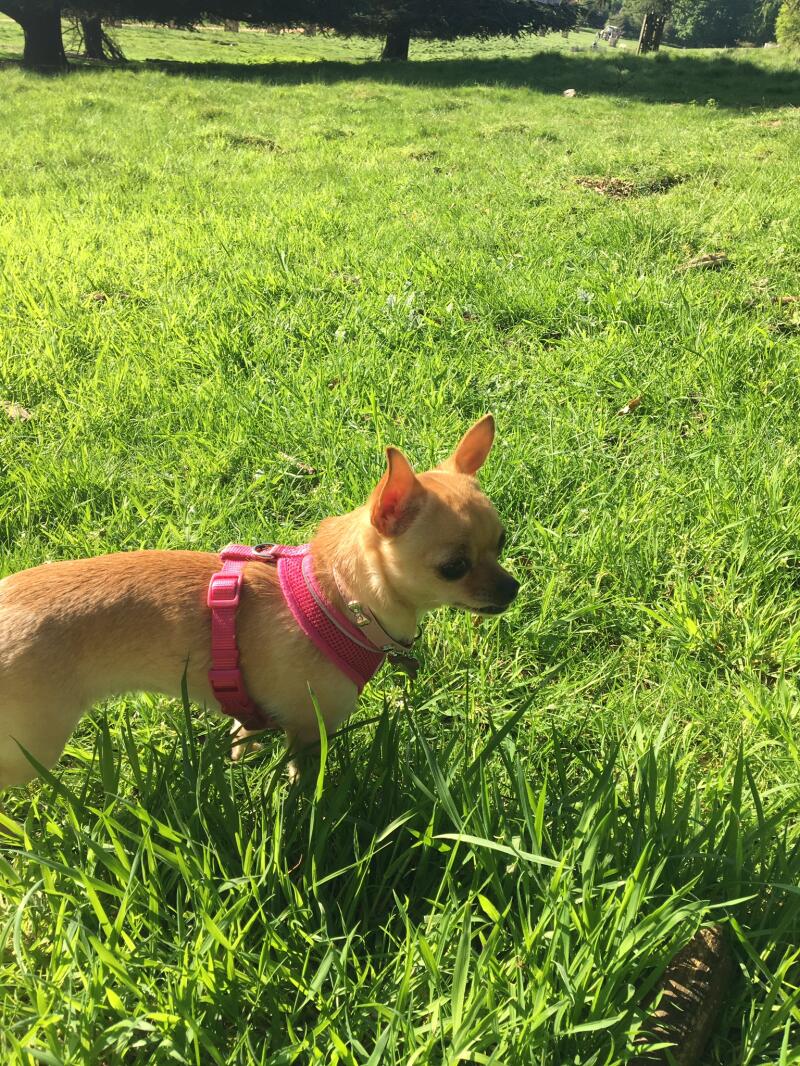 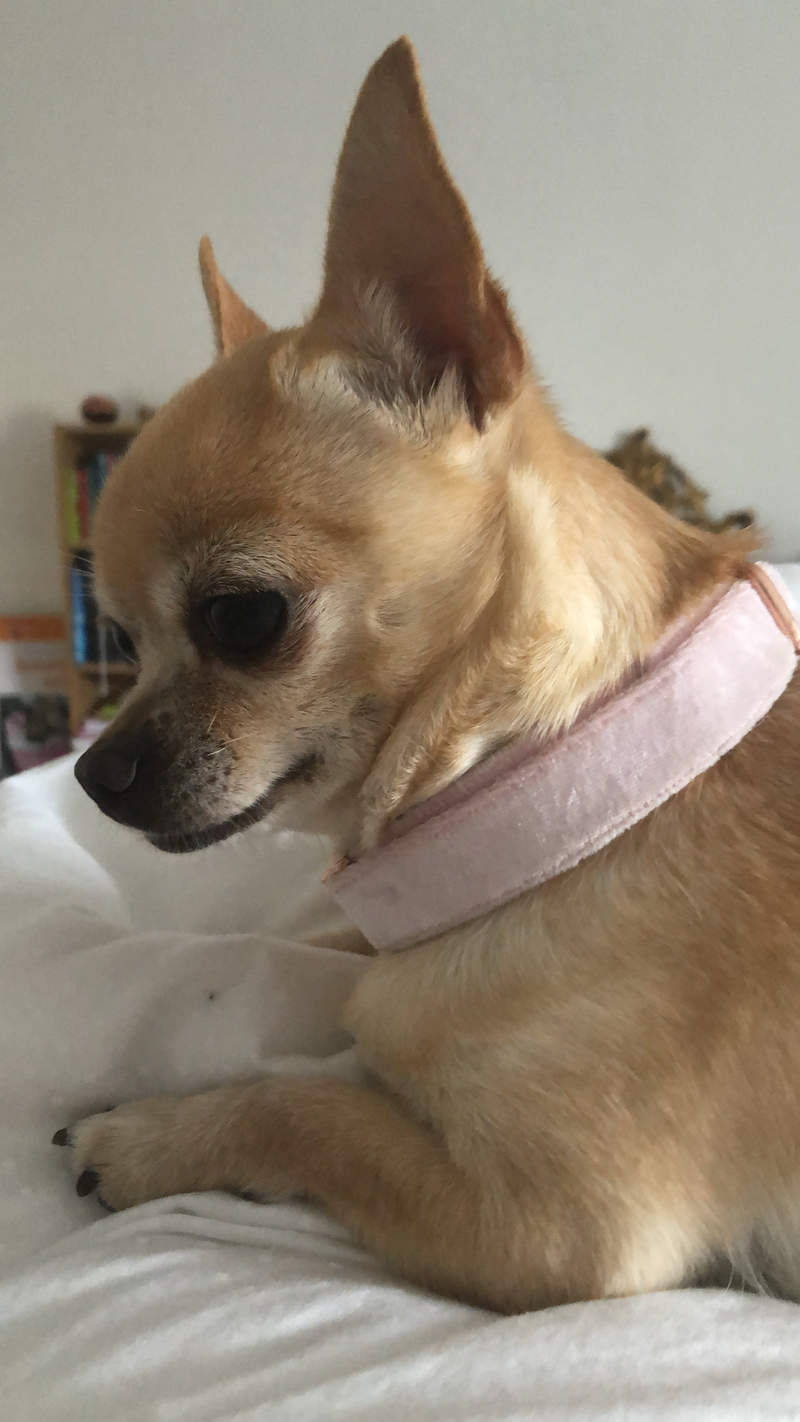 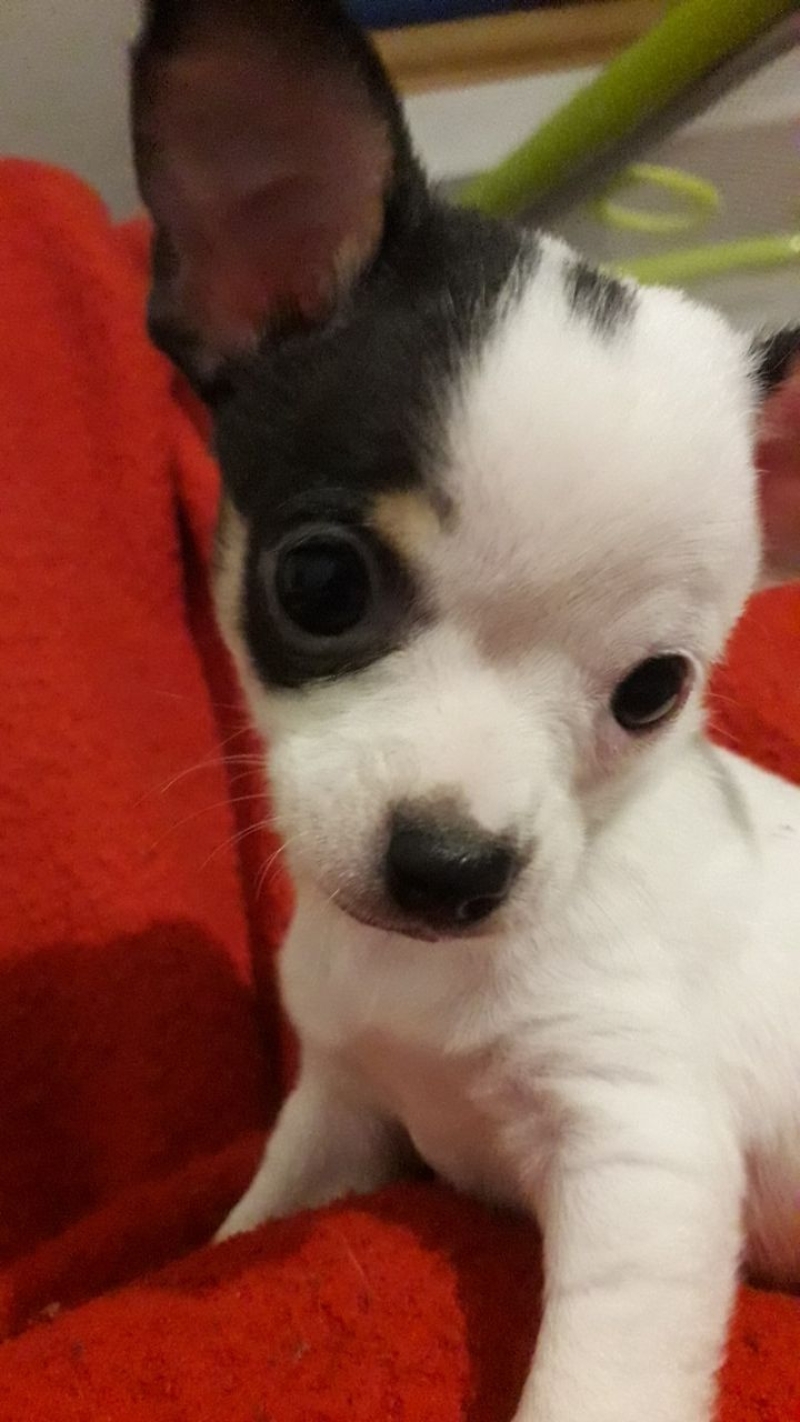 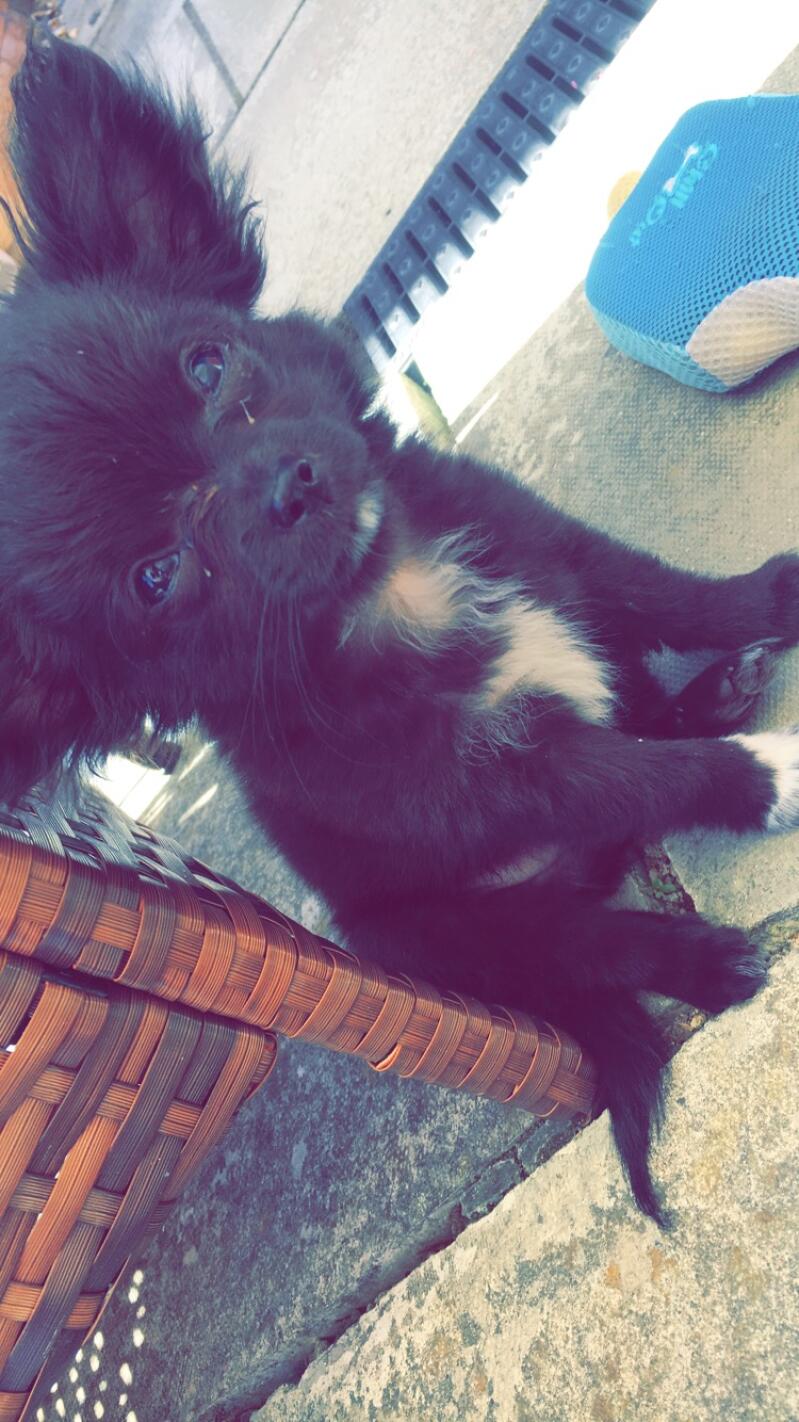 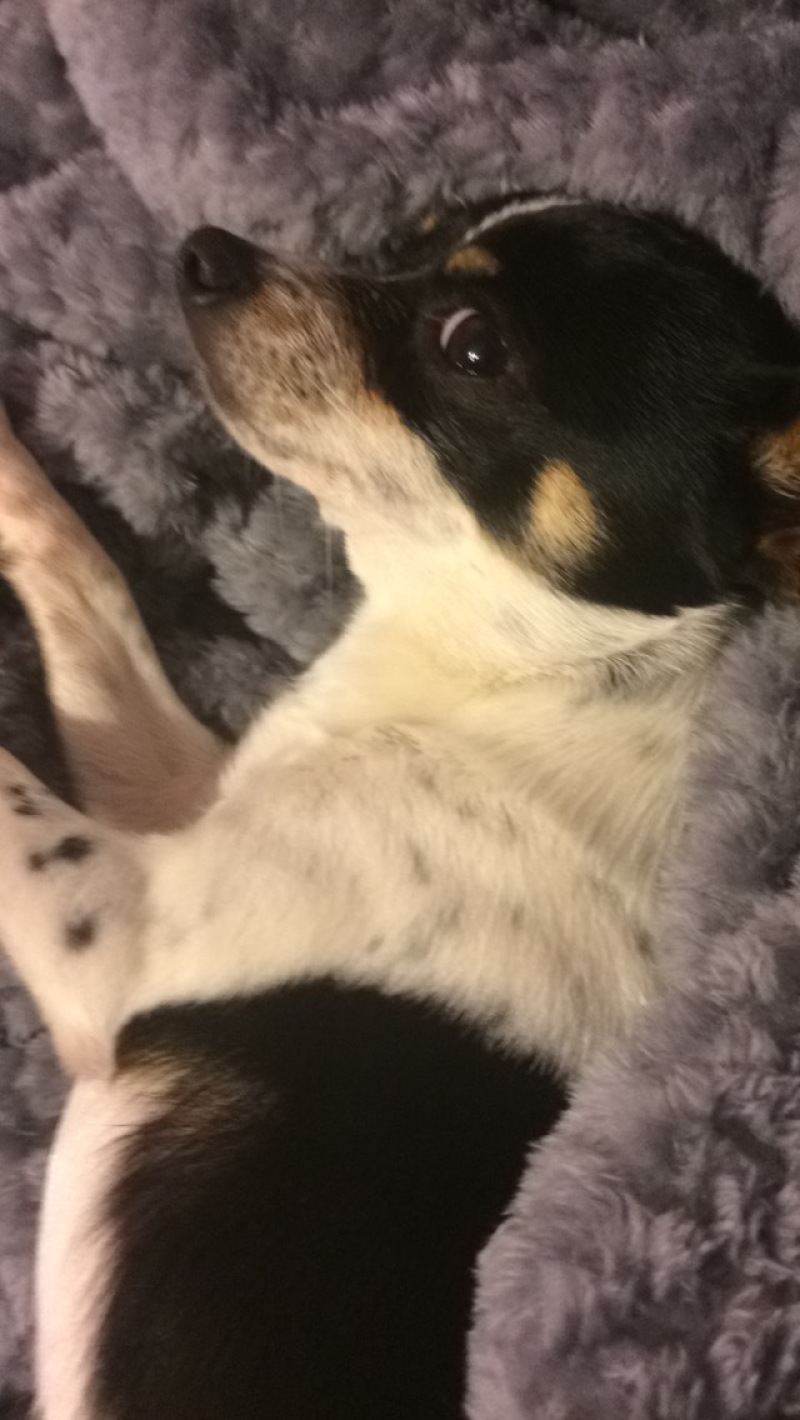 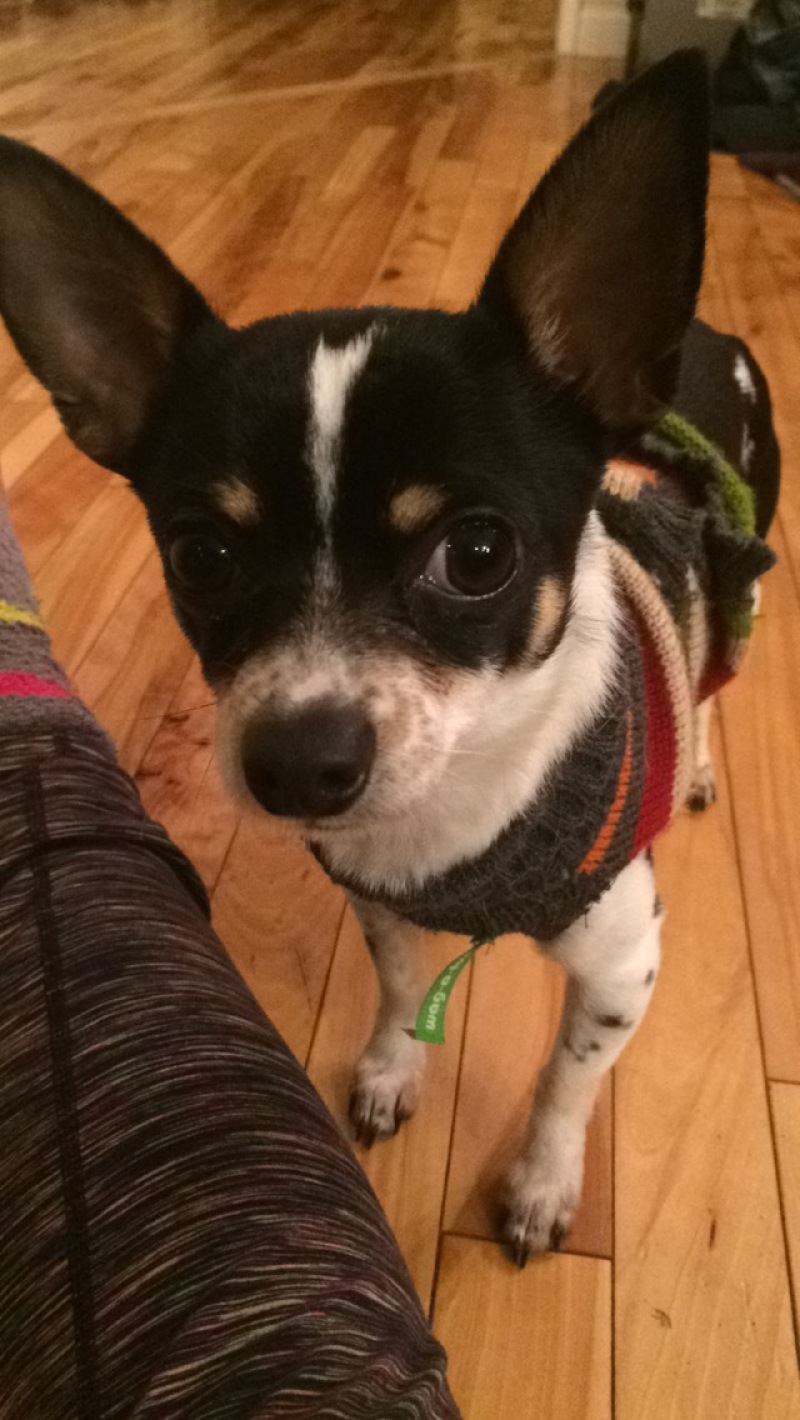 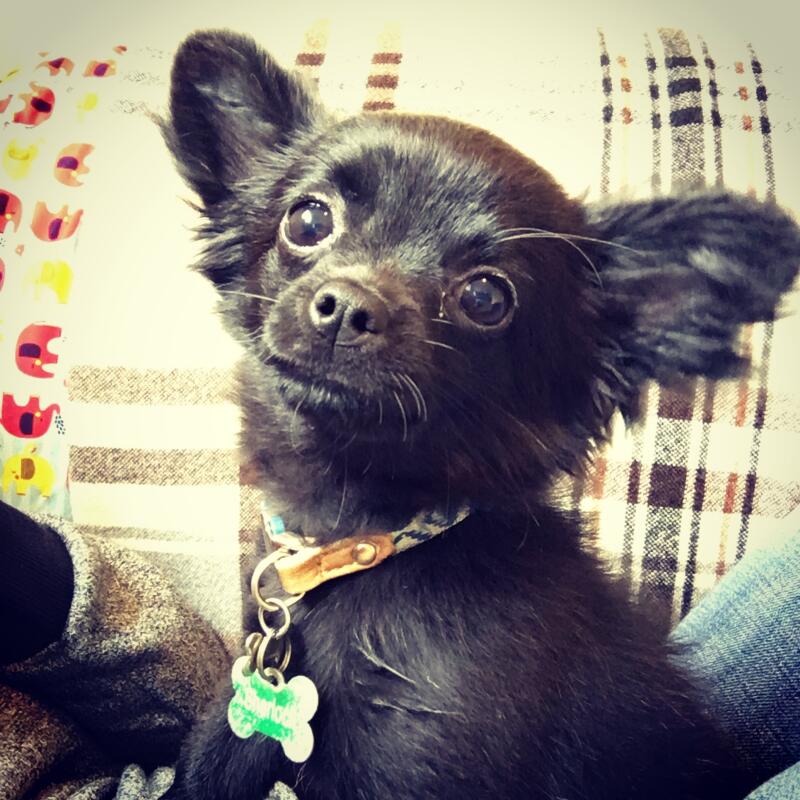 Latest Reviews For Chihuahua (1 of 1)

I have two Chihuahuas a lad named Loki and a lady named Lilly. They are both neutered and are the greatest companions to me and my wife. They are fearless, got both of us through health issues with their love and care, make great door bells, fierce defenders of their Mum, and use most of our king sized bed when we go to bed at night :^) I went from dobermans to chihuahuas as I have gotten older I wanted an easier dog to handle but funny enough I spend more energy on my two then I ever did on my dobermans but they more than make up for it, as it is a need to take care of them that gets me out of bed in the morning especially during the pandemic. They are barky and protective so I take care with anyone visiting or when out walking them and even though short haired I am always covered in "chihuahua glitter" much to my wife's annoyance. Very intelligent and stubborn but when my wife engages them they respond well to training (I am too soft on them, lol, and they rule me for sure) enjoying puzzles/games that we have acquired for them. Anything for a treat and they think ALL food is meant for them so you have to watch their weight. They are sun bunnies loving a spot in the sun but even more they love laying on you and being cuddled .... our Loki will give a smell yelp/bark to let you know you have stopped petting whilst Lilly simply gives you a paw smack. If thinking of a companion dog think Chi! Regards, Ben