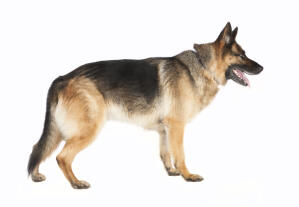 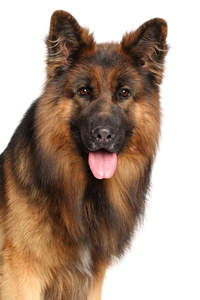 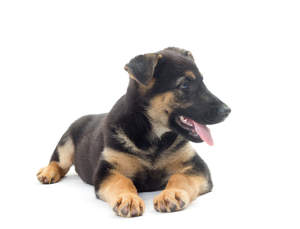 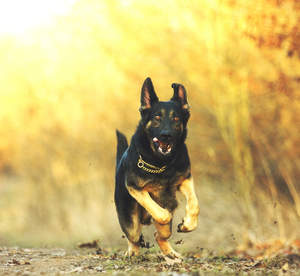 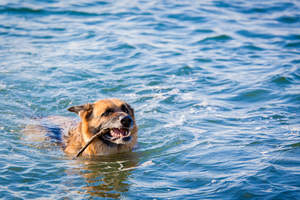 The German Shepherd is arguably one of, if not, the most “famous” breed of dog. Their origins, as the name suggests, are in Germany, where a concerted effort was made to breed the ideal dog. First they were bred into perfect dogs for herding and guarding the flock. Later on breeding continued to develop the intelligence and courage that we know today. It was given a new name, the Alsatian, and it was also sometimes simply called Shepherd Dog, with the "German" tag being removed after the First World War. This didn’t last long though, and in the 1930’s Kennel Clubs reverted back to the old name. They make ideal Police and Army dogs, pets, guard dogs, guide dogs, customs dogs and nowadays they are even used by search and rescue organizations. German Shepherds are really one of the most flexible dogs and will excel in anything you train them to do.

The German Shepherd is an athletic and intelligent breed and are well suited for advanced training. They love to please their owners, but you have to make it clear to the dog that they are NOT the owner and that you are in charge. Due to their intelligence, this breed will need constant mental stimulation and will get frustrated if their needs are not satisfied. German Shepherds are incredibly loyal and would quite literally give up their lives for their owner. Having a good relationship with your German Shepherd is key. They tend to get on better with their main owner but will fit right into family life. As mentioned before, they need to be taught who’s boss or they’ll take the role themselves. Once initial training is done (which won’t take too long as this is a very quick-learning breed), many owners choose to go with further advanced training. This in turn also helps the dog learn its place in the pack and it keeps their minds stimulated. German Shepherds will be protective of both their family and home. They are however generally good with children and other pets. They may occasionally behave aggressively towards other dogs and can be wary of strangers. Proper socialization starting from a young age will help avoid any problems. They do tend to shed a fair amount of fur, but it’s nothing a couple of brushes per week can’t remedy. German Shepherds need daily exercise and a chance to run around and play.They’ll be happy as long as they’re with you and you’ll find it hard to wear them out.

German Shepherds have a devoted and protective temperament. They will feel protective of home and family and will often be aloof or suspicious towards strangers. For this reason it is very important to socialise these dogs as much as possible from early puppyhood. They can be domineering towards other dogs and will have little patience with children who don't give them enough respect.

German Shepherds are usually a healthier breed, but the intense breeding that created this dog has made them slightly prone to Canine Hip and Elbow Dysplasia. Other possible issues include blood clotting disease, bloat, allergies, skin diseases and many digestive problems. 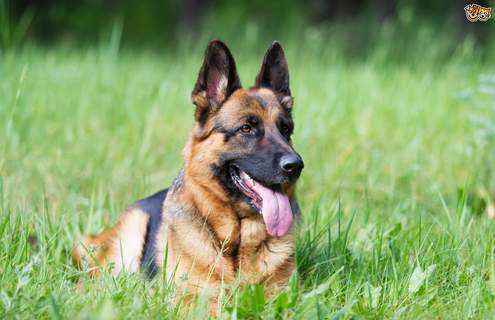 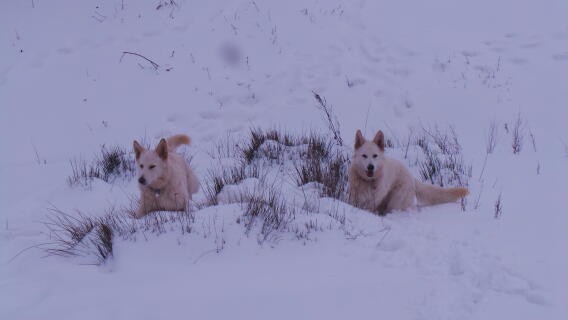 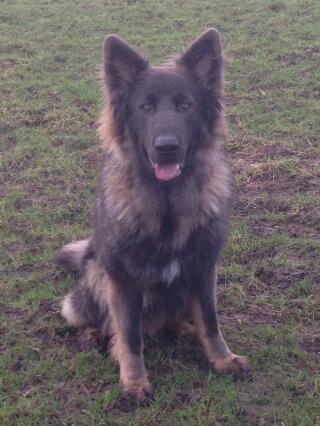 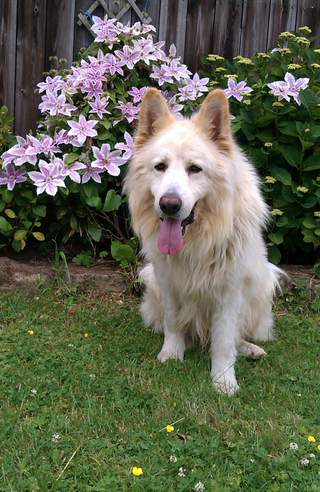 Intelligent and hard working but be aware of health issues - Selena, 17 May 2019

You don't make it to the top ten most popular dog breeds without health problems. Mostly due to inbreeding and backyard breeders. They are friendly dogs to their family but are very protective. Make sure that you spend the time to train your pup to accept others or at least check in before deciding for him/herself that the person in front of you is a danger. They are beautiful dogs and range from 70-120 lbs. As for health generally they are good skin wise but if you decide to opt for a reputable breeder make sure the parents are elbow and hip testing by OFA. This will reduce your chances of hip dysplasia and other expensive issues. Also check with your breeder and the AKC to see how inbred they are. anything under 1% is good and definitely back off with anything above 3%. Also remember there are 3 different lines. West show, East, and Czech. Each with their own temperaments and looks.

Loves lots of attention and great with kids! - Abigail, 12 August 2015

We have a lovely White German Shepherd, he is 4 years old, and gets on great with the family and other young children, but sees adult strangers as a threat, so he is great as a family pet and a guard dog 2 in 1. He is a very playful, energetic dog, and loves lots of exercise, but also likes to sleep a lot. He also thinks he's the police man, so sometimes needs a firm hand. So over all they are a great dog for the family as well as a great guard dog.