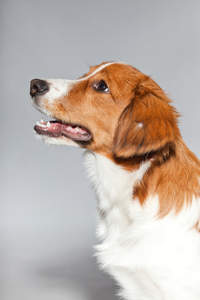 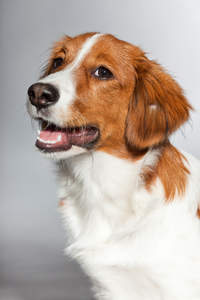 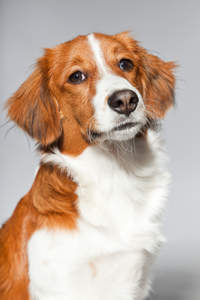 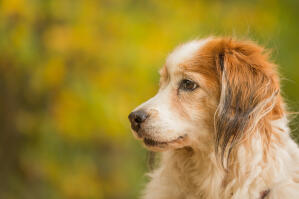 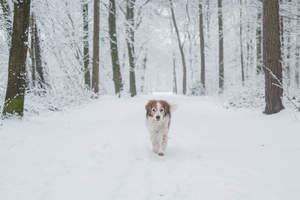 The Kooikerhondje, or simply Kooiker, is originally a Dutch breed. They were used in the Netherlands to lure ducks towards hunters (also known as Kooikers in Dutch, hence the name) and into their wanting traps and cages. When they were not on a hunt, they were expected to catch vermin on the farm. The breed first appeared in the 16th century, yet its exact origins remain unknown. Like with many other breeds, both World Wars took a toll on its population, and they almost faced extinction. They are still considered a rare breed, though their popularity outside of the Netherlands has been growing. They are classed as Spaniels.

Kooikers are an affectionate breed with a kind nature. This makes them the perfect addition to any family. They tend to be fine with children who respect them, though they may not be so well suited to toddlers who can’t show them the respect they desire. If raised with other pets, including cats, they’ll be fine. They need lots of socialisation in their younger years otherwise they’ll be shy and withdrawn when around strangers. Getting them used to different places, people, dogs and animals will all help curb this. They adapt to change quickly which makes them good for people who want an active friendly dog.

Kooikers have a strong character but can be a little sensitive. They are an intelligent breed and enjoy learning. They’ll require constant training to get the best out of them. Positive reinforcement, food rewards and clicker training all work well with this breed. They are both physically and mentally active and will need to have a chance to release this energy. They can make good jogging/hiking partners, though recall can be a bit of a problem. Sometimes their hunting instinct will kick in and they’ll be off, almost certainly ignoring your calls. Once they’ve had a chance to let out all their energy, they will be calm and content within the home.

Kooikers are great fans of food and tend to be greedy, so you have to keep an eye on their weight as obesity could be a problem. Blood clotting problems (von Willebrand disease) could also be an issue. Some hereditary issues could be present due to the small number of animals, though reputable breeders have slowly been excluding them.

Their coat will need two years to fully grow, with just a weekly brush in order to keep it looking good.

Kooikerhondjes have a reliable and easy-going temperament. They are adaptable dogs that will quickly get used to different tasks or environments. Training should start early and be positive, they don’t respond well to harshness. This combined with adequate socialization from a young age will produce a well-rounded, friendly dog perfect for almost anyone. They need one good length walk a day to keep them satisfied. 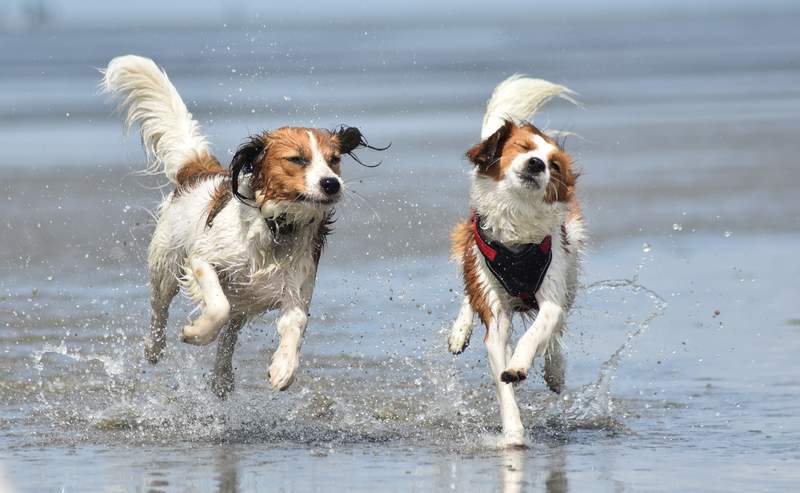