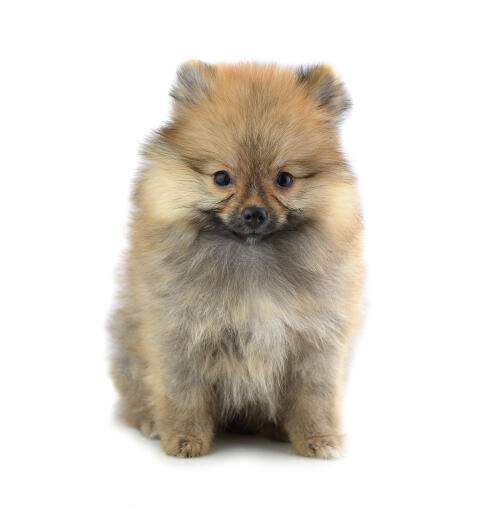 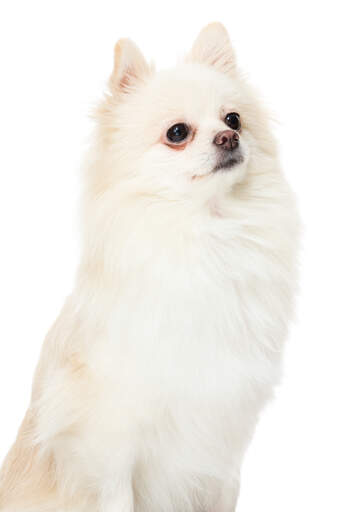 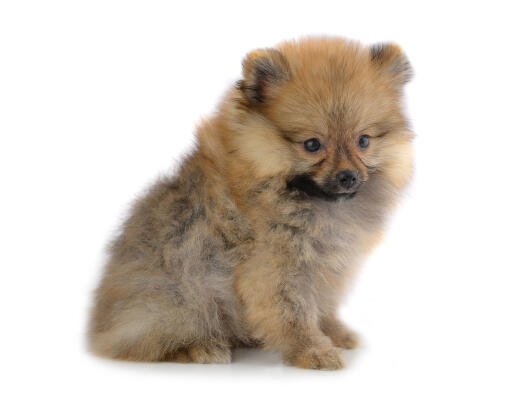 The Pomeranian comes from Pomerania (Germany/Poland). It is believed that they are descended from the German Spitz. Smaller puppies were selected to encourage the miniaturization of the breed. They are also sometimes known as Zwergspitz, Pom or Pom-Pom dogs. The breed gained popularity in the 18th century, and one famous Pomeranian lover was Queen Victoria, who ascended the British throne in 1838.

Pomeranians are alert and active little dogs. They enjoy attention from anyone around them and will actively seek it out. They are playful, bouncy and will seldom leave your side. This is an intelligent breed that is relatively easy to train. They like to keep their brains occupied, so learning new tricks and playing games will never fail to make them happy. Many do well in obedience training and agility as they have a natural urge to please those around them. Pomeranians are social dogs that will happily cuddle up to your or sit on your lap as you watch the TV. Their friendly nature makes them good therapy dogs. Their intelligence does have its downsides as they often use it to get what they want, a firm hand will be needed to make sure the dog knows its place in the pack.

Despite being such a small breed, Pomeranians are full of character. As is the case with many small breeds, they don’t quite realise their size which may lead to problems with larger dogs, so be sure to keep an eye on them when they are around other breeds. Early socialization is vital.

Poms usually get on well with other household pets if they are raised together. They can be wary of strangers until they get to know them. They are very confident and sometimes even cocky. They can become protective of their territory (i.e. the home) and will bark at the slightest noise. The “quiet” command should be one of the first things you teach them. They are rather sensitive to change and dislike being left alone for long amounts of time, often suffering from separation anxiety. You should get them used to being left alone for periods of time whilst they are still puppies to prevent any destructive behaviour in the home later on down the line. Toys can also help prevent separation anxiety, as it will give them something to do whilst you are out. Best suited for households in which someone is home at all times.

They aren’t demanding when it comes to exercise and in general will be happy with just running around in the garden or a walk around the neighbourhood. Healthwise they are relatively healthy and aren’t that prone to any major health concerns, though Patellar luxation (a condition where the kneecap replete lady slips in and out of its socket) can be a problem in some individuals.

Pomeranians shed a lot, and regular brushing and trimming will be needed to keep them looking neat and tidy. Occasional bathing will also be good for their coats.

The Pomeranian has a cocky and curious temperament. They are inquisitive little dogs who like to explore their surroundings. They are a social breed who love attention from people around them. They like to think independently and you will need to make it clear who’s boss from day 1 in order to stop them from trying to take the “top dog” spot.

Health problems that may affect Pomeranians include bone fractures, choking, patellar luxation (dislocation of the knee cap), progressive retinal atrophy (PRA: degeneration of the retina which can lead to blindness), heart disease and skin disease. 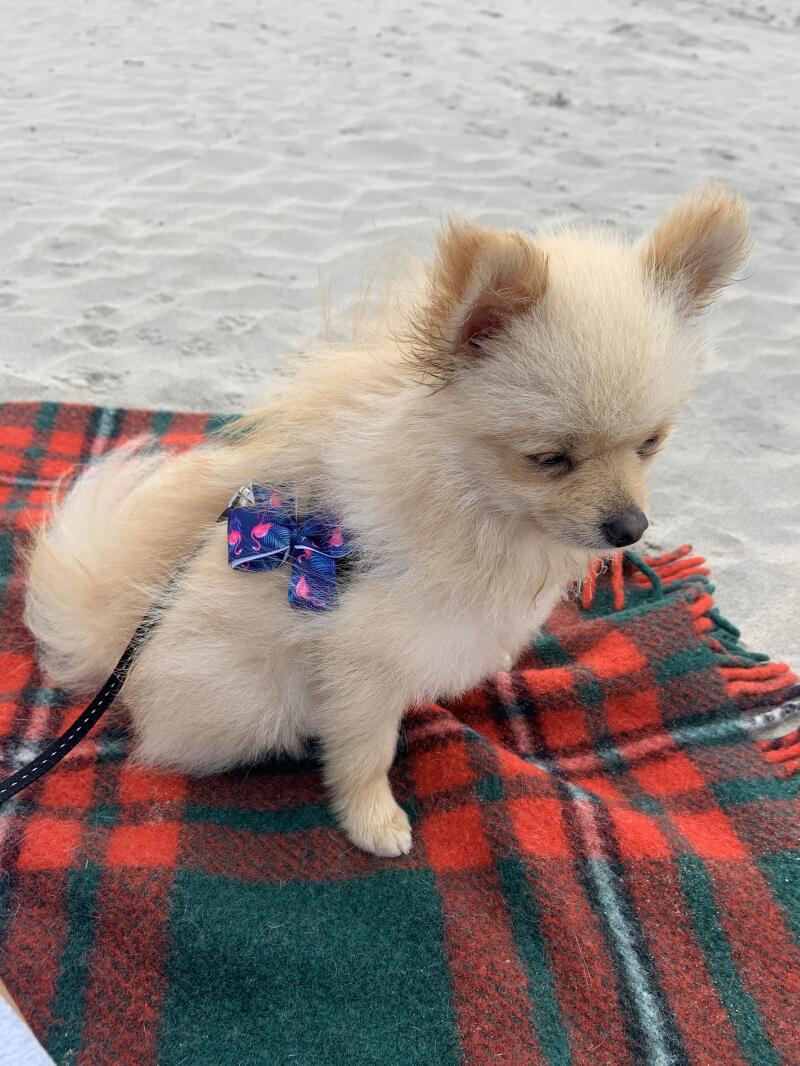 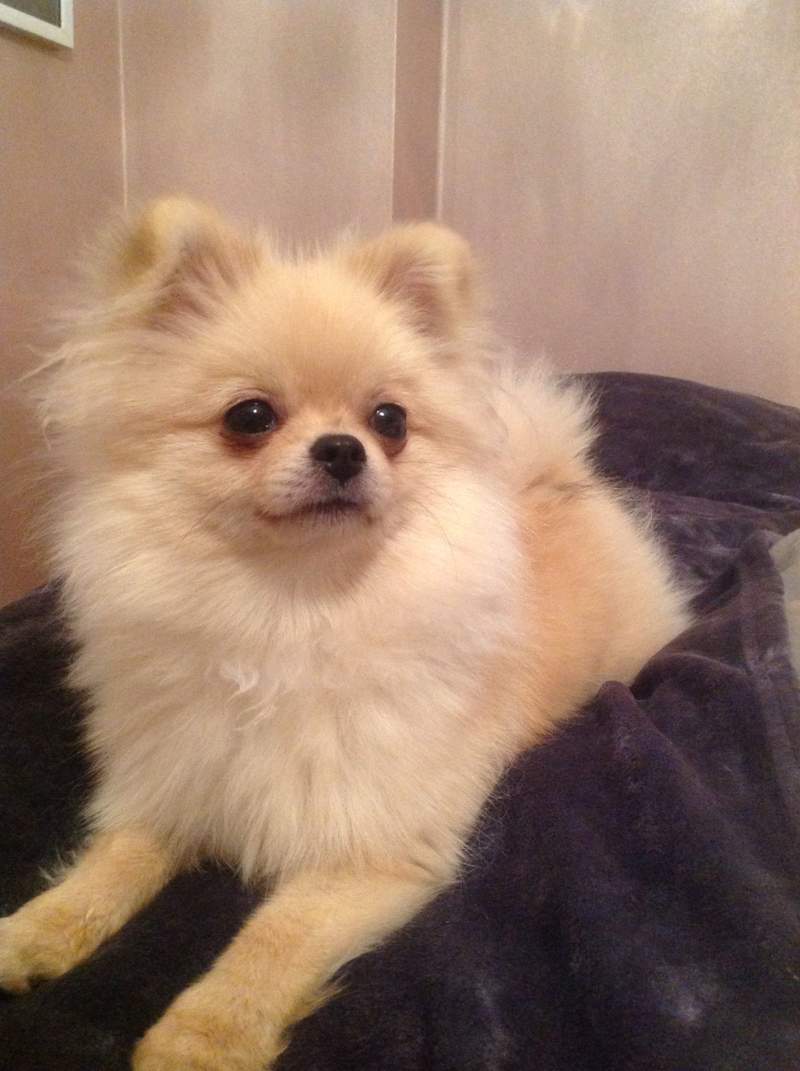