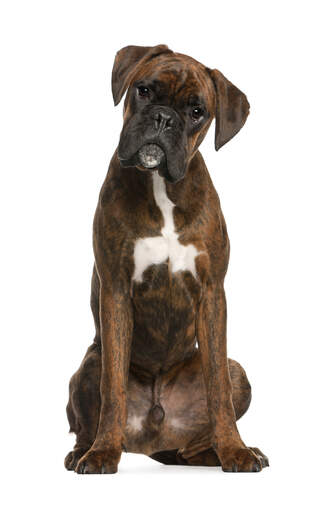 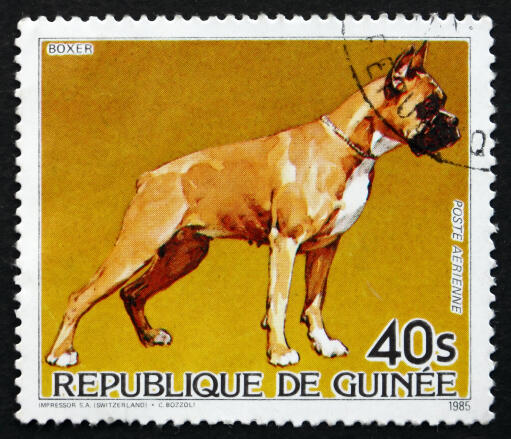 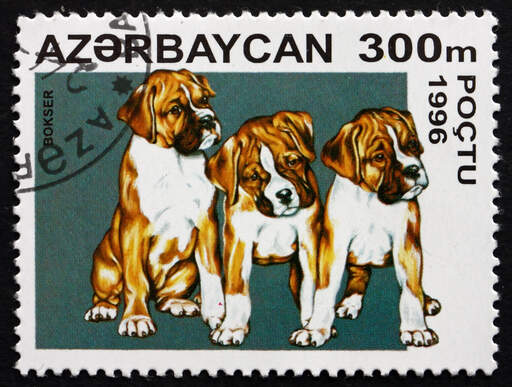 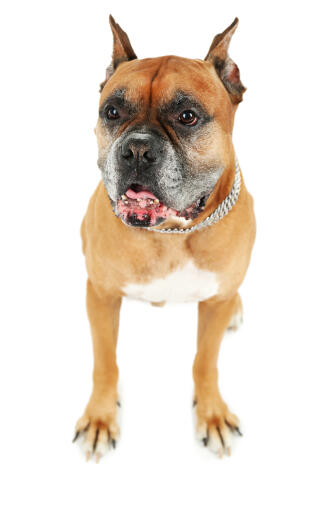 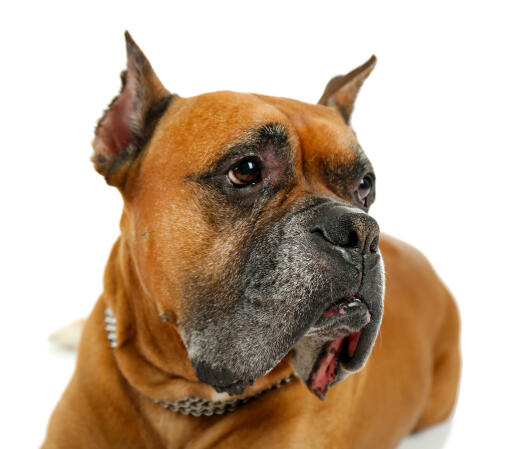 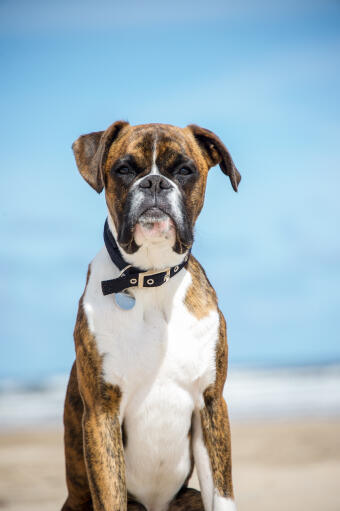 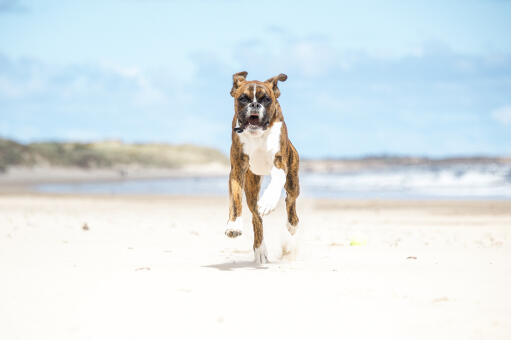 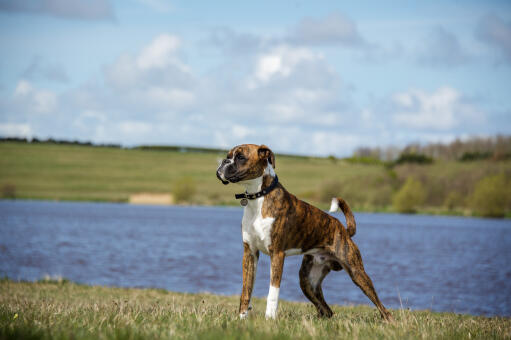 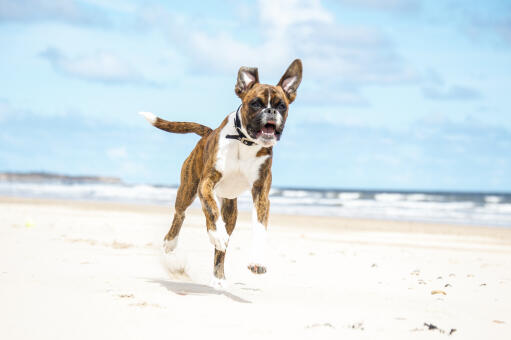 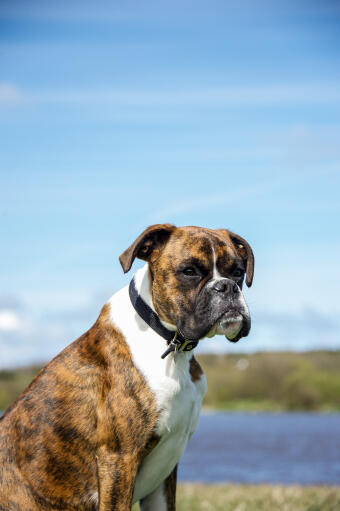 The Boxer originates from Germany. It is thought to have been the result of cross breeding German Bullenbeissers and Bulldogs. The breed was developed to its modern form in the late 19th century, for use as Butchers' dogs, controlling cattle at slaughter houses. By 1903 Boxers were being exported to America. They were used as guard dogs and messenger dogs, carrying packs, during the First World War. Their ability as a general purpose dog was soon realized. After the Second World War, US soldiers were so taken with the breed that they took pups back. Today Boxers are the 7th most popular breed in the US.

Boxers are natural guard dogs, always alert. They are protective of their family, but not overly so. They make good family pets and are playful and patient with children. They can be wary of strangers at first, but are generally accepting of anyone you invite into your home. They are usually fine with other pets/cats too, if raised with them.

Boxers are curious and active dogs who like to know what's going on around them. They are social animals and love human contact, so can have a tendency to follow you around like a shadow. They seek attention and hate being ignored. Belly-rubs are compulsory! Boxers are quite easy to train, being playful and enjoying human contact. Using games, positive reinforcement and treats will soon have your Boxer trained to a good level. They are not fast learners, but are loyal to you even if they sometimes try and push their luck and test your boundaries. Being fair and consistent is the key to training them - they are sensitive to commands, but stubborn at times. Harsh training will only bring out the rebel in them.

Boxers do well in agility, obedience, and guarding training. However, they mature very slowly and are not considered adult until they have passed the 3 year mark. Boxers like to get up to mischief, so the best way to stop this is to tire them out. They are energetic dogs and need a couple of decent walks every day. They are usually quite friendly with other dogs and recall is generally not a problem, so they can be allowed off lead for a chance to play. They like to jump, and sometimes do somersaults and generally entertain you with their exuberance when out walking. They are a fun loving dog and completely devoted to their family. Some can suffer from separation anxiety if not accustomed to being left alone and some do better with another dog in the house to keep them company.

Boxers have short, smooth coats that need little attention. They are not hypoallergenic, though. A brush once a week is usually enough to keep their coat looking tidy.

Boxers are lively and fun-loving. There is no such thing as an introverted Boxer. They will be enthusiastic, bouncy and outgoing well after puppyhood. They are inquisitive and attentive, forming tight bonds with their family.

They are generally good when kept with other dogs or pets but may show aggression to strange dogs. A great family pet, the boxer will love to join in with children's games all day. It is no coincidence that this breed of dog is so popular!