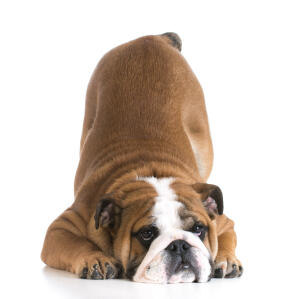 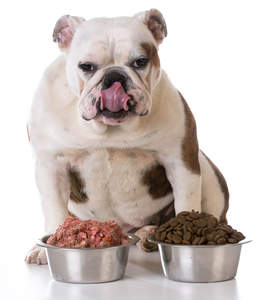 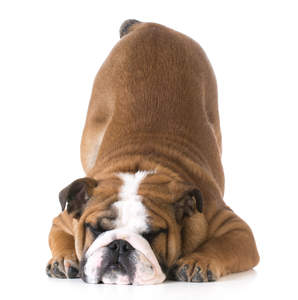 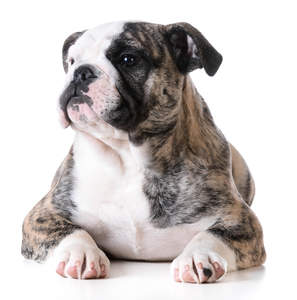 Bulldogs were first bred in England for bull-baiting, their flat, stout faces able to grip their prey. They became popular at Oxford and Cambridge Universities. This has led to them being commonly referred to as British or English Bulldogs, and they are still associated in popular iconography with Winston Churchill. English settlers brought Bulldogs to America in the 18th century, and US bulldog fanciers formed the Bulldog Club of America in 1890. The dog was found to be the fourth most popular breed in the US in 2016 according to the American Kennel Club.

Bulldogs make great family pets, and form strong bonds with children. They also get along with other dogs and other pets. Training them is a bit of a struggle, as they are rather lazy and not very bright, in general dog terms. They have, indeed, been rated one of the least intelligent breeds, ranked 78th out of 80 by obedience experts in the 2000s.

Bulldogs reach maturity by two and a half years, but paradoxically their lives are relatively short. At five to six years they start to show signs of aging, becoming ever less active.

The Bulldog looks tough, but he has been so inbred that he would no longer be able to perform the vicious bull-baiting job he was initially developed for. The muzzle has become so short that the dog no longer has any proper grip. The upside is that the decreased levels of aggression in modern Bulldogs results in a calm temperament, while the dog is still capable of guarding his home patch by barking at intruders, and forms strong bonds with its companions. They can be left alone without stressing, and have a rather independent nature.

Bulldogs are kind and affectionate. They are also stubborn and will often decide they don't fancy a walk today, thanks very much, and will simply plant themselves on the sofa and refuse to move. They make good family pets, though, with their docile nature meaning they get along with everyone. Some can be tricky to train as they are quite independent, and not too bright, but most are eager to please. 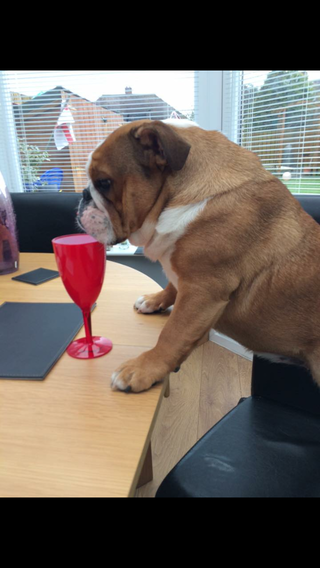