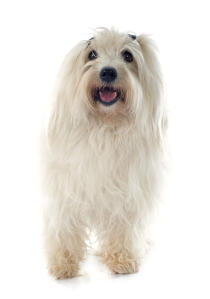 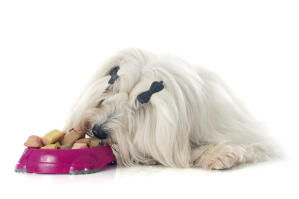 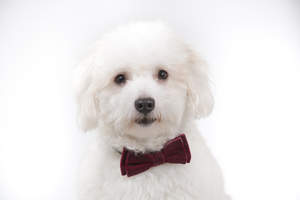 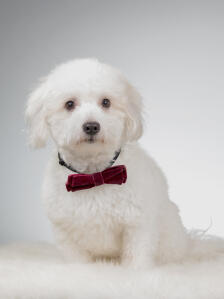 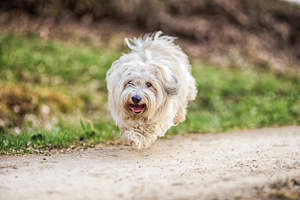 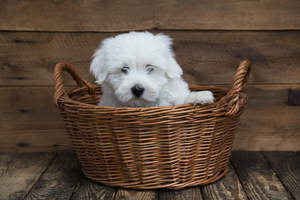 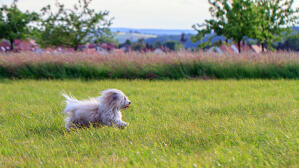 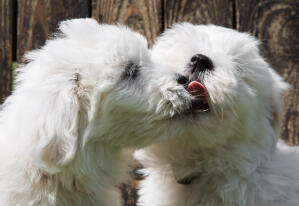 The Coton de Tulear breed, also known as the Cotie, was developed in Madagascar. Feral dogs established themselves in the country in the 16th and 17th centuries, possibly the offspring of dogs carried across the ocean on pirate ships. It is thought that these small, street dogs were bred with Bichon-like dogs that used to be common on the island of Tenerife, forming the basis of the breed as we know it today. An alternative origins story says that the ancestors of the modern breed were lapdogs brought by visitors to the island before the 19th century.

In the 1970s, this Madagascan Bichon was brought to France and established as a distinct and fixed breed. It became popular in the United States soon after this and became a much sought after breed.

The Cotie is playful and affectionate, and loves attention. They are always inquisitive and lots of fun, and they get on well with children, other dogs, and cats too, as long as they are socialized early. They are generally friendly with strangers, too, as long as they are used to company. Left in isolation with a single family, they can develop into shy and defensive dogs.

This is a breed that needs to have company for most of the day and dislikes being left alone for long periods. They need to be slowly trained to grow accustomed to being left alone, otherwise they can suffer from separation anxiety. In these situations they will get into the habit of constant barking, which can cause problems with neighbors. Alternatively, they may become destructive in the home.

Coties love pleasing their owners and are able to acquire cute tricks such as walking on their hind legs and other clownish antics. Positive reinforcement and lots of praise and fuss are the secret to successful training. The training has to involve lots of fun and games, as the dogs’ mild stubborn streak makes them rebel against more formal sessions. They are notoriously slow to house train.

This breed needs a short walk every day, and lots of running around space in the house or garden. Fetch and hide & seek are games they particularly enjoy. If their family is nearby, they are quite undemanding, and a bit of affectionate attention will keep them happy. They will happily go on a short run with you and will also take the opportunity to swim whenever possible.

Coties do not shed very much, but loose hair sticks to the surrounding fur, so daily brushing is very practical. Grooming by a professional should be carried out once or twice a year to keep the coat in top condition, and the dog will need regular baths to keep the fur clean.

Coton du Tulears have an easygoing and comical temperament. They enjoy fun and games in the garden followed by a snuggle on the sofa immensely. Very much a sociable dog who longs for interaction and affection the Coton du Tulear will usually be a friend to anyone. That said early socialisation is still important to help them become confident in meeting strangers. They can be tricky to house train and may make a noisy companion without regular training.

Coties can be prone to allergies, progressive retinal atrophy (PRA: degeneration of the retina which can lead to blindness), canine hip dysplasia (CHD), luxating patella (dislocation of the kneecap), heart disease, epilepsy, Legg Calvé Perthes disease (degeneration of the femoral head which can cause lameness and joint swelling) and dental problems.