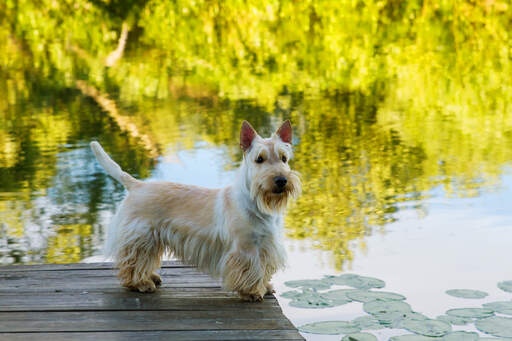 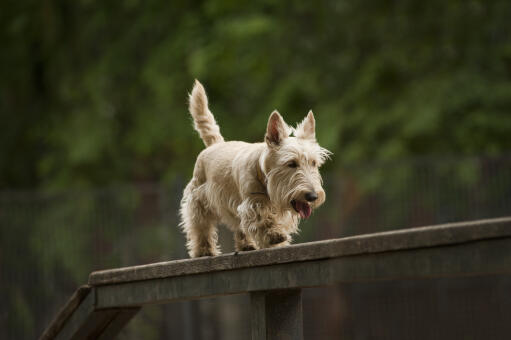 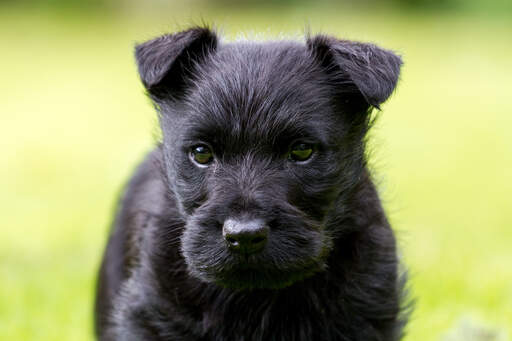 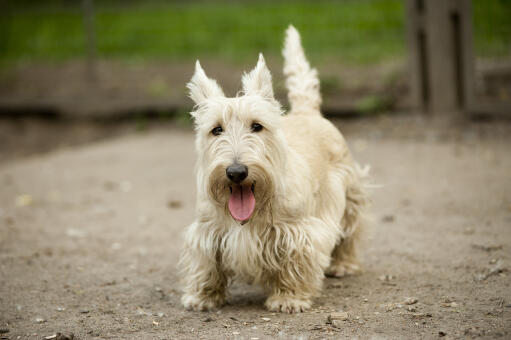 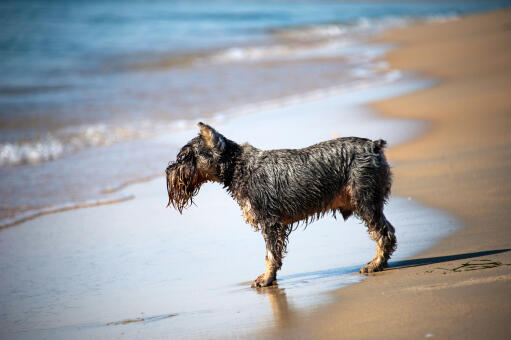 The first documentation of this breed dates back to the 1400s, though it is likely that they have been around for much longer than this, some stating that the breed has been around for around 1000 years. Up until the late 1800s they were classed as Skye Terriers, but during the 19th century many of the small breeds of Terrier were divided up into their own subgroups. They were originally bred for vermin control and they are very good at this job.

The Scottie is a hardy little dog that has a very determined and independent air about them. They are loving towards those close to them and are fine with children, though they are wary of strangers coming into the house. They like to be around their owners and can become destructive if left alone for too long. They will bark when someone is at the door and need to be taught that you decide who is let in the home, not them.They can sometimes get snappy if they aren’t fond of someone. Early socialisation and letting lots of new people into the home when they are young will help against this.

Scotties are loyal and loving towards their family, but don’t seem to care all that much for strangers. They settle down quickly and like to sleep on the couch. They are very in touch with the “mood” of the house and will pick up on whether someone is feeling down or sad. They are very dedicated to their families and will protect them. They can live with cats if raised together, but any smaller rodent-like pets will be in danger when this dog is around. Their recall isn’t great and sometimes they choose not to listen. If they catch the scent of something they’ll be off, often to be found five minutes later with their head halfway down a rabbit hole.

Training this breed takes a while. Like many other Terriers, they are independent thinkers and can be stubborn at times. They like to please you, but will do so in their own time when it suits them best. They can be great at agility and obedience if trained to a high level, they seem to enjoy the attention they receive from this. Scotties like to be out and about, though they should be walked on a long flexi-lead as they can’t ever be fully trusted when off lead, if they spot anything in the distance they’ll be off, ignoring your frantic cries of “heel”. They will however happily walk for hours on end, enjoying all the different sounds, sights and smells the outside world has to offer. Letting them off leash in a secure area is fine. They are mster escape artists and will find even the smallest hole in your fence and subsequently escape via it.

Their wiry coats need brushing 2-3 times a week plus a stripping every 3 months or so for show dogs and a clipping every 4 months or so for pets. They also seem to react badly to any flea bites, so they should be treated monthly and combed more often with a flea comb during the spring and summer months.

Scottish Terriers are steadfast and loyal dogs. They enjoy being by your side and often become particularly attached to one person. It is difficult to keep a Scottie quiet, and they are hyperactive outdoors, digging up your flower beds given half the chance. They are friendly with other pets and dogs, usually, but fairly stubborn which makes them tricky to train.